A Trip Back on Memory Lane 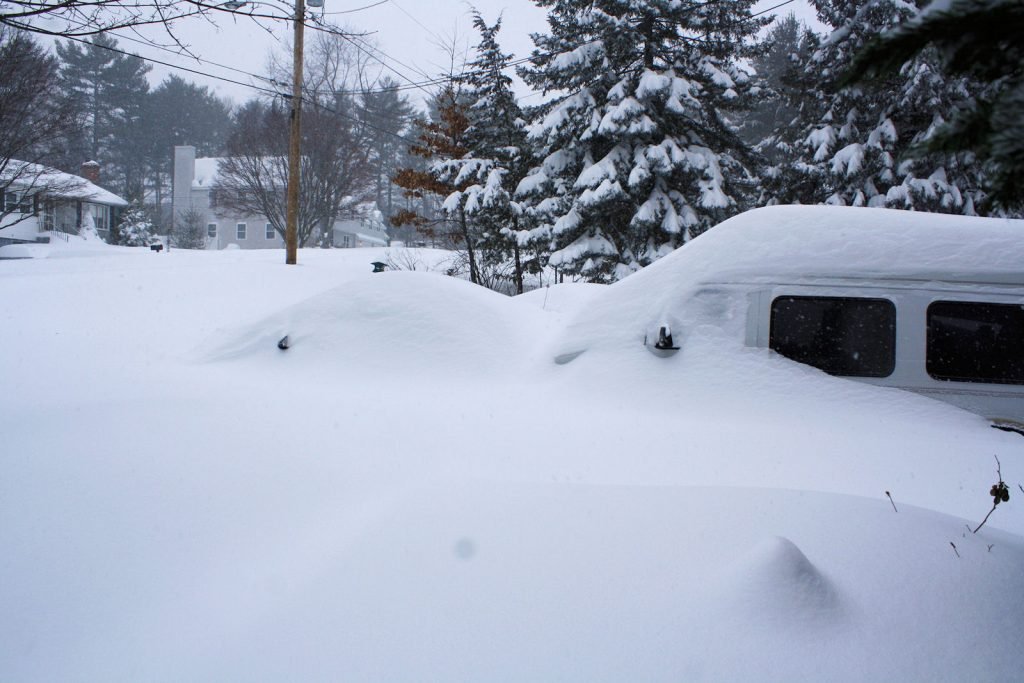 I received an email from Kenny here at skisoutheast.com this past week that it was the anniversary of the biggest in-season blizzard that most can remember. The snow storm occurred that second week of March 1993 and basically put a halt to many parts of the region and emptied the shelves at most grocery stores.

The storm came as my third season at Snowshoe Mountain Resort was coming to an end.  Kenny in his communication with me asked me to recall those three days for everyone. I did so which he used in a First Trax column but I thought I would also share them with you this week, so here goes.

I remember getting the advance forecast from our weather service that we subscribed to at the time, Accu-Weather and having to call them to make sure their forecast of over 30-inches of snowfall over the active weather period was not a typo.  After contacting the meteorologist on duty, I learned to my dismay (do you realize just how much snow that is) that the actual snowfall total could exceed 40 inches over the participation period.  We would find out about 38 hours later that forecast was true and memorable.

I remember it started snowing during the night of Friday, March 12 and when I woke up to go to work at 4 am Saturday, I already had snow over the axles of my truck in my driveway at 2800 feet about seven miles north of Snowshoe’s entrance and had to dig it out, all the time thinking it was going to be one of those days.  Boy was it ever as it proceeded to snow for a total of 38 straight hours dumping 44 inches of snow on Snowshoe Mountain Resort at the 4800 feet summit.  That sounds great for a ski resort, but believe me, it was tough to get around. As you can imagine there were huge snow drifts everywhere and when cars are parked in a lot outside of a lodge or condo, it’s tough to plow without burying vehicles.  Another problem was that we had already received a bunch of snow prior to the blizzard, which created problems on where to put the snow that was falling.  Mountain Operations was using a front-end loader and filing up dump trucks and dumping wherever they could, which was very limited. As they say, it was a perfect storm.

While we were dealing with the blizzard, WV Governor Gaston Capterton shut down the interstates and basically told everyone to not drive.  It was the correct decision because folks had to abandon their vehicles and that was causing a log jam on the highways. Well we had folks still trying to come in and some folks trying to get out, but for the most part everything came to a standstill.  The resort never lost power and we made the best of a very challenging situation and we even sold t-shirts that read, “I survived the ’93 Blizzard” sight unseen and mailed them to the guests (about 1,000) after we got them printed. In fact we had to do a reorder.  It was an event that is still discussed by some of the employees who worked through the storm.

One interesting story from the blizzard is that we used our groomers to plow some of the roads and parking lots as they had the best traction.  Well to make a long story short, one of our groomer drivers went to push a pile of what he thought was snow and it turned out to be a Volvo station wagon that was totally buried.  Needless-to-say the resort bought the guest a brand new Volvo.

All in all it was an experience I will never forget, but in the end the skiing was AWESOME!  This storm occurred prior to the internet. Could you imagine the amount of traffic on social media if that type of storm had occurred now?  It made any smaller storm, like a foot or so, seem so much smaller than ever before.

By the way, it’s time for all of you to start thinking about making those final turns of the season at your favorite ski resort.  Most of the resorts have either announced their final day of the season or are having meetings to determine when that day is going to be, make sure to check the resorts’ websites.  With the amount of snow on the slopes right now, you can expect a few of the resorts to probably try and stretch the season into the first week of April.  We will just have to wait and see as the conditions remain very nice as of this writing.

So you have been forewarned about the end is near for this season on the slopes in West Virginia, Virginia, Tennessee, Maryland and North Carolina. Get out there and have some fun one more time.  Next week, the 2014/15 Snowies, don’t miss out.

Previous Post
22 Years Ago the Storm of the Century Left People Digging Out Weeks Later
Next Post
Plenty of Snow Left, Especially for Mid-March