A Soggy Start to the Week 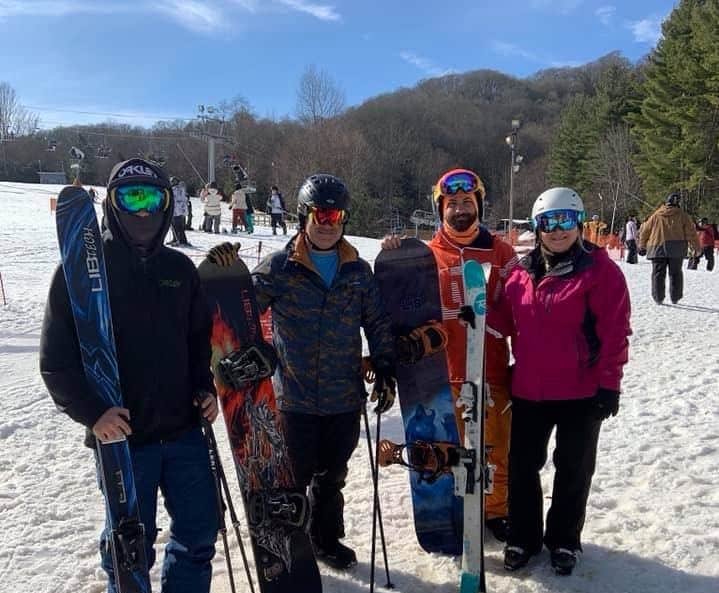 Today’s Featured Photo is from Starlet Perez Allo and crew at Cataloochee Ski Area from this weekend. She reported, “It was a great day out there today!”

For as beautiful of a weekend it was, the week is starting off rather dreary. However, things are looking up.

It was a great weekend across the Southeast and Mid-Atlantic after snowmaking conditions along with 4-10” of natural snow last week set the stage for the best weekend of the early season.

This morning, however, is a little soggy.

Some light rain is falling across the region and fog has set in this morning.

As I am writing this, I can hear the rain on the roof of the Ski Southeast offices as a heavier shower is rolling through, but today shouldn’t be a total washout.

With more rain on tap for tomorrow, it is going to be a wet start to the week for sure, but all things aren’t lost. Rain will turn to snow on Tuesday night as cold and snowmaking temps return by the middle of the week.

Right now, the end of the week and weekend look solid.

For today, there are five resorts open for play.

Appalachian Ski Mountain – Featuring eight slopes open serviced by four lifts, they are riding on a 26-34” base with a groomed surface.

App Ski Mountain announced early this morning that Fresh Friday’s are returning to the terrain park. Check out this great Facebook post.

Beech Mountain – A wet packed surface on an 18-34” base with seven slopes and six lifts open.

It’s a bit foggy on the mountain this morning as you can see in this photo from Resortcams.com. 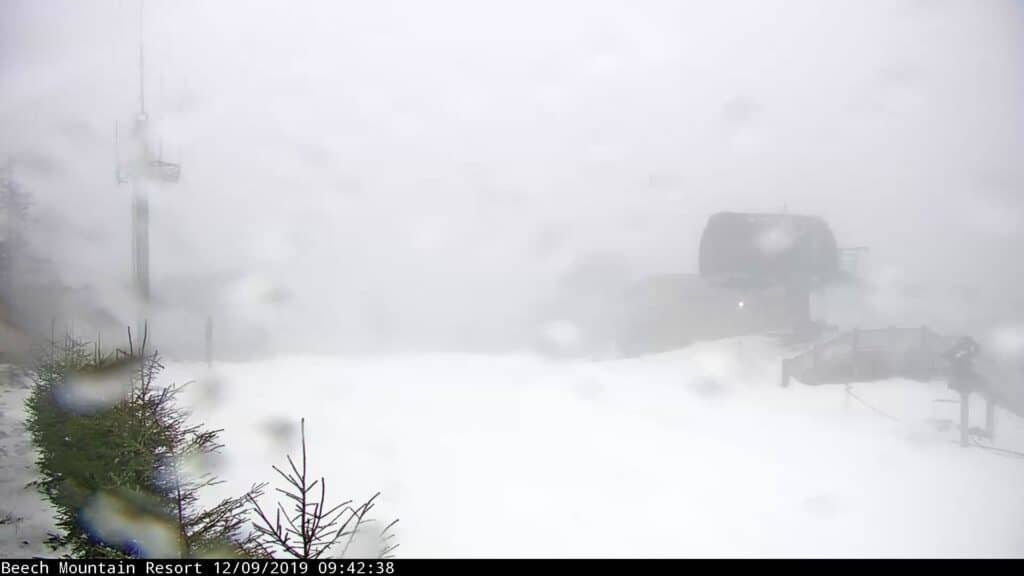 Cataloochee – Coming off an outstanding Can-U-Ski Food and Coat Drive on Sunday, they have a 25-45” base with nine slopes open with four lifts operating.

Along with our featured photo of the day that Starlet Perez Allo sent over, messageboard user Meimei sent us these great shots from Cataloochee on Sunday as well. Conditions looked fantastic and it was great to see Cataloochee have such a great crowd for the Can-U-Ski Food and Coat Drive.

Snowshoe – After opening 20 more acres over the weekend, they are playing on 20 open slopes with five lifts operating at 4848’. They have a 58” base with a groomed surface.

Check out this beautiful shot from over the weekend as Snowshoe made snow in the Western territory. 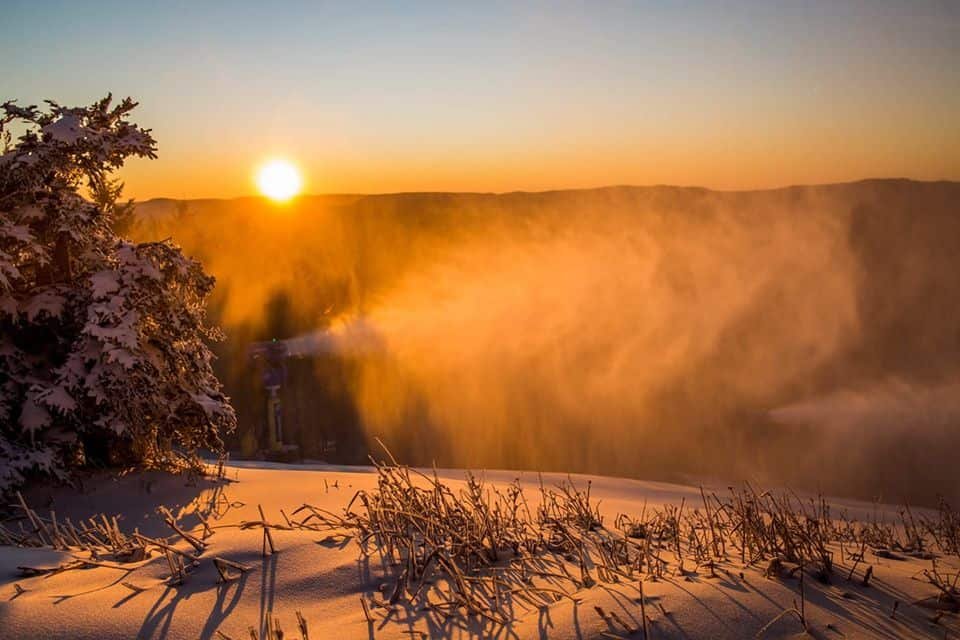 Sugar Mountain – Sugar was able to up add a run to the mix as they have eight slopes and three lifts operating. They have a 24-40” base featuring a manmade powder and frozen granular surface.

All-in-all, there are still great conditions out there.

This is a big week as we should see double-digit resorts open for the first time this season this weekend (weather permitting).

With some natural snow and cold, it is going to be awesome.