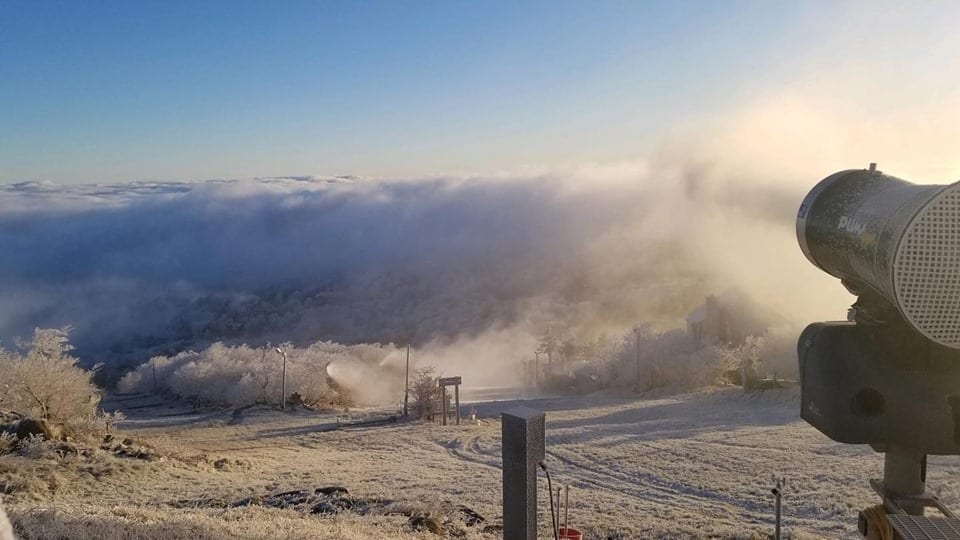 Our favorite roar in the mountains is alive this morning.

Three resorts – Beech, Cataloochee, and Sugar Mountain – are making snow after yesterday’s roller coaster that saw temperatures drop 40 degrees in places. As a cherry on top of the cold temperatures, a light dusting of snow fell across the region

If you watched the Appalachian State game last night, you heard the announcers talk about the dramatic drop in temperatures as well as the light snow that was falling.

That was the case all over the region as all our member resorts saw flakes fall with some having a heavier dusting then others.

As Halloween came to a close last night, the trio of resorts starting making snow around midnight and will continue to do this morning as temperatures allow. 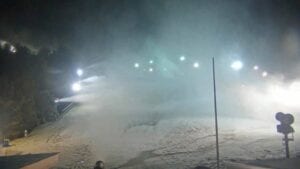 The temperature at the North Carolina resorts is forecast to rise into the 40’s today but drop back down to 26 tonight which should allow the snow guns to come back on. That trend looks like it will be the case over the weekend.

All this begs the question of the week -will the 2019-20 season open this weekend?

Sugar Mountain is going to try and open on Sunday if possible. 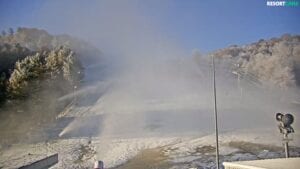 There has been no definite announcement, but it wouldn’t surprise us to see Cataloochee open within the next 24-48 hours – as soon as there is an announcement, either way, we will certainly spread the word.

Anyway – an opening is certainly weather dependent on seeing how long those snowmaking windows last at night. The ops crews can work a lot of magic in a short window of time to get us on the slopes. (This is a great time to #ThankASnowmaker).

Beech had previously announced their opening day as November 23 so they may just be testing the upgraded snowmaking equipment and getting ahead of the game. Check out these great shots they posted to Facebook this morning.

I fully anticipate Snowshoe will join in the snowmaking fun over the weekend as they start preparations for their opening day on November 22 – weather permitting.

After months of waiting, the season is almost here – finally!