The 2010-2011 Ski and Snowboarding season will go down as one of the craziest, wildest rides of any winter season in recent memory. Many of the region’s ski resorts were screaming along with lots of deep snowfall numbers for the season through February 2nd and then at nearly the same time that the groundhog came out and declared Spring would come early …it DID.

Check out some of these numbers:

Some areas actually fared better post February 2nd than others. The West Virginia ski areas had about 37" of snow after February 2nd as compared to a foot of snow or so elsewhere.

Along with the near stoppage of natural snows came the milder temperatures that came in and stuck around since mid February. David Lesher’s weather center in Tucker County, West Virginia shares that they had 26 of the last 45 or so days where the high temperatures have exceeded 45° and many of those hit into the 50s. Resorts within Virginia, Tennessee and North Carolina saw even slightly milder temps than the WV resorts in the last 45 days with nearly 30 of the 45 days with temps at or exceeding 50°. That’s downright nutty!

Even with nature’s snowmaking system shutting down in early February many ski resorts met or exceeded their normal or average season snow totals for an entire winter. WHAT IF things had continued like the first half of the season? Beech Mountain might have had 250" of snow!!! At the midway point in the season, Beech had actually kept pace with the usually more snowy Snowshoe Mountain.

Several of you guys asked how things "ended up" as far as snowfall is concerned. You should know that I’d normally ask that you guys hold your hands out in front of you so I can slap your wrist as punishment for asking about season ending snow totals BEFORE the season is over. Remember that we’re still skiing and riding for another week and change. THIS SEASON I’ll let you guys off the hook because unless something freakish happens I’m doubting there’s anymore snow coming from the heavens this season. We’ll see.

With that in mind, here’s where the resorts stack up compared to their normal or average snow totals for the 2010-2011 season: (The second number is the average per season.)

As you can see from the list above, Canaan, Timberline, Wisp, Beech, Sugar, Wolf Ridge, Cataloochee, Appalachian and Ober (nine resorts) ALL exceeded their average winter snowfall totals. Snowshoe, Winterplace, Sapphire and all four of the Virginia resorts (seven resorts) were below normal for the season with Wintergreen Resort in Virginia only seeing about a foot of snow all season long.

I remember the forecasters prior to the season talking about resorts in the northern part of the Southeast and Mid Atlantic getting normal to above normal snows while those in North Carolina would be below normal. That turned out crazy wrong…

We’ve been doing this little network of ski, weather and webcam websites for fifteen seasons and of course the early days back in the 90s saw comparatively lower traffic numbers than the nearly four million visitors that we’ve attracted in each of the last two seasons. However, even OUR OWN numbers dipped after February 10th more than in any season in our brief HISTORY – percentagewise. We’ve always seen traffic dip in March, however when the weather went "south" our numbers began to dip. If we’d have continued at the pace we’d seen in November, December and January of this season – we’d have blown the doors off of our record daily and seasonal visitor numbers that we set during the 2009-2010 campaign. Last season we saw nearly FIVE MILLION visitors – and THIRTY ONE MILLION page views! However even with another week or so of season left – we’ll not come close to last season’s traffic numbers.

This season we’ll come in at slightly under four million visitors and down as much as 40% in traffic during February 2011 compared to February 2010. Think the weather has had something to do with it? Yea, me too!

I think when all is said and done – the same will be said about physical skier visits at the resorts themselves. There was a severe dropoff of daily traffic from mid February and as of yesterday we only delivered 18,000 unique visitors and 168,000 pageviews. That leads the region BY FAR in terms of what we’re tracking with independent tracking websites for the southeast and mid Atlantic – but woefully short of the kind of numbers we saw on March 17th, 2010.

One little BLIP on the radar was President’s Day 2011 where we can thank a disgruntled former messageboard member for a record high number of pageviews for SkiNC.com in one day. However that accompanied a record LOW visitor number since nobody could get to the website for about half the day.

Like I said, it was a crazy, wild ride this winter!

WHAT ARE REGIONAL REPORTING SERVICES THINKING???

As crazy as our own visitor numbers have been this season, we’re killing it compared to all of the other regional ski and snow reporting services.

I was looking around at numbers for some of the region’s ski and snowboarding websites and was astonished to see the region’s NUMBER TWO ski and snow reporting website had only entered SIX updates to the their website since mid JANUARY and only sixteen updates since January 1st! Their traffic looked brisk with 35000 visitors in November, 40000 in December, 50000 in January and it dipped in February with 30,000 again. Not bad for so little input and reporting. There’s no wonder that their traffic is less than a THIRD of what it was a year ago.

North Carolina’s official ski area association website – GoSkiNC.com website saw about 1000 visitors in November, 10,000 in December but then back down to 1100 in January, and up a bit to 1200 or so in February. Seems some advertising took a bunch of first-timers to the site in December and they never came back. There were no updates other than daily snow reports offered all season.

West Virginia’s GoSkiWV.com fared about the same as North Carolina’s. They saw nearly the same trend and provided no updates on their site either.

The only ski and snow reporting service website that we’ve seen with GROWTH from last season to this season is that of OnTheSnow.com which saw an 11% growth comparing this season to last. Of course the weather has been a LOT more consistently snowy across much of their primary area of coverage (the Rockies and west). Of course those guys update their content like we do…everyday and often multiple times a day.  They see very little visitorship from east of the Rockies compared to their west-of-the-Rockies audience.

I tell clients everyday – if you want to be crazy, great and productive ON the internet, you HAVE TO BE PART OF THE INTERNET. There’s no wonder why Snowshoe’s SnowshoeMtn.com is a well trafficked INDIVIDUAL ski resort website in the region for traffic. Laura Parquette and the Communications department updates their website with a bit of a blog every single day of the season. Great job there…

Want to know which individual local ski area website is MOST visited?

Surprisingly – Massanutten’s…or maybe not surprisingly to fans of "The Nut". They’re site (massresort.com) is far and away the most visited of the separate ski area websites in the southeast and mid Atlantic. Number two is Snowshoe’s. WintergreenResort.com comes in a fairly distant third and then they are followed closely by Ober Gatlinburg’s website. Sugar’s website is next, with Beech coming in slightly behind them. Wisp Resort rounds out the top seven ski area websites in the area. From those relatively impressive trafficked websites there’s a substantial drop off to the second tier of websites with Winterplace, AppSkiMtn.com, and Cataloochee’s site pulling less than one-fifth of what the top sites do.

Wolf Ridge’s skiWolfRidgeNC.com is by far the least visited ski area website of the most notable ski areas in the region. Only Sapphire’s website pulls less in the entire area.

Most of our readers are aware that our network of ski, snowboarding, weather and webcam websites is operated by AppNet.com which operates primarily as a web marketing company. We are well aware that if you’re sitting still in terms of what you’re offering your visitors you’re dying. With that in mind we have some pretty aggressive ideas for growth going into next season. Admittedly I’m personally wavering on what lies ahead for next season. We’ve entertained some ideas that range from staying status quo, to selling out, to growing our coverage area. We intend to communicate with the ski areas and the ski area associations during the offseason and depending on their interests in what we have to offer, we may go in any of perhaps a dozen different directions with this web presence.

To that end…and perhaps as some HINT of where we may be headed we now own:

As they say…we’ll see. July will be here before we know it and if we’re going in the direction that I think we’re headed, we’ll have a truck load of work to do prior to the opening of the 2011-2012 season.

Feel free to drop me an email with your thoughts, suggestions and ideas! Email me at [email protected] 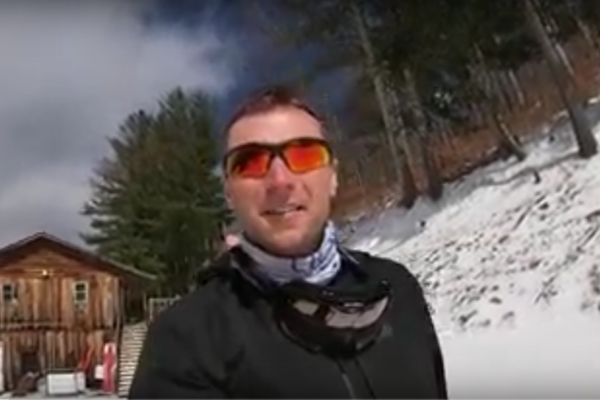 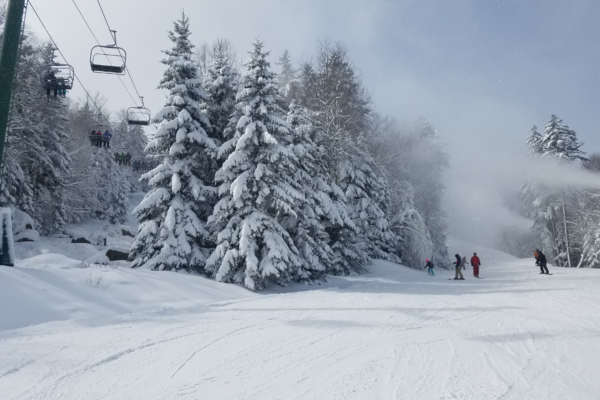 This is Why We Do This… 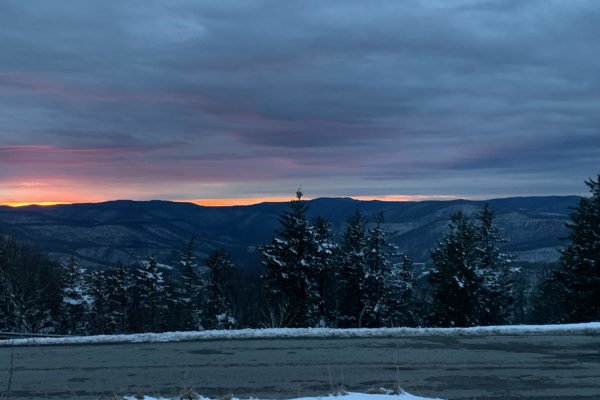