It is going to be a beautiful bluebird day.

App Ski Mountain is set to join the fun as they kick off their 2020-21 season this morning – joining Sugar Mountain and Cataloochee on the list of open resorts.

We add a pair of resorts to the list tomorrow – Snowshoe and Ober Gatlinburg – with one more addition on Saturday – Beech Mountain.

The season is off and running.

Snow showers and flurries tapered off yesterday morning leaving the mountain op crews to keep doing their thing and they did it well as always.

App Ski Mountain is dropping the rope with a 12-20″ base with a groomed surface to play on. They are skiing on six slopes with Appaljack and Appal Jam open as well.

Online reservations for Appalachian Ski Mountain are required for the 2020-21 season.

Cataloochee is riding on eight trails with three lifts in operation. They have an 18-28″ base and are reporting a machine worked/packed powder surface.

Sugar Mountain is playing on a 17-47″ base with a manmade and frozen granular surface. They are offering seven trails serviced by three lifts.

Snowshoe opens the season officially tomorrow, but they are hosting an Employee Appreciation/Season Passholder Day to thank those folks for their work and support of the mountain. It also gives us a look at what should be offered tomorrow when the rope drops on the 2020-21 Snowshoe season.

They are playing on a 45″ base with a groomed surface (the corduroy looks heavenly this morning). The crew at 4848′ are offering nine trails (mostly in the Central Basin) with the Ballhooter, Powder Monkey and Skidder lifts open.

Our own Kenny Griffin is at Snowshoe for opening day (where he sent today’s featured image from) so be on the lookout for content from him over the next couple of days.

He was able to sneak a few runs in this morning and sent over some great shots. 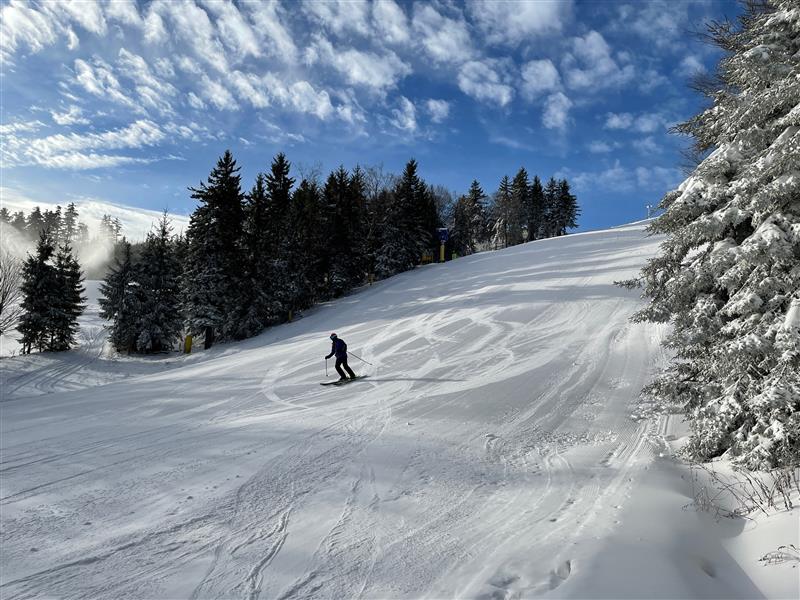 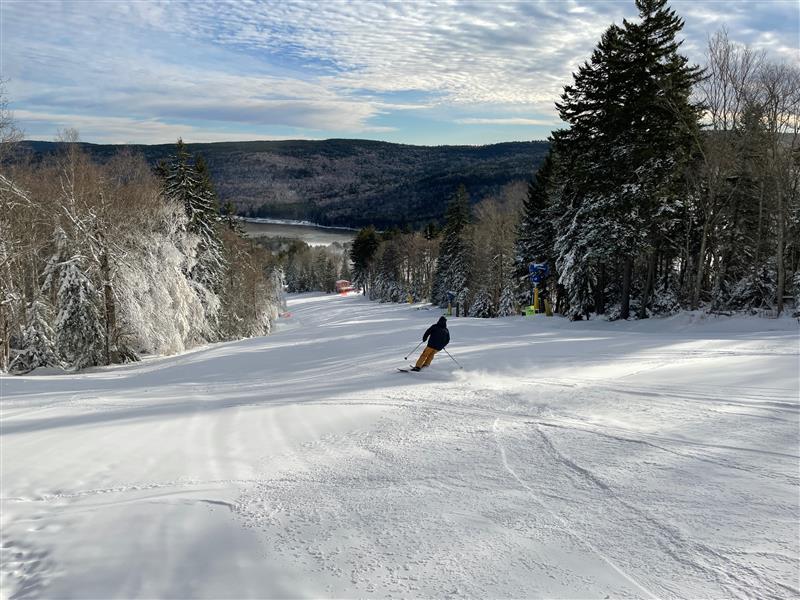 Snowshoe also posted this video on social this morning to help us get in the right mindset to hit the slopes.

If you hit the slopes, be sure to send us your photos because we would love to see them.

Ober Gatlinburg will start the lifts on Friday and they have announced they will be playing on five trails plus the terrain play from 12-7.

It has been a fantastic week from the natural snow and snowmaking – it is hard to believe just a week ago we were at zero open resorts.

Snowmaking has slowly stopped at a few locations early this and will come to a crawl later today at just about every location as temperatures rise.

The pause won’t last long as snowmaking should resume for the overnight hours before some warmer air and underdeveloped snow moves in tomorrow.

However, the trend continues to look fantastic with cold temperatures returning and some natural snow mixed in.