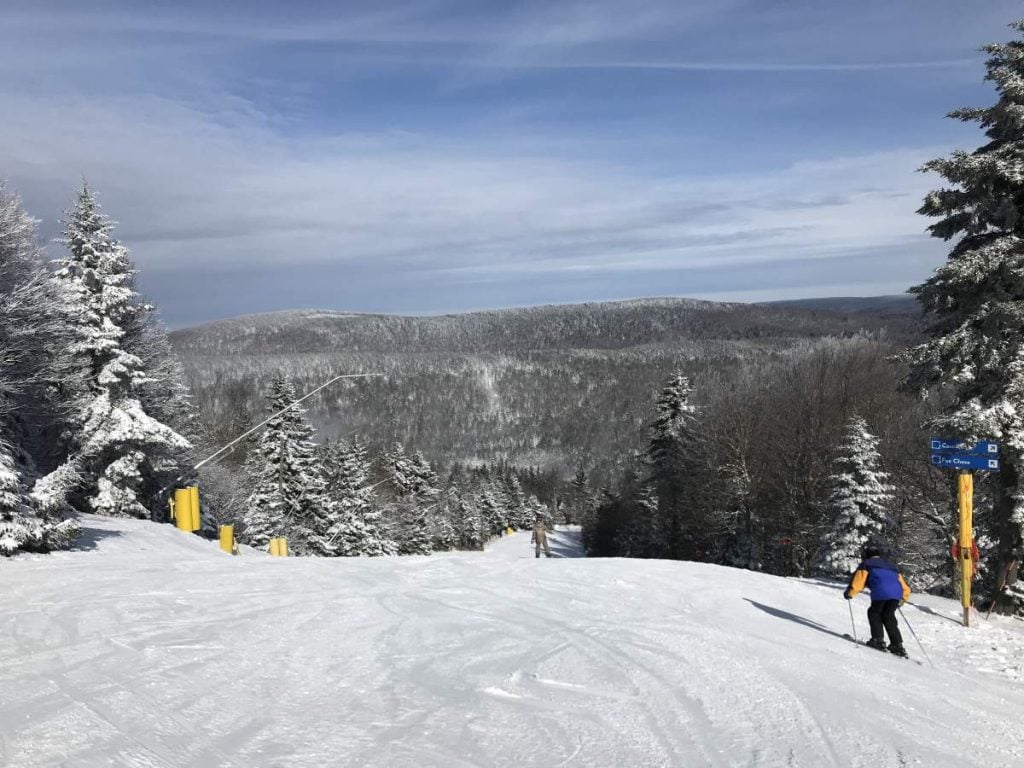 The beginning of 2017 was sub par to say the least.  We had two ridiculous warm spells in January and February that wrecked last year’s season.  The year is going out on a high note though as this has been a December to remember for skiers and snowboarders in the Southeast.  We haven’t had any major snowfalls for the most part, but man oh man has it been COLD and it looks like we’ll see more of the same for the foreseeable future.

I’ll go ahead and apologize if this isn’t a lengthy post.  I am headed out shortly to get as many laps in as I can on Ballhooter before the crowds show up.  Mike and I are meeting up with Joe Stevens and Shawn Cassell for a bit and then I’ll probably meander over to Silver Creek later this morning once the lift lines get bigger.

The last few weeks worth of cold and snowmaking has definitely caught the eye of many skiers and snowboarders in the region as Snowshoe is at full capacity.  The same can be said of many other ski areas in the Southeast.  I was scanning the webcams at one point yesterday and some showed lengthy lift lines while all of them showed healthy crowds.  I don’t get all of the information like Mike does, such as financial figures and visitor stats, but I don’t think I’m going out on a limb here when I say this week is going to be a huge success for ski areas in the region.

If you didn’t make it out on the slopes yesterday, you missed out on some great conditions.  That said, it was FREEZING.  The morning saw some bone chilling numbers and here at Snowshoe I walked outside for about 10 minutes without gloves on and my hands were numb.  Good job Kenny.  It did “warm” up a little bit though as we saw bluebird conditions for most of the day.  That “warming” up has continued this morning as temps are generally 5-10 degrees warmer than 24 hours ago at this time.  I keep putting quotes around warm because it’s still frigid.  I chuckled a bit when I read “Temperatures moderating to a more comfortable 30 degrees today” on Massanutten’s snow report.  One look at the SNOW REPORT page and you’ll see that temperatures range from the upper single digits to the low 20’s at the ski areas this morning.  Needless to say, snowmaking took place at every ski area overnight.  Conditions this morning should be excellent anywhere you go.

As I mentioned above, this cold snap is going to continue for the foreseeable future.  The forecast is amazing right now.  I’ll let Brad Panovich explain…

Brad is correct when he says that this stretch of cold could define the rest of the season.  We all know that snowmaking here in the Southeast is incredible when conditions are right, but even someone like myself gets taken aback when they see massive whales in person.  Here is a shot of some of those said whales yesterday here at Snowshoe. 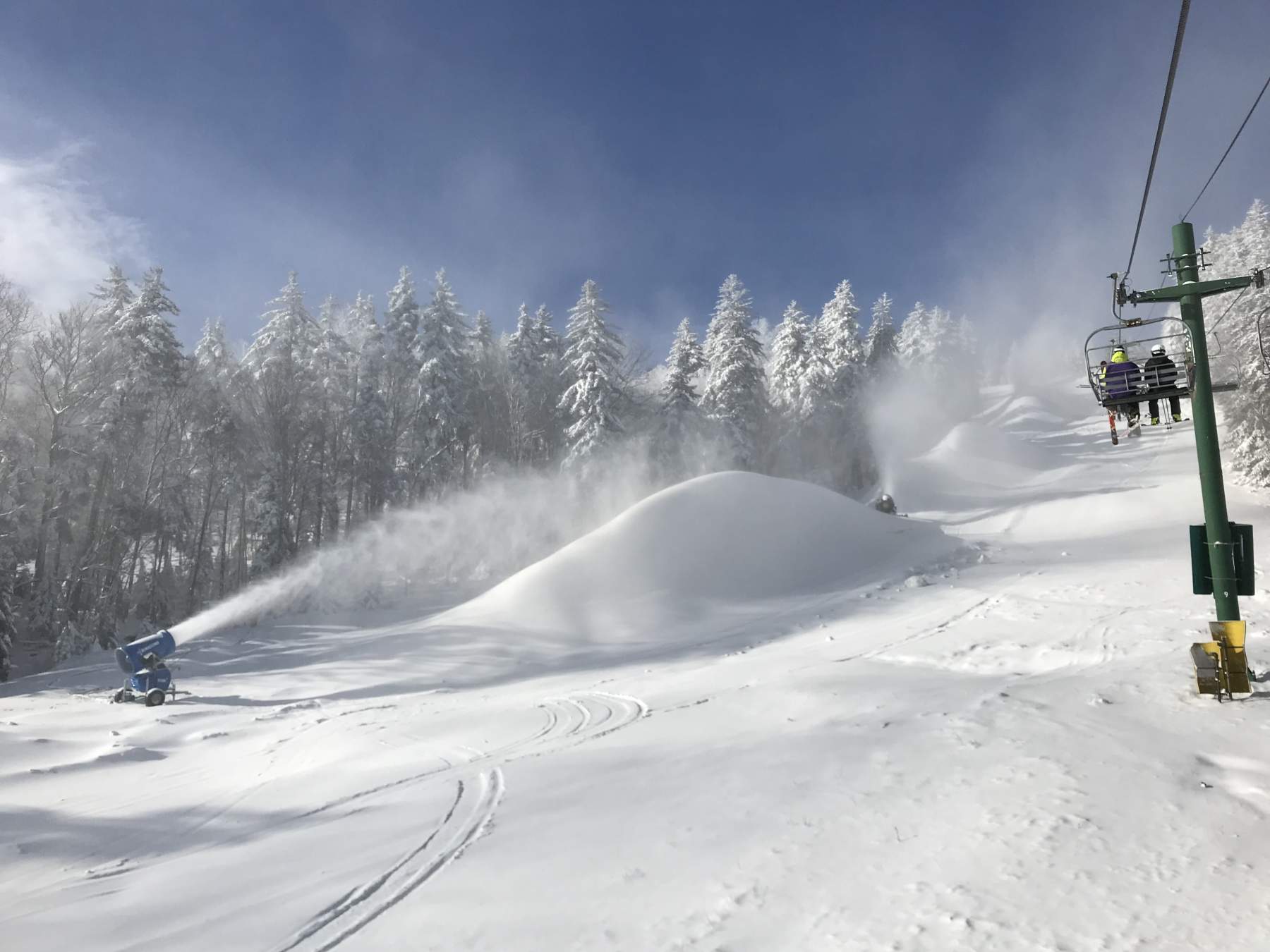 They are bigger in person, trust me.  Here is another example from Wisp Resort.  Tap the below image to play the video.

The final push is on to open East Ridge tomorrow, Friday, December 29! (weather and operations permitting) Our Groomer Team will be pushing snow all night to manicure Main Street, Eye Opener, Highline Pass and Down Under for your skiing and riding pleasure. Hats off to our snowmaking team for all their hard work, they have done an amazing job producing a great snow product the past couple of days! Be sure to check our Daily Mountain Report for exact trail openings, operating times and more. (Link in bio) #wispresort #wisp #thinksnow #garrettcounty #deepcreeklife #eastridge

Just incredible amounts of snow are being made right now across the region and that will continue into 2018.  Some natural snow would be nice, but I don’t think anybody is going to be complaining too much if we don’t get a huge dump.

As I always like to do, here are a few random notes that I noticed on social media and snow reports…

It’s time for me to head out.  I see some flakes falling right now outside my window and I’m ready to ride!  Make sure to follow us on Facebook, Twitter, and Instagram as I’ll continue to post pictures and videos from my adventures this week.  Enjoy the final Friday of 2017!

Previous Post
Ski Southeast Forecast for 12/29/2017: Epic cold air in place well into 2018
Next Post
It’s All About Timing and Sometimes You Just Get Lucky…