Will We See Cataloochee and Sugar Mountain Ski Resorts Open This Weekend? 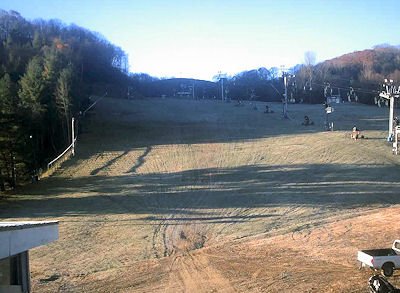 We think the answer is “YES”, but read on…

WINTER STORM WATCH FOR PORTIONS OF THE NORTH CAROLINA MOUNTAINS

Sugar Mountain Resort and Cataloochee Ski Area are not really saying anything just yet about the possibility of being open this weekend; however as often is the case in the ski industry – “actions speak louder than words”.

It has not escaped the attention of our more avid ski and snowboarding enthusiast that both Sugar Mountain AND Cataloochee have moved their snowmaking equipment into position and that they now seem poised and ready to make snow and open “as soon as possible”.

First to the more noteworthy news. THERE IS A WINTER STORM WATCH in effect for the North Carolina mountains Friday night through Saturday and the NATIONAL WEATHER SERVICE reports, “…HEAVY SNOW MAY AFFECT PORTIONS OF THE NORTH CAROLINA MOUNTAINS…”

* TIMING…SHOWERS WILL LIKELY DEVELOP FRIDAY EVENING…STARTING
OUT AS RAIN OR A MIX…THEN CHANGING OVER TO SNOW OVERNIGHT AS
SNOW LEVELS DROP TO THE VALLEY FLOORS BY DAYBREAK SATURDAY.
NUMEROUS SNOW SHOWERS WILL LIKELY LINGER THROUGH THE DAY ON
SATURDAY…BEFORE TAPERING OFF EARLY SATURDAY EVENING.

* ACCUMULATIONS…STORM TOTAL AMOUNTS OF 1 TO 3 INCHES IN THE
VALLEYS…AND 3 TO 6 INCHES ABOVE 3500 FT ARE LIKELY. A FEW
RIDGE TOP LOCATIONS MAY SEE LOCALLY HIGHER AMOUNTS. 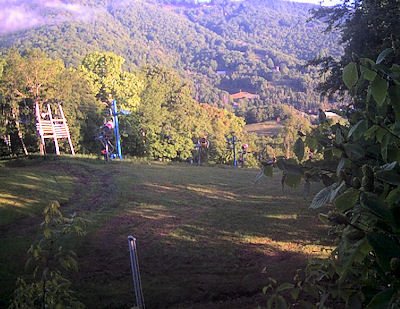 So not only are the temperatures looking favorable to make snow if Cataloochee and Sugar decide to do so – we may see some NATURAL SNOW and as much as 3-6 inches of heavy, wet snow as well.

The “target area” for this winter storm watch is pretty much everywhere that the state of North Carolina has a ski resort. The NWS names Avery (Beech & Sugar), Haywood (Cataloochee), Madison (Wolf Ridge) and Watauga (Appalachian) as target areas where the snow could impact things.

The heavier snows look to be coming into the more snow-prone Tennessee line areas and perhaps Watauga County and App would see closer to 1-3″.

WILL THAT PROMPT ANOTHER HALLOWEEN SKI WEEKEND? 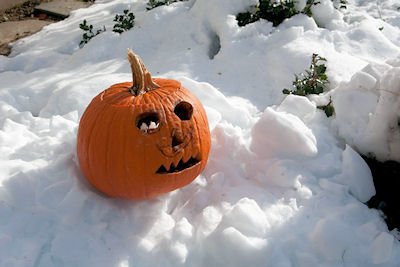 That IS the question of the day as many of you have already taken to the messageboard and emailing speculating and/or inquiring about that. It is not without precedent to see both Sugar and Cataloochee open for Halloween and in fact it’s happened a couple of times in the last five seasons. The temperatures are ALREADY flirting with snowmaking ops as it is 34.7° at Cataloochee this morning at 8am and 35° at Sugar’s base.

The HIGH today is forecasted to be 51° so we kind of think that both ski areas will await Friday night’s colder temps and then they will start bombing the slopes with manmade snow and if things work out, nature may provide some assistance. The HIGHS are forecasted to be 31° on Saturday at Sugar Mountain so they could see some around-the-clock snowmaking ops and the Saturday night it drops to 25°. Sunday’s high is expected to be around 38° in Banner Elk…so you just MIGHT see some skiing and snowboarding on Saturday or at least ONE DAY on Sunday.

Our guess is that both resorts will probably “do what they do best” and that is that they WILL make snow beginning Friday late evening and look to open MAYBE on Saturday – but more likely on Sunday. Both resorts could ski Sunday and Monday if they chose to do so, but then the weather looks to be turning milder and there’s even some rain in the forecast for the middle of next week so the fun will be short-lived.

However, as is the case EVERY year – Cataloochee and Sugar (OR Sugar and Cataloochee) will excite the masses and get the 2014-2015 ski and snowboarding season started. All of the other ski areas will sit back and smile…and await the first, real, long-term or extended cold snap.

Obviously things could change in a heartbeat but to us things are looking more like a traditional middle-to-late November start to the “official season”.

However, let’s all enjoy the cold snap, the potential for snow and the possible start to this ski season.

We’ve had a few emailers ask us “our opinion” as to what the odds are that we’ll see one or both of the ski areas open this weekend. To that end, we’ll say that if ONE opens – they both will and it would most probably be within 30 minutes of each other. That just always seems to be the case.  Cat’s been first to open a few times over the years and most often Sugar takes those “honors”.

As to the chances that we’ll see some diehards making turns this weekend – I’d give it an 85% chance that we will – even it is just for a day or two.

Until next time…be sure to watch the ski cams at: http://www.resortcams.com/ski-cams/

We’re adding more cams very soon as we’re in talks right now to see another 2-3 resorts with HD, streaming cameras. Also if there IS skiing happening Sunday, we’ll try to get you some video.

If you’re heading to either resort drop us an email with YOUR photos and videos to [email protected] and as always if you just want to comment, please do.

Previous Post
“A MAZE -ING” Aerial Video of a Corn Maze – Autumn Fun in the Mountains
Next Post
SNOW AMOUNTS OF 4-6″. PERHAPS AS MUCH AS 10″ ABOVE 4000 FEET!