When Will the Slopes Open?

We’re already getting a lot of that in the form of emails asking things like, “We’re planning a trip to the mountains as our youngest son is being deployed in early November and we want to go skiing before he’s shipped out. Can you tell us if there will be snow and which slopes will be open?”

Well we can’t positively say which “SLOPES” will be open and even which ski areas will be open in early November. However, twenty years of experience tells us that as long as the weather cooperates with some sustained colder temps, that Cataloochee Ski Area in the metropolis of Maggie Valley, North Carolina AND Sugar Mountain Resort in the megalopolis otherwise known as Sugar Mountain or Banner Elk, North Carolina WILL be the first two ski areas to open for the 2015-2016 ski and snowboarding season.

They simply ALWAYS ARE the first to offer some slopes and trails to play on. As to WHICH slopes at those resorts will be in operation – we CAN certainly speculate with great accuracy which slopes those will be. Hey, we’re pretty good at this.
We reached out to all of the resorts and have posted that information ON our SNOW REPORT link AND we’ll share the dates below. 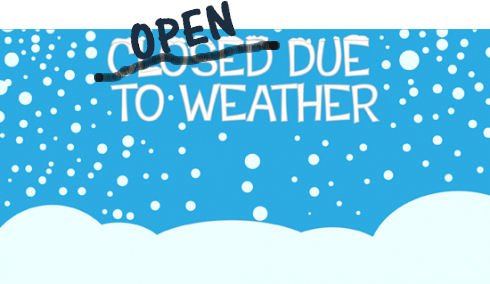 All dates comes with the obligatory “weather permitting” label. Weather permitting pretty much means that resorts have to have some assurance that they’ll get a weak of consistently cold temperatures. Two days of cold temps are enough to GET a resort open…but they’d like the snow to stick around for a few days to get some marketing value from those early-opening efforts.

TRADITIONALLY, ski resorts in the region have always kind of said that “Thanksgiving Weekend” is the official/unofficial start to each season, but over the last several years Sugar Mountain and Cataloochee have been able to open up as early as HALLOWEEN DAY and stay open.

However, of MORE importance to you guys and the many inquiries that we are not receiving daily – HERE are the ANNOUNCED OPENING DATES for all of the ski resorts within the Southeast and mid-Atlantic as of October 20, 2015.

There you go. Now make those firm plans. Make those reservations EARLY, especially for Holiday weeks and weekends.

Until Next Time, email me at [email protected]