What a President’s Day It Was…Snow Fell EVERYWHERE! 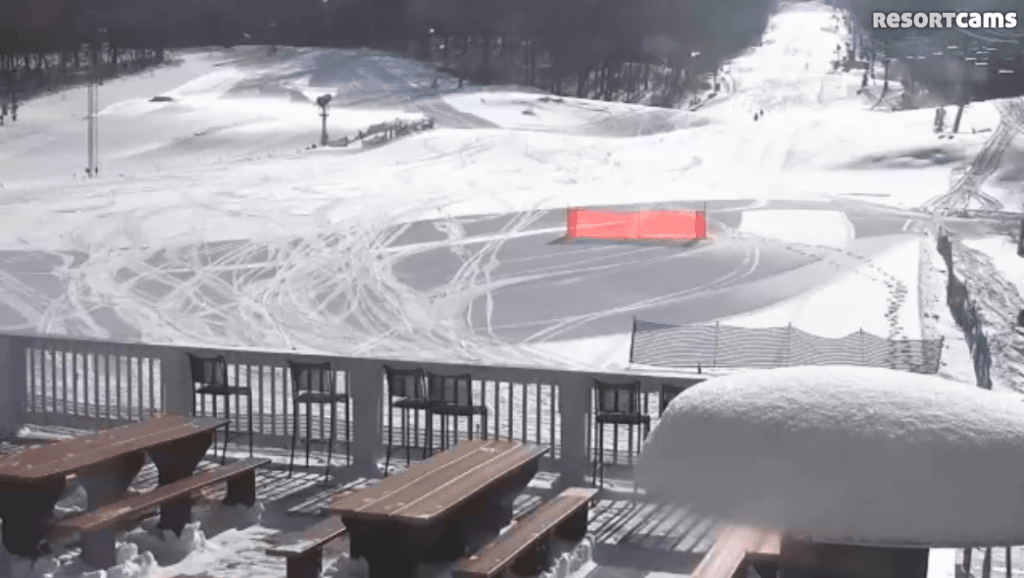 Wow, I don’t even know where to start this morning.  There is so much snow to talk about.  Yesterday saw some natural snow fall at every single ski area in the region.  It was easily the best day of the season and the most exciting.  We even had some winter weather down here in Charlotte.  I’m looking out my window right now and I see a blanket of white.

This is a ski and snowboard website though, not Charlotte weather dot com.  So, let’s get to looking at the snowfall numbers at the resorts over the past 24 hours.

Winterplace is the big, big winner with this storm.  They were lined up in the sweet spot of the storm and the snow started falling early and hard.  My buddy and I almost went up there yesterday but decided against it due to the fact that both of us needed to get home.  Coming down Interstate 77 right near the North Carolina/Virginia border can be a nightmare in bad weather and we didn’t want to risk it.  I think it would have been worth it though as fourteen inches is a legitimate amount of powder.  I also believe that is the highest single day snowfall we’ve seen at any resort this season.  It should be a fantastic day up there.  I’m hoping we can get some pictures and video from Winterplace today.

I think the Virginia resorts benefited the most from this storm.  It’s been a slow year in terms of natural snow for those guys, yet they were all 100% open.  The Homestead received more snow yesterday than they had all season.  The image at the top of this post is from the webcam this morning.  Just look at the pillow of snow on the bench!  Wintergreen almost doubled their snowfall number for the year.  I’m definitely happy to see them get their fair share of the white stuff this time around.

I had quite the day myself yesterday.  Mike gave us President’s Day off, so I headed to the mountains to partake in the snow fun.  The timing was a little off.  If only the storm had come in 6 hours earlier!  It was funny to see so many holiday vacationers leaving as quick as possible in the morning and trying to avoid the storm.  Here we were, heading right into it.

The snow didn’t start falling in the Banner Elk area until 12:45.  Carvebeast (Thomas Ward) and I decided to do the double.  We went to Beech Mountain in the morning for a bit, hotlapped what was some of the best groomers I’d seen there in a couple years, then headed to Sugar after a break at Bella’s in Banner Elk.  A word of advice, get the chicken, bacon, and ranch pizza there.  It’s amazing.

The afternoon session at Sugar was fantastic.  Once the snow started falling it did not stop all afternoon.  At times it looked like it was raining it was coming down so hard.  Here’s a clip of the snowfall I got while on the lift.

Boulder Dash, Whoopdeedoo, and Gunther’s Way all had a layer of fresh snow on top.  You could lay out some HUGE sprays.  Whoop was especially windloaded on the left side and you could go whiteout without even trying.  We got a lot of video but unfortunately my buddy is the one who has them.  Hopefully I can get a hold of them today and share them with you all tomorrow because they are pretty awesome.

Not only was there a nice layer of fresh snow, but the snow itself was blower.  If you don’t know what blower powder means, it’s the best.  The snow is so light and fluffy, you can pick up a handful of it and blow it all away, hence the name blower.  Yesterday had this type of snow and it was so cool to see smoke plumes fly up when laying out sprays.  Thomas and I both agreed it was some of the best snow quality we’ve ever seen in North Carolina.  I was hoping to do some calculations and get the water to snow ratios, but the sleet that moved in last night will throw it off.  Regardless, it was good!

EDIT:  Here’s a photo of that blower powder I was talking about. 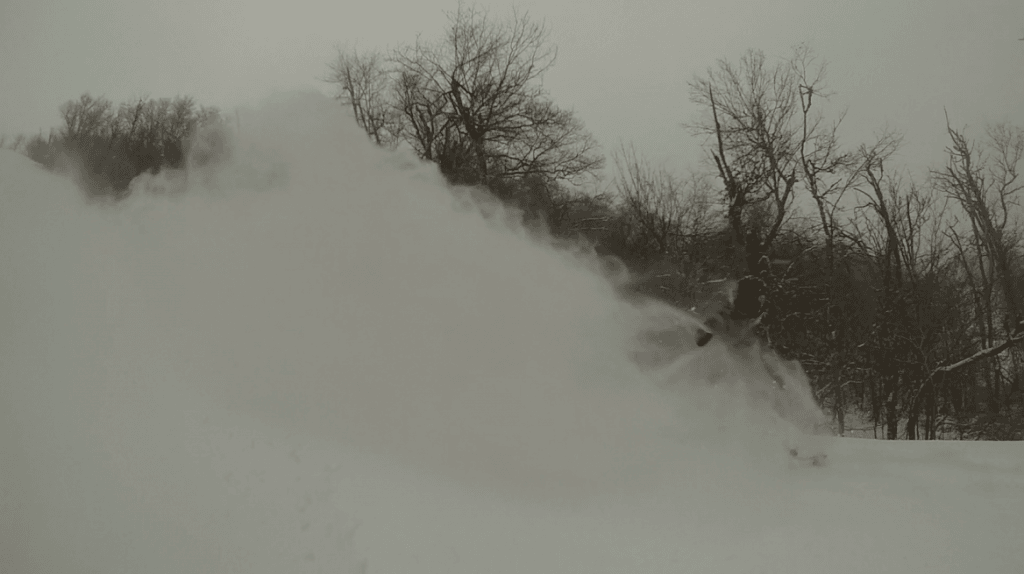 If you are driving to any of the resorts today, be careful.  It took me three and a half hours to get home last night.  It usually takes two from Sugar.  The roads are in better shape today, but they’re still treacherous, even off the mountain.

No End in Sight

Winter does not look to be stopping anytime soon.  More cold and more snow lies in the week ahead.  Wednesday looks to see another bout of snow, although not as much as yesterday.  Thursday is going to see the coldest temperatures of the season.  Last week I mentioned how this past Sunday was probably going to be the coldest day of winter.  Nope.  It’s definitely Thursday.  High temperatures don’t look to get above zero for some of the resorts.  Yikes.

I’ll talk about that and more in the upcoming days.  It should be an exciting week!

Previous Post
SNOWSHOE MOUNTAIN RELAUNCHES ITS RIDICULOUS PASS SALE TO AREA SKIERS AND SNOWBOARDERS
Next Post
What a Difference a Day Makes!