We have TWO TITLES TO TODAY’S STORY.

TITLE ONE: Fogs in July Mean What?
TITLE TWO: What do you mean, I didn’t built that?

I have to tell you guys a story today. However, before I get into it I want to say a HUGE (no bigger than that) ENORMOUS "thank you" to all of you who have emailed me over the last few weeks offering your time and services for this website for the upcoming season. We’re going to attempt to get as many people involved with the website as possible this season. More about that in the days and weeks to come.

Loyal readers (and those of you who look back just one story ago) are aware that back on June 27th I posted a story that alluded to the fact that after about a month of entertaining a few offers from interested buyers of SkiSoutheast and SkiNC – I had decided to keep the websites and continue operating them. I closed that update with a comment that an 11th hour offer had come to me. Even so, I posted that I was nevertheless 99% certain I’d be keeping the websites.

John W from Suwanee, Georgia did his best to "fog up" those intentions by making me an offer that I actually (surprising even myself and my family) accepted. John is a regular to this website, owns a couple of business north of Hotlanta, and is a truly passionate about the ski and snowboarding industry in the Southeast and Mid Atlantic. Like a lot of people, it is John’s dream to sell his businesses and move to the mountains. He saw purchasing SkiSoutheast.com as a fast-track towards realizing that dream.

So…I went from 99% certain that I was keeping the websites to about 98% certain I was now selling it. John and I traded calls, emails, financials, etc and had a closing date of August 1st. Over the last couple of weeks I have received emails from many of you guys and a couple of ski area management peeps expressing their "support" of my decision to stay on as owner and operator. I chose to keep the "new news" of selling the websites to myself. 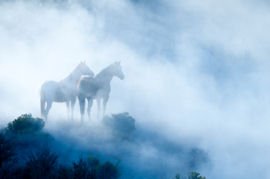 Nearly every morning thus far in July has been as foggy as I’ve ever seen it. This morning the fog was so thick that it prompted me to ask some of the locals at the Foscoe Country Store (where I stop nearly every morning for my daily biscuit or pancakes and tea) if August fogs translate to winter snows, what do July fogs mean? One of the old-timers quickly stated, "Don’t know if ya noticed but everything’s about a month ahead right now. Don’t be surprised to see snow in October."

I didn’t have the heart to reply that we almost always see SOME snow in October.

Anyway, just as this morning’s fog lifted around 8:30am – revealing a gorgeous, sunny sky – the fog has also dissipated on the future of this website. Late on Wednesday, July 18th, John W called me and revealed the last verse in a country song of happenings that will be preventing him from purchasing the site.

So it’s been a weird ride over the last three weeks, but I’m basically right back where I was on June 27th when I had made the decision to keep the sites and actually ramp things up like never before.

"YOU DIDN’T BUILD THAT. SOMEBODY ELSE MADE THAT HAPPEN…"

I was speaking with a somewhat disgruntled client on Tuesday. We all get them. Thankfully for us it is a rarity. But this client was alluding to some programming that we had installed on their website. It wasn’t doing precisely what it was intended to do and he was rightfully complaining – although nicely I might add.

Bear in mind that during the same day – the news of the day was President Obama’s latest revelation of his true colors wherein he stated, "If you’ve got a business, you didn’t build that. Somebody else made that happen."

With that fresh on my mind, I responded to my client, "Well Bob, we didn’t build that program, somebody else made that happen."

As fellow business owners we both had a great laugh and moved on.  Later I was checking the skiMails that had come in. I’ve been given a ton of credit for building SkiSoutheast and the ski network over the years and it is something I’m proud of, although I’ve always looked at us as a small fish in a small pond. However as I went in to check emails for the ski sites that I RARELY check this time of year there was one from a loyal reader who wrote, "Hey Mike, I found out today that you didn’t build SkiNC. I seem to remember reading a couple of years ago where some of the board members (she’s talking about our messageboard) who claimed that tehy (she meant ‘they’) were the driving force to your site’s success. So how are you thinking of selling something that you didn’t build?"

You guys are sooo quick witted.

I’m not going to "go political" here, but suffice to say that we ALL need help from time to time – whether we own a business or not. Without the ski areas we’d have nothing of interest here. Without the television meteorologists, Google, people like Joe Stevens – nobody would know this website exists. Without YOU GUYS (our readers) I’d be posting to a diary instead of to the 174,628 of you guys that visited this website in JUNE. J-U-N-E!!!

Admittedly I am always surprised by those kinds of numbers – which by the way – constitute our most traffic ever during the month of June. Our team have been busy installing streaming cameras seemingly everywhere these days and more are to come.

This morning I received a call from one of the most influential (perhaps THE MOST influential) spokesperson for the region’s ski resorts (including yours truly). He shared some very interesting information about perhaps THE MOST NOTABLE weather person for the ski industry. (We’ll leave it to you guys to try and figure out who THAT might be. THINK NATIONAL…)

Suffice to say that our outreach is strong enough that there will be some discussions in the coming 5-7 days that might attract this nationally known personality to become a full-fledged member of our team. We keep getting pushed to expand our network. For now we’ll keep our focus to the Southeast and Mid Atlantic as far as our ski reporting is concerned…but who knows.

So the skies are clear. The fog has lifted and whether we built this darn site and business or not, we’re large and in charge and moving forward. Hopefully you guys will pass the word so that more of you will come along for the ride.

Email me your thoughts, suggestions for the site, gripes, etc to [email protected]

Previous Post
We’re Bacccckkkk! We’re currently strategizing to make the sites EVEN BETTER for 2012-2013!
Next Post
We ain’t going nowhere! Or should we say that we ARE going Nowhere! Regardless, we’re looking forward to the 2012 2013 ski and snowboarding season!