Watch the Snow and Santa Come in this Evening! 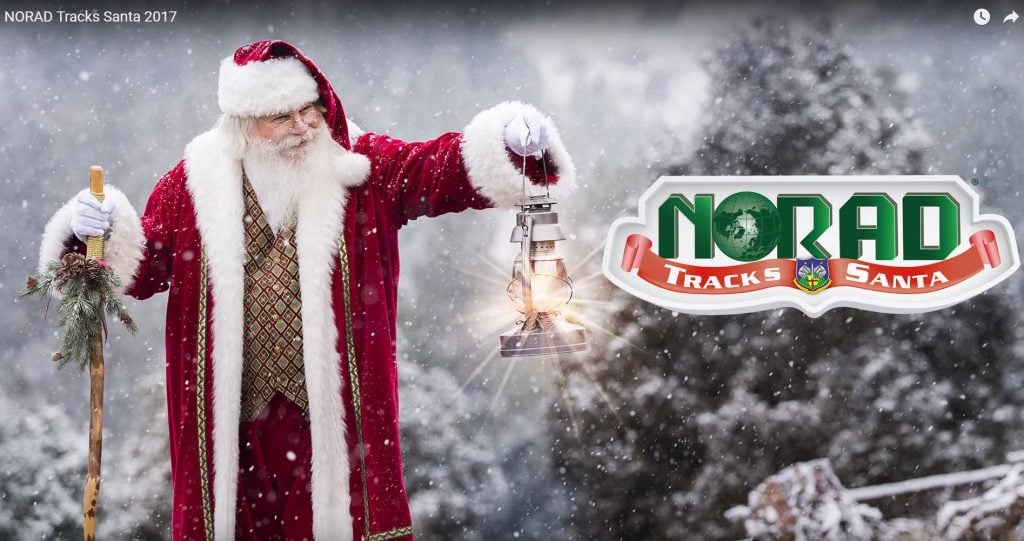 Santa won’t be the only thing that snow lovers will be watching and tracking this evening. Light snow is in the forecast for much of the area tonight. About 1″ is in the forecast for the higher elevations in Western North Carolina and perhaps 2-4″ into the West Virginia and Maryland mountains. So much of the area is looking at a White Christmas. Of course, as Joe Stevens’ always says – because of manmade snow, the ski areas are almost always guaranteed to have a White Christmas.

Temperatures are hovering in the low 30s this morning and it appears that snowmaking temperatures will enter the area literally at around midnight tonight. So we’re expecting the snowguns to crank up just prior to that in some locations and certainly overnight tonight. Then as far as we can peer into the long range forecast, resorts will be able to make snow around-the-clock, whenever they want to for the next ten days as temps will be COLD all week. We think many or most resorts will bomb their slopes with as much snow as possible each night and then only on unopened terrain during day and night sessions throughout the week ahead.

We’re certain that Meteorologist Brad Panovich is tracking the snow and cold systems headed our way with more attention than NORAD gives to tracking Santa each year. We promise to post each Skier’s Forecast update as they come in. At the time of this post, we’re looking at some decent snows that could drop around an inch of snow Christmas Eve and then we all have our eyes on some, potentially more significant snow possible Thursday and into next weekend. Forecast models are all over the place as we’ve seen chances for 2-3″ of snow Thursday and Saturday into Sunday. We’ve seen an inch of snow in the forecast for three of the next seven days and we’ve seen as much as a foot of snow accumulations even for some of the NC ski areas. So for now, we’ll just say it should be a snowy period for the next week or so and with perfectly cold temps for the next 10-12 days or more. We’ll also leave the official forecasting to our own meteorologist Brad Panovich.

Of course, we are all excited and we’ll take whatever we can in terms of the natural snow and we’re so thankful for the awesome cold temps in the 20s and teens for the next several days.

Santa will be seen skiing AND snowboarding (he’s really quite an athlete) at numerous ski areas on Sunday and even again on Monday. Don’t question the authenticity or his ability to pull off this acheivement. If you’ve never seen this cool video that explains the “science of Santa”, check it out:

Santa Claus is coming to town … and now we know when he’ll get here (wherever HERE is as you are reading this post).

It is hard to believe but this will be the 62nd year that NORAD (the North American Aerospace Defense Command) will be tracking Santa’s travels from the North Pole. Have you ever wondered how that all got started? Years back one of my four daughters asked me why a government agency would care about tracking Santa. This was before Google, so at the time I did what any good father would do – I lied…or at least made something up. We guys have to stick together and I figured Santa needed me to ‘have his back’.

However, recently a friend of mine, who equally channels his inner Clark Griswold, sent me a link to a pretty cool bit of insight about how it all got started. NOW, NORAD takes the responsibility so seriously that they’ve perfected a website and mobile app that’s been around a few years. Additionally, they’ve put out some nice videos (that we’ll share here). Hey, you don’t have anything better to do while we’re waiting on the cold and snow to hit the Southeast and mid-Atlantic, right? I mean, after all – it’s Christmas. 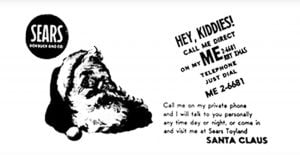 The tradition of tracking Santa began way back in 1955. A Sears Roebuck & Company newspaper advertisement actually misprinted Santa’s telephone number for the number for the commander of the Continental Air Defense Command Ops Center.

Calls began coming into the center from parents who thought it was a cool thing to be doing with their kids. The first call was answered by Colonel Harry Shalp and he was surprised to hear the voice of a child asking where Santa was. As calls continued to come in – staffers would ‘check their radars’ and give parents and their children updates on where Santa was at the time.

National television and radio networks picked up on the story and the rest, as they say, is history. The tradition was taken over in 1958 by NORAD, which is an organization run by both the United States and Canada that provides aerospace warning and defense for North America.

The NORAD Tracks Santa website, NoradSanta.org, also features a mobile version. This year, you can ask Alexa, Amazon’s artificial intelligence software, for fun facts about Santa as well as where he is and when he’ll be over your house.

Here’s the history in video form: (Worth a watch.)

Here’s another promotion video from NORAD.

So there you have it. Our own bit of support for the big guy as we wait on the more important business of ski season. Saturday was p-r-e-t-t-y rainy at times at various locations around the region and there’s no doubt that some of the slopes are showing some thin coverage and bear spots. Those will all be a distant memory as the cold invades our area today.

In Other News…Okay it is a Slow News Day, While We’re Waiting on the Cold and Snow!

Some of you who have followed this website for years know that it is operated by Appnet New Media Studio, a web design and SEO company owned by yours truly. Because we have our phone number posted on the website (for advertising purposes) we get a rather large number of phone calls from people asking about the conditions and whether or not snow tubing is open at various resorts. – in addition to a myriad of other subjects. Our staff has learned to appreciate and even embrace it over the years and they gladly answer queries as they come in.

Our offices closed on Friday a bit early for the Holidays and I was still working a bit when such a call came in. The lady asked, “Is tubing open at CANE-nun this weekend?” I spelled it for you guys phonetically for a reason. Over our 21+ seasons of covering the region, I’ll bet that we’ve only heard the resort pronounced correctly by perhaps 10% of callers. Even our own Brad Panovich would mispronounce the resort in his Skier’s Forecast Videos until recently.

The reason is really quite simple. After all, the valley located in Davis, West Virginia was named after the biblical area in the Bible called and pronounced CANE-nun. However, locals in the Canaan Valley area put the emphasis on another syllable and pronounce it Cuh-NANE.

I have shared this perhaps hundreds of times over the years and now THANKFULLY someone sent me this awesome video where Canaan Valley’s General Manager, Steve Drumheller provides – once and for all time – proof of the proper pronunciation.

…now bring on the cold and snow so we can have more exciting things to talk about!