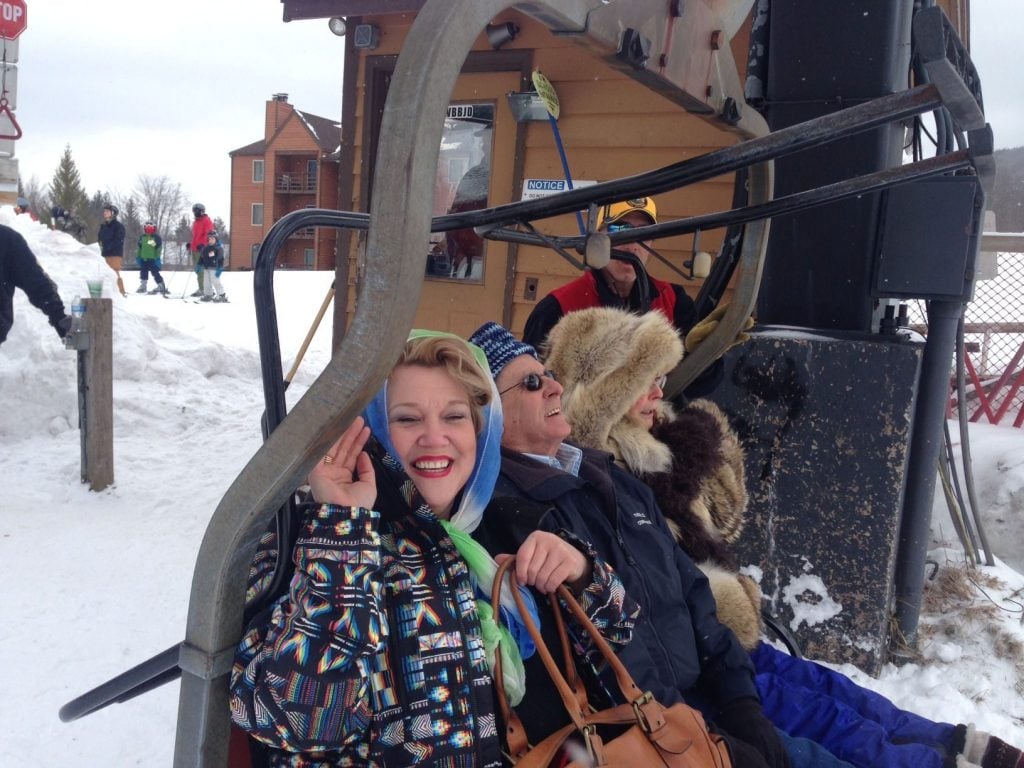 Davis, WV (February 27, 2016) – One week after Timberline Resort’s Thunderstruck triple chair-lift experienced a malfunction that caused the cross-arm to detach from a lift tower and several chairs to derail, the lift is back in action, having undergone repairs and a series of testing and inspections to ensure safe functioning.

“We were fortunate to assemble a world-class team of lift experts, engineers, and skilled workers in such a short time,” said Timberline Resort Owner and CEO Fred Herz. “We had a bit of a hiccup at the outset trying to get a boom truck up the mountain on soft snow, but we were able to clear a 1,000’ path and pull it up with three snowcats and keep to our schedule.”

Experts repaired the damaged lift tower as well as inspected the welds on all unaffected towers and completed non-damaging testing. Even though Timberline’s other lifts are different models than the Thunderstruck triple lift, and have continued to operate successfully, the resort elected to have these inspected as well.

“The repair crews have gone above and beyond, working in rain and snow this week to get this done before the weekend. We are beyond grateful for their hard work and professionalism,” said Herz.

“The outpouring of support from our community and skiers has been amazing,” said Kendra Curran, Director of Sales and Marketing at Timberline. “We’ve received phone calls, tweets, and many well wishes via social media. It has been very gratifying to hear so many positive things.”

Community leaders and VIPs, including The Honorable Justice and Mrs. Richard Neely, Tucker County Development Director Anne Jones, County Commissioner Lowell Moore, Aspen Village developer Chuck Smith and his wife Kimmie, and the Fred Herz and Jim Harriot families were the first to ride the lift after it opened.
###

Previous Post
SkiSoutheast Snowshoe Summit is Six Days Away!
Next Post
Great Conditions at the Ski Resorts as We Head Into March!