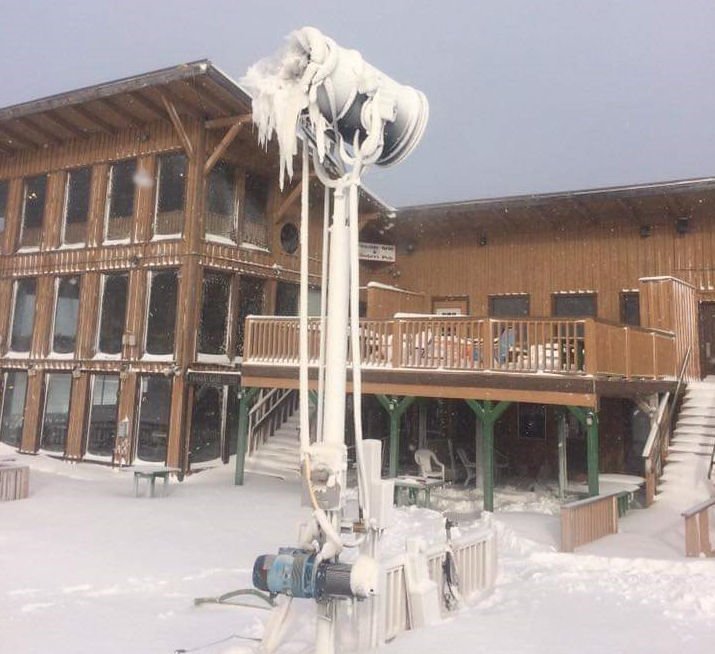 Could Timberline Resort ever Reopen as a Ski Area?

In some ways, we didn’t even really want to post this bit of news. To be honest, we feel that it’s just the reverberation of the natural order of how things go when it all goes south financially and a business or entity fails.

If you’re not familiar with “all things Timberline” you can Google it or even search our website and read all you desire to know as to the issues that led to the demise of Timberline Resort. Bear in mind that posts via this website are admittedly the views of your’s truly and others on our staff, but they also come with 24+ years of experience in working with those who own, operate and manage ski areas in the region. I’ve been privy to a lot of the negativity that is often associated with “lost ski areas”…just prior to them becoming a lost ski area. See: Sky Valley, Mill Ridge Resort, Scaly Mountain, and Hawksnest Resort just within our coverage area.

The case of Timberline Resort was among the most bizarre. I’ll leave it at that. In terms of whether or not the once-popular resort can or will ever reopen as a ski and snowboarding haven – sure anything can happen. However, I have already placed SkiSoutheast.com on record predicting that will never happen. The place has gone way too downhill and it would take $15M-$20M to resuscitate the place. Unfortunately, poor leadership, poor management, not enough financial resources and plain bad luck that lasted for more than the last decade has placed the chances of Timberline Resort rising from the ashes to near zero.

However, the place was being auctioned in Philadelphia earlier this morning. We have no news as to the result of that auction, however EVEN IF someone was to lay down enough to win the auction, they still have some court appearances to attend before knowing whether or not their bid price (if one comes) will be accepted/allowed as the previous ownership and the courts do have so potential barricades to get over.

Can Anything Come of This?

One of the reasons I didn’t even want to post this “story” is because I/we could be accused of ‘click baiting’ our viewership with a story that – when all the dust settles – is nothing more than what has to happen when a business fails, goes bankrupt, continues through the courts, has banks auctioning things off, and then has to still clear road blocks with additional court rulings.

We’ve gone on record saying that we think the property will end up being sold to someone. However, logic simply dictates that the 400+/- acres is worth a whole lot more as real estate than as a ski area. Even the greatest marketing machine of all time would have issues regenerating enough interest to pull 150K in skier visits to “come and see the new Timberline, or Phoenix Mountain Resort (rising from the ashes) or whatever they would call it”. Multiply those 150K skiers by even $70 a lift ticket and you’d not even cover the cost to bring the place back. Any investor would have to have DEEP pockets and a lot of patience (perhaps a few years) before ever coming close to seeing a profit.

We’ve seen so many similar developments that have “gone the way of real estate”. They dot most all of our mountain communities. It is a much better return on your investment to construct relatively inexpensive two to three bedroom cabins and develop amenities around them than it would be to go the riverboat gambler way of installing new lifts and bringing in all of the infrastructure to reopen a ski resort and pray to the heavens that the next few seasons will be gloriously snowy and cold enough to bring the masses.

It seems that any and every time this kind of thing has happened in the snow sports industry…there is chatter that can’t be ignored about this or that person “possibly being interested” in purchasing the resort and bringing it back to its past glory.

According to the latest news story above, the auction was set today with a minimum starting bid of $2.5M. According to a source who called me this morning, that starting bid price was lowered to $1.5M. I cannot confirm that, but even if that were the case, you’re still looking at a substantial, additional investment to bring things back. Just not seeing it.

Even so, there were a couple of names thrown out like, “I hear that ___________ is the one kicking the tires, and if he IS involved, he would know what he’s getting into and he could make it happen.”

I also heard another name of a firm dropped – who “is interested and exploring things”.

Those kind of comments are akin to, “If you believe THAT, I have some great land for sale in the Florida Everglades.”

Each time that I hear a hint, rumor or something that sounds reasonable – I put out my own feelers. I did that again this morning and what I heard back was, “I have not heard anything that would substantiate what you heard.”

My email INBOX has received a dozen or so ‘I told you so’s’ and related comments about Timberline reopening at some point in the future. I wish I knew someone with a few million dollars to invest. I’d hire myself some log cabin builders, paving contractors and amenities peeps and send anyone interested in skiing and snowboarding over the ridge to Canaan Valley Resort and rake in the dough.

As they say…I guess we’ll see.