Timberline Resort Closed for the Season; Will They Ever Reopen? 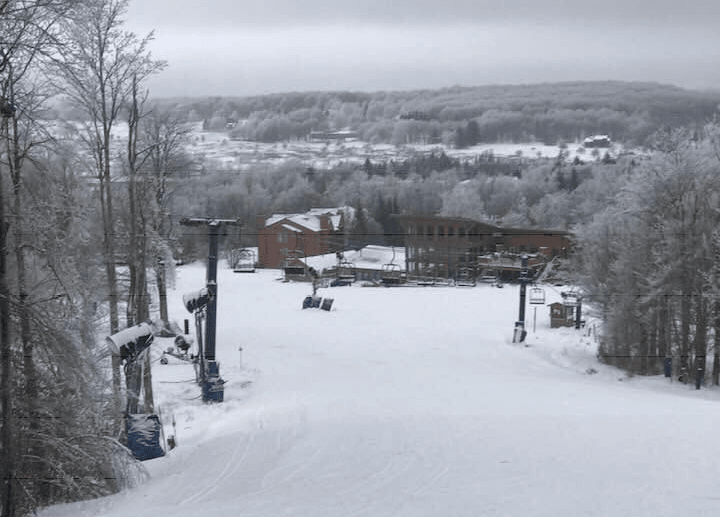 Much has been written in Davis, WV and other West Virginia newspapers about Timberline Four Seasons Resort this season. The script of troubles reads like a television soap opera or reality show gone bad. While all Davis, WV residents have wished and hoped for years to see Timberline Resort return to their glory days, a large portion of those same residents have been calling for owners Fred Herz, Tracy Herz, Rose Marie Herz, and Frederick Reichle to sell the resort and all associated businesses. Many have called for their heads.

Many times over the last two years – and particularly early and often this season – SkiSoutheast has been asked or challenged as to why we were not sharing “what was happening at Timberline” as if we owed it to our readers to pile on to all of the negativity that was swirling around the resort and its financial and legal battles.

We were even accused as being “as bad as Timberline’s owners” by not doing so.

You can search Google and this website for news related to Timberline and you’ll see that our stance was that there was a time and a place to discuss the “Timberline Reality Show”, and we’ve stated all along that SkiSoutheast wasn’t the place and that the time was not while innuendo and accusations were flying fresh off the presses.

Suffice to say that you can search Google or read the story linked below and see a pretty good summary of the troubles that have befallen the ski area, the public utility, and the real estate companies tied to the resort. It isn’t pretty.

However, THAT is not what this story is about. We’ll leave “the dirt” to be dished out and reported elsewhere. As we are made aware of news updates, we will provide newly posted links to those for those of you who like watching train wrecks.

What we will touch on today is the following.

Timberline Four Seasons Resort is now CLOSED for the season. Odds are it is CLOSED for business period. We’ve shared that opinion before and some have emailed me with harsh commentaries as if I was saying that Timberline Resort could not survive without Herz family involvement. We never said that.

Now that the latest news is out, we feel that we can elaborate a little.

In case you missed that – the charges are now filed against all related parties and all related businesses. The complaint charges that Fred and Tracy Herz have used the Utility company as a slush fund for themselves and for the resort…and to the tune of $400K.

Here’s where things go south quickly. The Herz family mostly likely has no resources to cover those funds and there’s actually more monies owed in addition to that.

According to WV Legislature code, when taxes go unpaid; their properties can be publicly auctioned on the steps of the courthouse. The code states, “Tax liens on each un-redeemed tract or lot, or each un-redeemed part thereof or undivided interest therein, will be sold at public auction to the highest bidder in an amount which shall not be less than the taxes, interest and charges which shall be due thereon to the date of sale.”  Fees are also added to the taxes for the notices published, and sent to the delinquent taxpayer regarding the property being submitted to auction.

So what if someone comes forward and agrees to a price and buys the resort at auction? Nothing for at least two years! Even if the parcel is purchased for at least that of the delinquent taxes, the original owner has two years to redeem their property by paying all debt accrued in taxes, interest, and fees. If they fail to do so, the buyers can then claim their purchase.

The ski area and most of the infrastructure at Timberline Resort is already in disrepair. Let the place sit for another two years, and you’ll basically have nothing more than a huge money pit that will cost in the millions just to get it good enough to open again.

Unfortunately, the place is worth more as a “large acreage tract of land” than it is as a ski resort. They have not been able to turn a profit through skier visits in the last couple of years and there’s no doubt that unless the Herz family has some miracle up their sleeve, chances are that additional financial and legal woes will force the county and/or state to sell the place to the highest bidder.

The other ‘truth’ about deals like this is that RARELY does John or Jane Doe get to purchase a resort like this for $200K in back taxes or even at a higher price to cover bank notes, etc. The reality is that LONG before a courthouse steps date is shared, the county, the state, the banks involved will ALL have a couple of people in mind that they will go to and offer interest free deals to ‘bale them out’ of this mess. By ‘them’ I mean the county, state or bank. They are not going to allow just anyone to pick this property up for back taxes. More often than not, someone with deep pockets on the board of the bank or highly connected with the county and state will be ASKED to agree to terms to buy the place. Sometimes, believe it or not, these kind of properties get purchased by ONLY PAYING interest to the banks, etc.

The problem is that whoever or whatever entity gets that deal to purchase the resort will have to sit on it for two years. Additionally, chances are that whoever that is will have no care whatsoever about the place ever reopening as a ski resort. Again, real estate is a win-win business that rarely fails. You cannot say that about operating a ski resort unless you go in with some amazing amounts of cash. The likelihood of an Alterra or similar operation stepping in and buying Timberline and sitting on it for two years and then investing multiple millions of dollars to reopen is slim to none.

There’s been a ton of bad mojo happening between Davis, WV residents, law enforcement and county officials and Timberline for several years now and we are now where we are on the calendar. They are closed and nobody associated with any of the firms is allowed to step foot on or do anything related to the businesses.

The most recent papers served dictates:

“Frederick Herz, Frederick Reichle, Rose Marie Herz, and Tracy Herz, as well as their employees, agents, and assigns, be restrained, prevented, prohibited and stopped from utilizing any and all personal property now owned or thereafter acquired by Timberline Four Seasons Resort Management including but not limited to all goods, products, equipment, furniture, money, instruments, accounts, accounts receivable, documents, contractual rights, until further Order of this court.”

In fact, Tucker County Prosecuting Attorney Ray LaMora provided a statement regarding the thought process behind drawing up these documents.  “After reviewing the PSC (Public Service Commission) filings, my office determined that the interests of the Tucker County Sheriff and the Tucker County Commission are very much being detrimentally affected, as well as many of the residents of this county.  We had no choice but to file this motion in hopes of protecting the money that has been taken by Timberline Four Seasons Resort and its owners and operators.  This in no way will limit or postpone any ongoing investigations by our law enforcement, but I hope that it protects the citizens as these investigations continue.”

So, in other words, there’s more to come in terms of legal and financial issues for the Herz family and all of the properties.

Legal cases NEVER move quickly. While the county and state can move quickly on back taxes – their own hands will be tied to some degree by the web of additional legal and financial considerations. Hence, this will be tied up in courts for the foreseeable future. All the while, the resort and all of its infrastructure, lifts, snowmaking equipment, etc., etc. will be growing cobwebs, rust and rot.

Officially, the Herz family has stated nothing except via their own Facebook page where they posted, “We thank you for your kindnesses. For your support, thank you. Better times lay ahead. Closed for 2019. -Staff.”

I don’t think “better times ahead” applies to Timberline Resort. I think you can stick a fork in the place as a ski area. It is most likely destined to become yet another “Lost Ski Area in the Southeast and mid-Atlantic”.

In closing, we certainly hope that Timberline rises from the ashes and perhaps if it does, they should rename it “The Phoenix Resort”.  For those of you who might ‘catch’ that little hint – you can read about the vision for another resort that turned into nothing but a real estate development. Phoenix Mountain Ski Resort – A Reality?

We do suggest that you read the latest news shown below.

Lost Ski Areas in the Southeast: