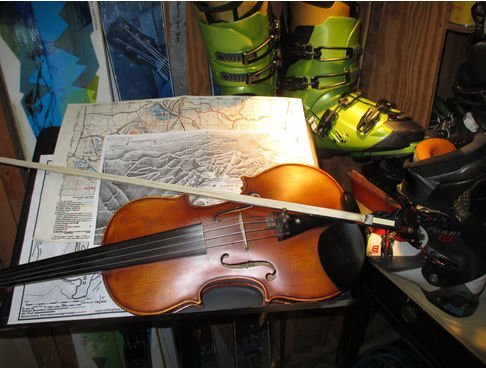 There is finally some chill in the air, the trees are shedding, the grass has blessedly stopped growing and the Canadian geese will soon start their annual pilgrimage from the lake behind the shopping mall to the one over by the high school; which is all they seem to do nowadays.

Instruments are tuning up for October festivals.  Autumn has arrived, calm and cool, getting things ready for the first snow fall.  Summer? — good-bye and good riddance, talking to you in particular August.
Until winter proves otherwise I am fully persuaded that we are in for one of our better ski seasons here in the Southeast.  Optimism is not my natural disposition but most of the long range forecasting I’ve seen reinforces my belief, and I put a lot of credence in long range forecasters as long as they tell me what I want to hear. Mike posted this recently but it’s such a pretty picture it’s worth another look. 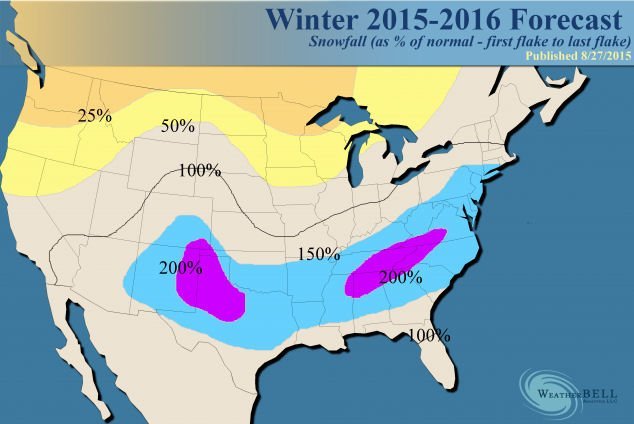 If the models prove accurate, our cold and snow may come again at the expense of the Northwest and other western locales (last year I had to cut a trip short there and came back for some West Virginia powder) .  If so. condolences, keep the faith, craft beer and espresso flowing and we’ll break out the powder skis and do an extra lap in solidarity.  Luckily we now have plenty of great micro-brews to toast our own good fortune.  But with a great season comes great responsibility–we can’t all be sitting at home watching as the weather channel christens each new winter storm, we have to get out and name our own.  We have to be ready, our equipment marshaled by the back door and a season pass up the sleeve of our shell, a trump card ready to be played.

I already made my general case for owning a season pass, and now it is time to get to the particulars.  The resorts have posted their pass and daily ticket prices and as a public service I have put them all together in this indispensable guide which includes a couple of special categories that I consider illuminating…. (I am not a statistician but my sister does have math degree, and rest assured I will run all this by her later, when she can’t quibble with my methodology). 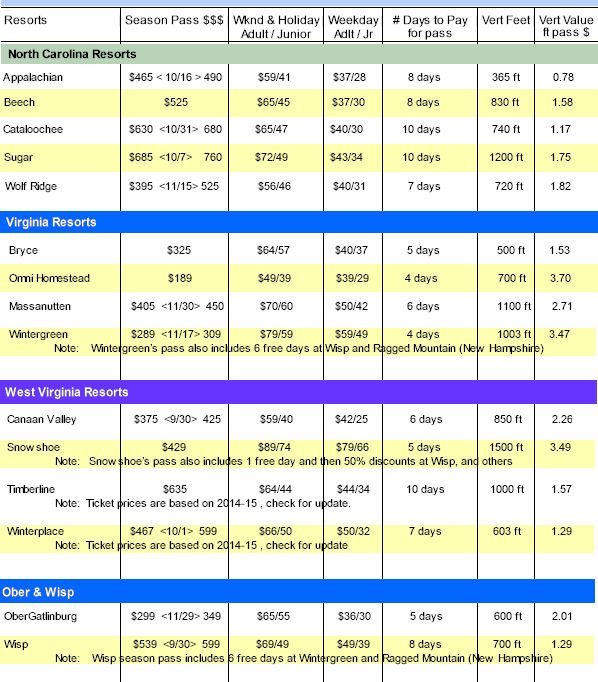 So there it is, but do confirm my pricing with the various resorts’ websites; I’ve tried my best but if you buy passes for your whole block based on my poor reporting skills I am afraid that is totally on you.  I see some deals that jump out.  One place not on that list will actually be my second pass this season, Whitegrass in Davis, West Virginia; it’s an eye-popping deal at $140 for 1000 vertical feet but there is a catch (or a release), it is lift free.

So go get your own if the math works and here’s to a spectacular season, may the trees be knee-deep with stumps and dead fall covered , may the park landings be smooth and all the groomers combed to corduroy perfection (but keep some moguls on the side). 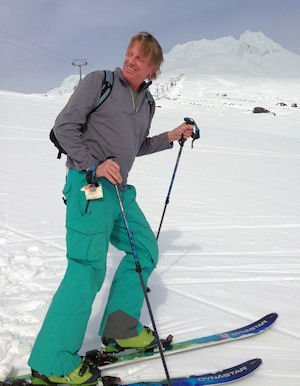