The Weather This Season Has Been a Snowmaker’s Dream! 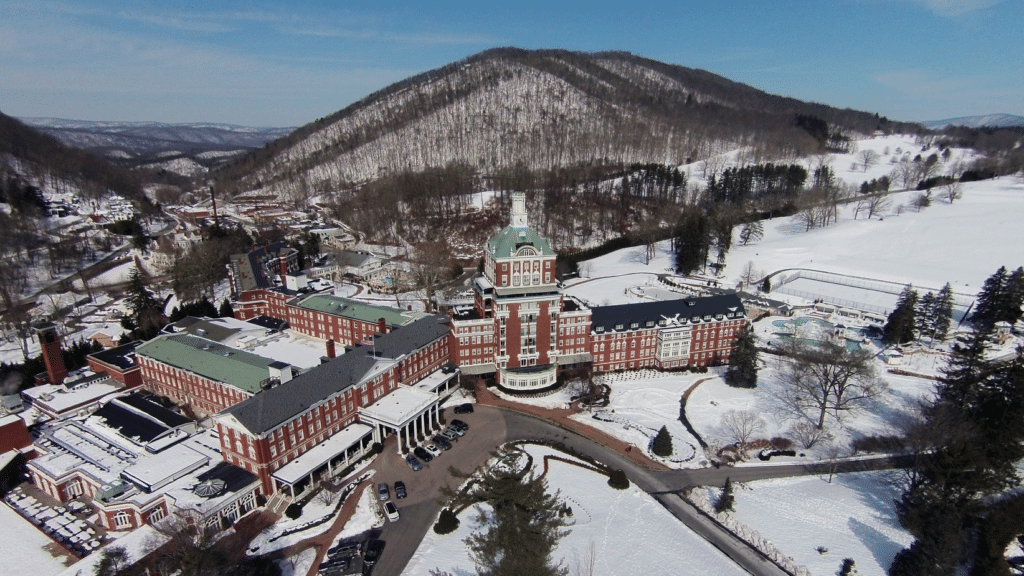 Photo of the Day is from beautiful (and snowy) Omni Homestead Resort in Virginia where they posted, “Winter is NOT a Season; it is a Celebration!”

Ever since the season really cranked up in earnest (mid December), we have had consistently cold temperatures and plenty of ambience, natural snow. That combination is a ski resort, snowmaker’s dream. This weekend marks the halfway point in the 2020-2021 ski & snowboarding season (calculating from December 1st) and one quick look at the archived weather data for Beech Mountain Resort will attest to the consistency I am alluding to. Since December 1st (59 days) we have had 47 of those days when the snowmaking crews could make snow. It has been so good that Beech Mountain Resort and other resorts around the region have not had to make snow during open ski & snowboarding sessions.

On top of that, Beech has seen 60″ of natural snowfall to date and that puts them well ahead of “normal” for this time of the season. (Beech Mountain averages around 80″ each season, so the 60″ thus far puts them about 25% above normal.)

…and things have been that consistent across most all of the Southeast and mid-Atlantic mountaintops!

(By the way, we have ALSO only had a few days of rain all season long and those have been followed by cold and snow.)

Those consistent temperatures have allowed ski resorts to open up most all of their terrain with only a couple of isolated exceptions – which you can discern from the SNOW REPORT.

MORE SNOW (and COLD TEMPS) IS IN THE FORECAST FOR THE WEEKEND!

Meteorologist Brad Panovich detailed his skier’s forecast and we should see additional light snow in the High Country of Beech and Sugar Mountains this weekend. Areas like Canaan Valley Resort, Timberline Mountain and Snowshoe Mountain Resort could see 4-8″ of snow Sunday into Monday.

THE SKISOUTHEAST CREW WILL BE AT BEECH MOUNTAIN RESORT TODAY

…or at least part of the day! We’ll be missing a few of the content crew, but Kenny Griffin, Matt Laws, myself and another eight or nine of our Appnet crew and friends will be hitting the slopes at Beech Mountain Resort this morning. When I connected with Marketing Guru, Talia Freeman, to let her know we were going to do some “product evaluation” or “team-building” there today, she replied, “Sure, come on, but it is going to be slammed.”

I responded with, “It is what it is…but we’ll be there.”

She replied, “It’s going to be CROWDED!” and then added, “Get here by 8am if you want to get a parking spot.”

Folks, THAT is what I have been sharing all season long. I cannot tell you how many people have shared the same “mantra” this season of, “I’ve never seen anything like this season.”

Nevertheless – if YOU are going to be at Beech Mountain Resort today, look for us. Several will be wearing SkiSoutheast hoodies, boggins, gaitors or displaying SkiSoutheast stickers on our helmets. We’ll also be the ones with cameras out and filming.

I’m certain that Kenny Griffin, Matt Laws, Justin Partridge and myself will be brandishing GoPros and broadcasting from the slopes, The Village and probably from the Skybar up top (and the brewery as well). So if you’re reading this, be sure to turn your Facebook notifications ON so that you can catch us each time we’re LIVE. Join in and comment and please share with your friends.

To allow us to all be at Beech by 7:30am-8am, I am posting this FirsTrax and the SNOW REPORT a bit earlier than usual. Most all of the resorts are going to provide the same number of open slopes and trails as Thursday, however, Appalachian Ski Mountain was focusing on snowmaking on Thursday and they had closed a few trails to only provide 7 open on Thursday. We’re THINKING they will be 100% open or close to it today, but call ahead to be sure.

Ditto Beech Mountain, which was 100% open on Thursday’s day sessions, but reported only 13 open last night. We’re THINKING they should be 100% open for day sessions today. (They are already SOLD OUT for Saturday day sessions.)

It was 4:30am this morning as I started looking around at temperatures across the region and while my Weather App shared some VERY cold temps, they weren’t all that accurate as for example, Snowshoe Mountain Resort in West Virginia was showing 3° at 5am. Every mountaintop is also sharing wind chill warnings and alerts for single digit temperatures and EVEN some sub-zero degree marks!

Bundle up if you’re heading out.

Wrapping Up For Now….

As I mentioned, we’re heading out early this morning, hence this truncated FirsTrax report. (Hey a man’s gotta DO, what a man’s gotta DO.) However, I am certain that we’ll be posting photos, videos and LIVE streams throughout the day. I’ll more than likely share some of the nice shots from AROUND the region later as well.

Here are some WINNERS for today:

Be sure to check in with me on Saturday morning as I plan to share a nice video from a snowy hike we did this week.