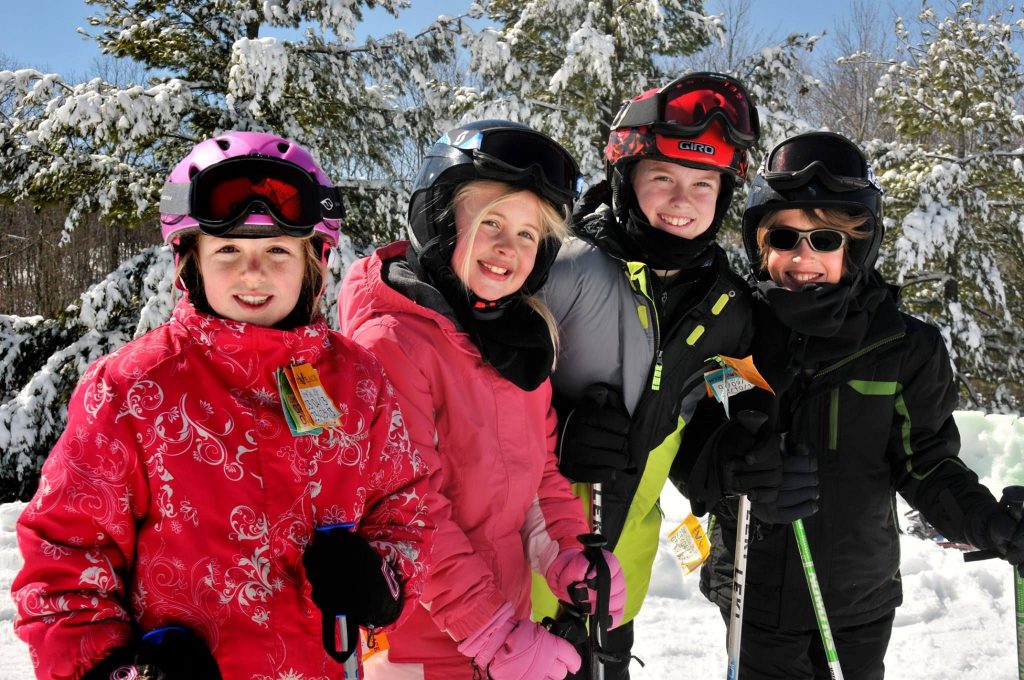 So, you say you are having a pretty bad day and looking for a pick me up? I have a suggestion for you, go to your local ski resort on any given night and check out the smiles on all the faces of the young ones taking advantage of some night skiing and snowboarding.

A wise man (my older brother, Bill), once told me that getting old can flat out just suck sometimes. I think I now know what he is talking about. You see over a week ago after running about six miles on the treadmill, my back gave out on me. Not during the run, but as soon as I pushed stop it seems my back quit working as well. Since that time, I have been basically flat on my back and after five trips to my favorite chiropractor, I am taking baby steps.

This brings me to my point as every Friday night I am one of the team members that helps chaperone about 75 Hurricane Middle School students for night skiing at Winterplace Ski Resort in Ghent, West Virginia. I am usually able to get to the resort prior to the kids’ arrival to get some “product evaluation” in on the slopes. This week though, I was just happy to be able to drive my trusty Subaru Forrester to the resort to help organize the young skiers and snowboarders and get them on the slopes.

One of my chaperone chores is to hand out the lift tickets when the students arrive very anxious to get their equipment on and get on the slopes. While my back was feeling like someone was pushing a pitchfork into it, every one of the kids said thank you when I handed them their ticket and lots of teeth could be seen and away they went.

I don’t know if they were just happy to be getting to the resort or were even happier because they arrived ahead of schedule and the lead sponsor, Assistant Principal Sarah Roper, decided to let the kids free ski and ride prior to their weekly lessons. I don’t think I have ever seen a group of sixth, seventh and eighth graders get suited up for their time on the slopes so quickly.

Watching them group up and head out to the slopes actually made me forget about the pitchfork that was sticking in my back. I admit I wasn’t looking forward to climbing the steps again to return to where all the chaperones gather and was in amazement when I learned of an elevator to assist my assent. Mind you, I have been to Winterplace, probably a hundred times or so and never had I noticed the elevator and on this occasion, I was sure glad I did. Yes, a smile could be seen on my face as I ventured to the chaperone corral.

Another one of my weekly duties for the ski club is to herd the young skiers and snowboarders and get all of the students in their respective ski and snowboard classes. This is easier said than done and I was just hoping that after a couple of weeks they had the routine down. To my delight, the report I got back from the lineup was everything went just fine. There you have it, another smile upon this injured chaperone’s face.

This is my son Christian’s third year with the ski club and you may remember in this column three years ago I described how proud I felt watching him make his first turns in skis on Winterplace’s slopes. In fact, many the students also made their first turns ever on skis the same night that Christian did in 2016. It has been a joy to watch all of them progress through the learning stages. Instead of hearing them get excited about learning to snowplow, I am now hearing them talk about curving a strong edge or depositing their speed to slow down and remain under control. The progression in all of the kids, thanks to the instructors at Winterplace has been at a pace that all of them could move ahead together. I can see this group skiing or riding together for decades to come. Yea, that smile I have been talking about popped out again. Just wish my back would pop back in again.

Now comes the fun part of each ski club gathering, the open ski portion of the night, which comes after a quick cheeseburger and curly fry break for all. This is when they all group up again and try out what they just learned in their 90-minute lesson. This is also a time that I go out with Christian and his friends, just to see how things are going. Thanks to that aforementioned pitch fork, all I could do on this Friday night was to eagerly await the stories of the new slopes that were scratched from the list. That’s one of the true joys of seeing and hearing about new skiers and snowboarders moving from green to blue to black diamond slopes.

Most of Christian’s group have been skiing on many the resort’s black diamonds, but sometimes I think it was more in survival mode, than true skier mode. But I learned during the break that Christian’s instructor “Bill” was quite pleased with the way most of the boys had started making true carving turns on a couple of the more difficult slopes. The word I received was that they were skiing the slopes, instead of the slopes skiing them. Check off another smile, despite looking for another dose of ibuprofen.

The young troop of skiers made their way back in after another few times down the slopes and the chatter was all about, we did this black diamond or that black diamond. The best part of that conversation for this proud dad and chaperone, was that it was accomplished safely, which brought about the final smile of the night and the search for more ice. The joy of watching the corralled cats have fun and smile through the experience was complete.

That’s it for this week’s column, more to come as the season begins to wind down and hopefully a mended back is in my future. Just remember whether it be cold or whether it be warm, we’ll weather the weather, whatever the weather will be. Think about it! See you on the slopes.

Previous Post
Lots of People Enjoying the Slopes this Weekend
Next Post
A Day for Ducks and The Young at Heart at the Ski Resorts!