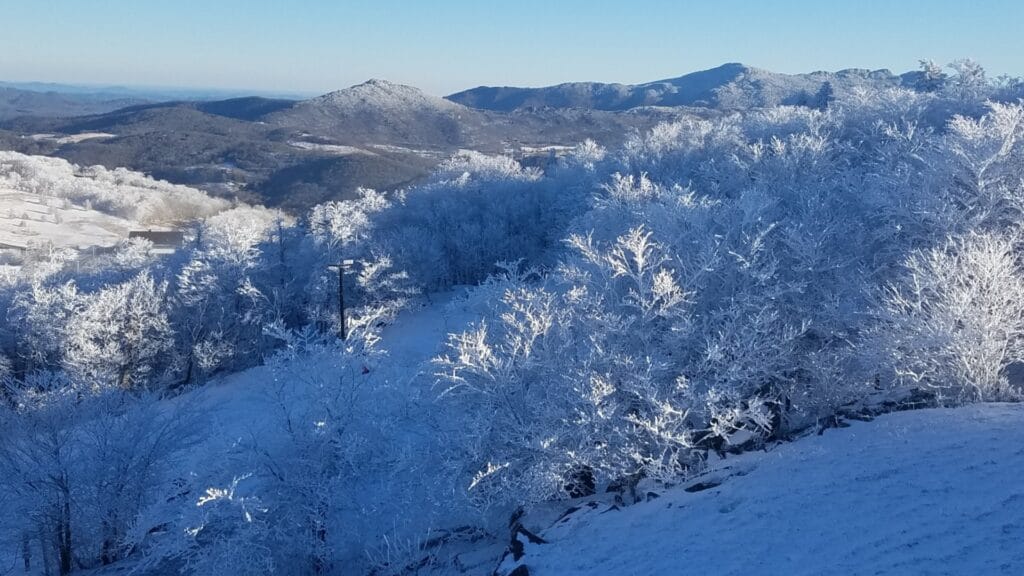 Hello skiers and riders of the Southeast!

Hope you are enjoying this time of year while the ski gear remains in storage.  The halfway point of the offseason is in the rear-view mirror, and the mercury in the thermometer will slowly start to drop. We have concluded the August fog count and are ushering in autumn with applause.

Some people consider this time of year to be the unofficial kickoff for the next ski season, but whatever your belief may be, it is all good with me.  Soon enough the splendor of soft snow will reappear.

The purpose of this writing is to share some fun facts while piling up useful insight to multiple features within the region that we ski and ride.  Hopefully this will expose you to something unique, and perhaps add to your enjoyment the next time you are out and about.

My goal is to not bury you with boredom, but instead uplift you with trivial knowledge.

Before I dig deeper, I want to say that some of the upcoming content is based upon the theories of plate tectonics, geology, carbon dating, etc. and some readers may dispute those claims, which is fine.

I am not trying to push or promote these theories in a “This is correct and that is not” kind of way.  I am just being a messenger for some of the discoveries within our geographic zone.  Also, I am NOT a geologist, but I am a fan of all the things that make skiing and riding possible.

Some things about the ski southeast region cannot be disputed, such as the fact that the highest elevations for any ski area east of the Mississippi River on the North American Continent are right here.

That’s right folks, our piles of rock and spinning chair lifts reach further up than other nearby mountain ranges such as the Poconos in Pennsylvania, the Adirondacks in New York, the White and Green Mountains of New England, and the Laurentians in eastern Canada, eh.

On our website you will find that Beech Mountain Resort is the highest gem at 5,506 ft. above sea level.  At the summit there is an awesome yurt with tasty beverages on tap, a stunning sun deck where yoga classes in the morning, an 18-hole disc golf course in which the front 9 starts at the top and works its way down hill to the village, and of course spectacular views all around.

Am I alone in wishing that they would put a sign on one of their trails at precisely 5,280 ft. to indicate one mile above sea level?  I am certain that it would be a hot spot for photos.

For those that are curious, Whiteface Mountain Ski Resort in the upper portions of New York comes in as 6th highest on the east coast even though their peak elevation of 4,867 ft is above Snowshoe and Wolf Ridge and that is because their highest skiable terrain is below that mark at 4,650 ft.[i]   Not to be a nitpicker, but I find it sort of odd that some of these numbers are neat and clean with smooth edges.

This is particularly true for Sugar Mountain because a quick internet search on the US Geological Survey (USGS) shows the mountain apex being below the mile marker, and coming in at 5,236 ft.[ii]  Perhaps that is why they lack a sign indicating one mile above?

Speaking of neat and clean with smooth edges, the Appalachian Mountains are arguably some of the oldest mountains in the world.

The evidence suggests that plate boundaries of ancient supercontinents have collided and pulled apart multiple times in this region to create distortions in the landscape.  Then a significant amount of time has passed with multiple ice ages, including the Snowball Earth hypothesis (pow days everywhere… maybe), and other natural weather erosion factors, and you get a more mature, polished, and tranquil landscape when compared to other mountain chains.

This is why the Appalachians appear smoother than others such as the Alps, Andes, and Himalayans.

There are estimates that some of the exposed rocks in this region are over 1-Billion years old, especially in and around the highest peaks of Tennessee, North Carolina, Virginia, and a little bit of Maryland.[iii]

For example, the appropriately named Blowing Rock Gneiss, which is estimated to hit the decuple-digit age mark, is surrounding the town of Blowing Rock, NC with a handful of outcrops. Another fun fact is that when looking at a map showing a zone of potential rock slope instability within Watauga County, NC provided by the USGS, you can see that nearby Appalachian Ski Mountain consists of Greenstone (Zgmg) and Beech Mountain Resort sits upon Beech Metagranite (Zcbgr).[iv] I for one think that Metagranite would be a cool name for a ski trail, but hey, now you know what kind of boulders are visible underneath Lift #5 at Beech. Hopefully you understand the “sedimental” value of that. 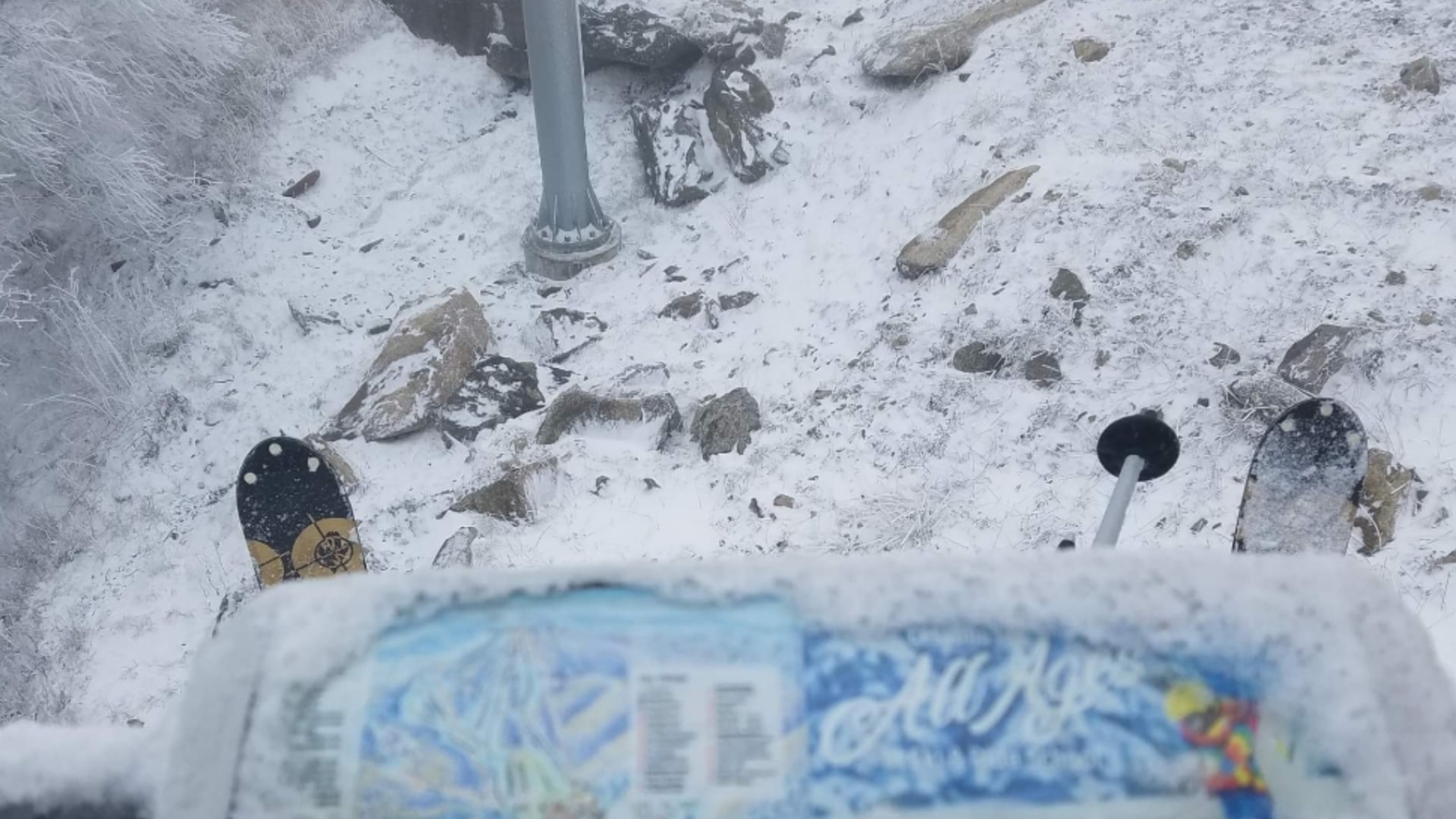 Further north in Virginia there is a portion of the broadly defined Ridge and Valley Province, which is a physiographic boundary of stretched out mountains and wide valleys, where Massanutten Mountain rises like a baseball seam on a flat cowhide shell. Within the center of this elongated mountain is another valley that creates a horse saddle shaped synclinal ridge[v] in which the ski slopes and chair lifts occupy the most southern portion. I find this to be fascinating because not too many places in the world offer a similar setting, especially with ski slopes on site. Students from nearby James Madison University can easily go from campus to chair lifts with a drive of less than 30 minutes.

At the resort there are an ample number of activities and entertainment beyond skiing and riding which include a waterpark, golfing, mountain biking, escape rooms, festival, and street curling.[vi]  Check it out sometime.

If you take a drive slightly less than three hours north-west to West Virginia you will come into the Canaan Valley where two of our powder stashers reside, Timberline Mountain and Canaan Valley Resort.  This part of the ski southeast region is quite unique because it contains a lot of rocks that are difficult to erode away with time, such as the Pocono Group sandstone.[vii] The estimated ages of these boulders at roughly 350 to 400 million years old.[viii]Other things to note about this location is that it is the highest mountain valley east of the Rocky Mountains, with a base elevation of 3,100 feet.

Add the fact that the location is within the cross hairs of north-west flows from the Great Lakes or occasional nor’easters with significant western reaches, and this place is prime for pow-pow. That setup will always win a skier or rider’s heart by a landslide. 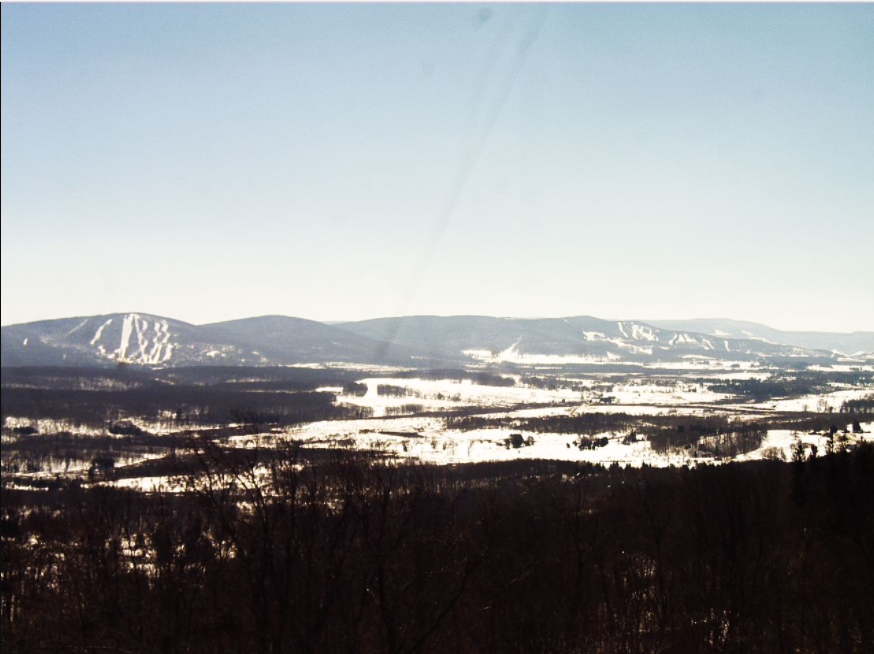 Turning your compasses towards Tennessee, and essentially traveling parallel to the Blue Ridge Mountains, you will come to a very scenic setting in Ober Gatlinburg.

Our lonesome Volunteer State ski resort is nestled in a quaint valley adjacent to the Great Smoky Mountains.  It is also situated in close proximity to a seismic zone underneath called the Gatlinburg Fault Line.[ix] I am not saying that this region shakes with the same intensity as the San Andreas out west, but this setup could add some extra ski or board chatter while cruising down the run, albeit to no fault of your own.

Fortunately, recent Richter Scale readings published by the National Park Services show that none of the rumbles near Gatlinburg surpass the 3.0 mark and that an overwhelming majority of measurable vibrations occur several miles west of there in the Tennessee Valley.[x]

Another thing to note is that Ober Gatlinburg sits at lower elevation, 2,700 ft. base and 3,300 ft. summit, when compared to some staggering summits nearby.  Two of the most famous peaks are Clingmans Dome, topping off at and 6,643 ft.,[xi] and Mount Le Conte which kisses the sky at 6,593 ft.[xii]  These peaks are just a portion of a long series of connected mountain tops that rise above 5,000 ft. and stretch for over 36 miles according to the National Park Services.

If we were to take those elevations and factor in the gentle sloping north to northwest facing sides, we would have a decent setup for some trails of significant length.  The length of the runs could be comparable to that of the Western Territory at Snowshoe or a top to bottom descent down Sugar Mountain.  I know our own Brad Panovich has stated in the past that it would be incredible to have some ski trails on Mount Le Conte.  Consider me to be someone that agrees, and if not that peak, then perhaps a nearby one.

I don’t know who the powers that be are to make this happen, but hopefully there are enough people in the right position that have the stones to do so.  Our ski southeast region already rocks, and this ever-growing industry is on a roll.