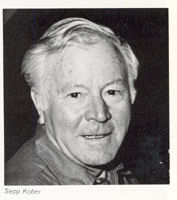 Hot Springs, Virginia – Sepp Kober is known by many as one of the founding fathers of southern skiing.  He co-founded the Southeastern Ski Areas Association and in April of 2010 he will be recognized as "an Honored Member of the US Ski & Snowboard Hall of Fame, Class of 2009."

The US Ski and Snowboard Hall of Fame sent a letter from the organization’s board of directors addressed to Kober on October 1, 2009. It reads, "You are being recognized for your decades of generous work developing skiing in the southeast of the United States."

The induction will take place in Beaver Creek, Colorado on April 9, 2010, according to the letter.

Congratulations to Sepp Kober for a lifetime of dedication and service to the ski industry, especially the southeastern ski industry! 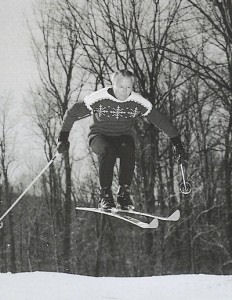 Sepp Kober was one of the primary builders of the southeastern United States ski industry, which today is the largest and most active feeder market for resorts nationwide. Twenty ski areas in Maryland, West Virginia, Virginia, North Carolina, Alabama, Arkansas, Kentucky, Missouri and Tennessee combine to teach more beginner lessons than any U.S. ski region. They host from four and five million skiers in a typical season and there are more ski clubs and club members in the southeast than any other region of the country. Sepp pioneered these significant achievements during the formative years of the sport, from the 1950’s through the 1970’s. In the process, he’s earned regional and national honors.

In 1962 he represented the southeast as a charter member of the National Ski Areas Association at its inaugural meeting at The Broadmoor in Colorado Springs. Former NSAA President Cal Conniff recognizes Sepp’s leadership. "I worked with Sepp on many projects for the good of the sport. With the advent of improved snowmaking equipment he was the first to prove that skiing in the snow starved Southland could become a reality. He ran a class act ski area and ski school at The Homestead for many years. Many ski areas began to spring up all over the southeast and Sepp was there to advise them on how to do it."

There are many ski areas in the Southeast today that introduce tens of thousands to the great sport of skiing. A man named Sepp Kober got it all started. 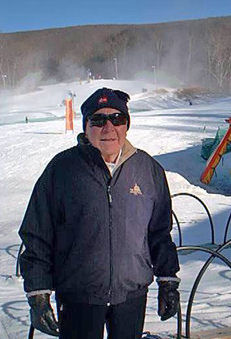 Current NSAA President Michael Berry writes: “His efforts to organize ski clubs in the region created a flow of new skiers that continues to this day. Far too often we overlook industry founders whose work has taken place outside of the traditional ski regions. In this case it is extremely important that we set this inclination aside and elect Sepp Kober to the U.S. National Ski Hall of Fame. It could be easy to overlook his contribution due to the fact that in the 1960’s and 1970’s no one thought that skiing was viable south of the Mason Dixon line. However, Sepp and a few others proved that not to be the case. Today the vitality of skiing in the southeast is critical to the growth of the industry on a national basis.”

“The Father of Southern Skiing” was an honor bestowed by the Southeastern Ski Areas Association, an organization Sepp co-founded and served multiple terms as president. The award recognizes his more than three decades crisscrossing the South designing slopes and teaching the first ski area instructors. It reflects his being the region’s first certified ski instructor, it’s first ski area director, and first to organize and host USSA sanctioned events when he brought two USSA races to The Homestead in 1976. As The Homestead’s ski director, he was first to promote junior racing and NASTAR below the Mason Dixon Line. He set courses and supervised sanctioned races at The Homestead annually. In the off-season he was the first to introduce developing areas to the concept of master planning. With his compact, powerful and effortlessly graceful skiing style, he inspired southern ski entrepreneurs to invest in the snowmaking infrastructures that would become the mainstay of the industry. He provided areas and shops with accredited sources of inventory, rental equipment, and lifts, as a representative of Ski Lift International, Borvig, CTEC, Beconta Ski Company, White Stag, and the Head Ski Company. Because of these efforts, many manufacturers of equipment, lifts, snowmaking, and ski apparel have given Sepp their endorsements to the Ski Hall.

In 1970, Sepp founded the Southeastern Ski Representatives Association and was its president for six years. In that regard, Mary Kalis, Executive Director for the Southeastern Winter Reps Association, the outgrowth of SSRA, says: “Sepp’s commitment to the sport of skiing is huge…He has contributed to the development of skiing at all levels – Sepp has helped the small mom/pop rental shop open their doors, he has advised the larger retail establishments on the type of products needed in their shop. Over 25 years, (Sepp has) joined with a small group of reps to establish the SWRA and for years organized the rep association shows (that are) the model for the shows that the association continues to host each year.”

His influence in the South started when he became its first and only instructor on the first rope tows below the Mason-Dixon Line, erected at Weiss Knob in West Virginia and at Wisp in Maryland in 1958. At the time he was one of several prominent young European racers recruited as instructors at Stowe, Vermont by Skimeister Sepp Ruschp. People streamed out from Washington, DC, on special ski trains to the “drifts at Wisp and in West Virginia’s Canaan Valley and Sepp recognized the potential of the sport in the South. The following season of 1959/1960, he became the region’s first ski area director, at the 5-star Homestead Resort in Hot Springs, Virginia. His job was to cut slopes, install snowmaking, purchase rental gear, develop a ski school and permanent lift system (all firsts below the Mason-Dixon), and somehow sell the incongruous ideas of Southern skiing.

To do so, he traveled throughout the South training technicians in Atlanta, Baltimore, Winston-Salem, Charlotte, Richmond and Virginia Beach, whose first shops became skier magnets. He founded clubs and encouraged his Homestead ski staff to do the same. SIA President, David Ingemie, stresses the importance of this early work: “Ever since I can remember Sepp has embodied all that is good in skiing and has worked hard at spreading that good will and activity to everyone. He was a major influence in developing skiing in the southeast.”

Many other national figures repeat this. Squaw Valley Ski Corp General Manager, Hans Burkhart, echoes this: “Sepp enjoys an excellent reputation in the ski industry, and promotes improvement and positive exposure of the southeastern United States for being the major domestic feeder market that it is.”

Bill Stenger, President of Jay Peak: “I’ve had the pleasure of knowing Sepp for over 25 years and have the utmost respect for him as a true pioneer in southeaster learn-to-ski activities. As we all know, it is the entry level resorts that specialize in teaching the sport of alpine skiing that have created the foundation of our alpine industry. Sepp’s long-standing leadership in ski school activities is the southeast’s booming area of new skier growth has been remarkable.

There are few southeastern ski areas today that haven’t felt Kober’s hand in slope design and instructional programs. He furnished their ski school staff with teachers he recruited from Europe and trained at The Homestead in the Graduated Length Method. GLM founder, Clif Taylor, personally certified Sepp in this teaching method in 1969.

The Board of Directors of PSIA Eastern Division awarded him honorary lifetime membership, “For His Outstanding Contributions to the Sport of Skiing and the Ski Teaching Profession.”

As clubs and skier visits around the region increased, Sepp became a prolific slope builder. His first projects included Cataloochee Ski Area, Hound Ears, Fairfield-Sapphire Valley and Wolf Laurel in North Carolina, Ober Gatlinburg, Tennessee, Tan-Tara in the Missouri Ozarks, and the Dog Patch USA in Arkansas. This quickly led to his introducing master planning at the four-season fly-in recreational community of Bryce Resort in Virginia, where he managed every skiing detail, including placing Homestead instructor Othmar Mair as ski area manager along with Homestead instructor Dieter Bear as ski school director, and Kober protégé, Bob Ash, as head of snowmaking. All three men went on to make significant contributions to the U.S. ski industry. Sepp also was instrumental in the opening of Ski Butler in Kentucky, Starlight in Indiana, Silver Creek and Timberline in West Virginia, Ober Gatlinburg and Renegade in Tennessee, Mountainrun in Virginia, and North Carolina’s Ski Beach, Wolf Laurel, Fairfield-Sapphire Valley and Sugar Mountain.

Other highlights of Sepp’s long and dedicated career, include many ski industry firsts, such as co-founding the Mid-Atlantic Ski Areas Association in 1960 with “Doc” DesRoches. DesRoches and Kober were it’s initial president and vice-president, respectively. This groundbreaking organization included southeastern areas until they formed the Southeastern Ski Areas Association. The current SSAA supports Sepp’s nomination to the U.S. National Ski Hall of Fame with unanimous resolution: “WHEREAS, Sepp Kober is a U.S. ski industry pioneer and was present at the creation of the National Ski Areas Association and is an active leader and guiding force in the U.S. ski industry…and for the past forty-five years has unselfishly shared his expertise to help develop the U.S. ski industry by promoting skiing and making the sport available to many new individuals over a much larger geographic area…(and) the success of many Southeastern Ski Areas can be attributed to Sepp Kober’s early involvement…(and) Sepp Kober continues to be a strong influence in skiing…the nominating committee is respectfully requested to favorably consider the nomination of Mr. Sepp Kober.”

For 39 years, Sepp Kober tirelessly shared his knowledge, vision, and goodwill in developing the major feeder market of the national industry. He was the South’s first link with the world of skiing and remains the region’s most avid skiing promoter, today.

(Portions of this story were reprinted with permission from SkiHall.com)

Previous Post
SNOWSHOE MOUNTAIN RESORT TO DELAY OPENING DAY FOR THE 2009-2010 SKI SEASON
Next Post
Forecasters are predicting snowmaking temps for Thanksgiving weekend and into December!