October is here and ski/snowboard season is just a few weeks away now! I am pretty pumped to type that. It’s been a long, hot summer and I am ready for snow. It looks like some areas up here in the High Country could see some flurries in a few days as a cold front is going to move through. While it won’t be anything significant, it’s still nice to be able to mention snow in the forecast. In addition to the possibility of the white stuff, it looks like much colder weather is on the way as well. It’s going to be in the low to mid 70’s up here today, and later this week the highs will only be in the 40’s! Mountain weather is crazy.

With the season approaching fast, now is your last chance to get some new gear and apparel for cheap.  There’s nothing better and more satisfying than starting out winter with all new stuff.  I’ve been good with not buying anything all summer, but lately I’ve been feening (yes, I said feening) for snow.  Over the last couple of weeks I’ve made a few purchases and with the beginning of Appalachian Ski Mountain’s 14th Annual Tent Sale, I decided to make a trip out there Friday to see what they had on sale. 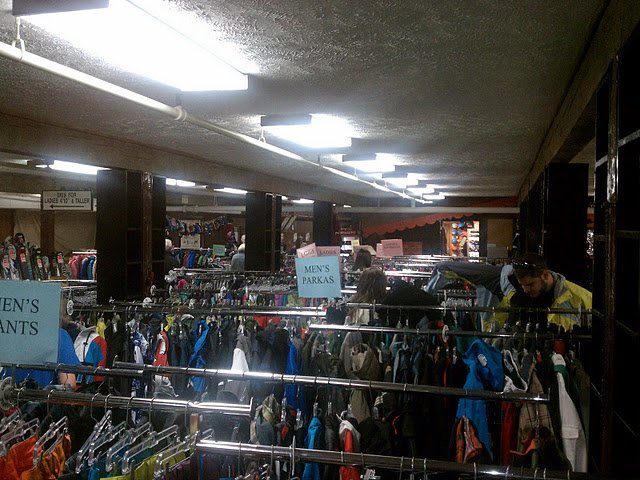 <<<As you can see, there are racks and racks full of apparel, all at clearance prices!

First off, I was expecting a huge tent outside considering it’s called a tent sale.  It kind of threw me off when I got there and the sale was actually in the ski rental area.  There is a ton of gear on sale right now.  The whole downstairs area of the lodge is pretty much filled with racks of clothes and boxes of gear.  Apparel for youth, men, and women can be found and it’s all substantially marked down.  I ended up buying a Burton softshell hoodie.  It was something like 40% off and is going to be great for those spring, park riding days.  I can also wear it around like a regular jacket so I’m pretty stoked to have gotten it. 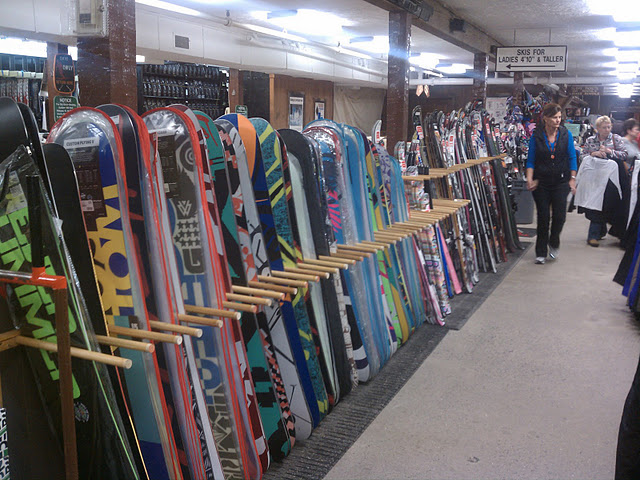 There is a huge selection of snowboards, skis, boots, and bindings!>>>

If you’re looking for some boots, boards, bindings, etc., they have plenty of that too.  I was checking out the selection of snowboards they had on display, and if I hadn’t just bought some new boots online, I probably would have gotten some there.  They also had a bunch of some pretty sweet goggles.  I had to keep myself in check though. 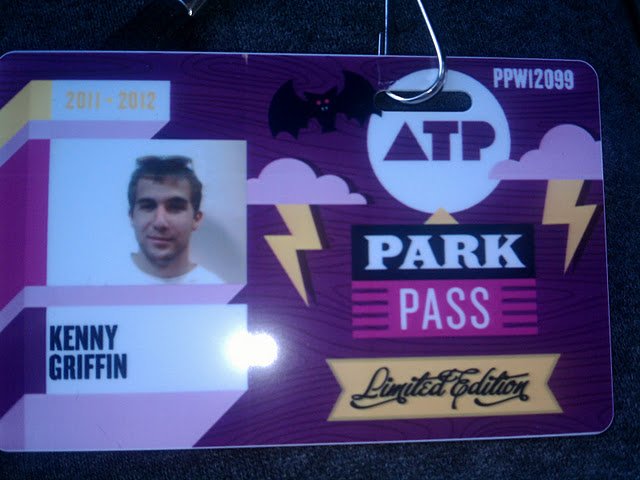 Before I left I also decided to go ahead and pick up my park pass.  It was only 5 bucks and they are selling limited edition ones right now.  They have some pretty cool graphics on them.  Some people don’t like the idea of having to buy one of these, but I like it.  It keeps people out of the park who have no business being in there.  I really wish Beech would implement something like this.

Anyways, it’s a really great sale going on out there right now.  I highly suggest checking it out.  It will continue through this Sunday, October 23rd.  They’re also going to be having two video premieres on Sunday as well.  You can watch the new ski flick entitled After Dark, and the new snowboard film from Burton, Standing Sideways.  It is free for all guests and there will be all kinds of door prizes.  For more info, click here.