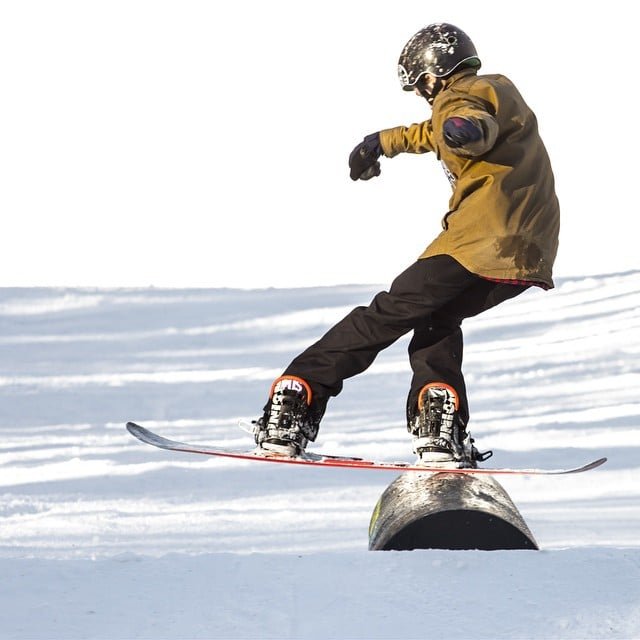 Another Friday is here.  Where has the week gone?  The weekend is shaping up to feature some great skiing and snowboarding…at least for Saturday anyways.  Sunday is looking wet so if you can get out tomorrow I’d highly suggest it.  It looks like the temps will be too warm for snowmaking, so no blowers will be on.  Woohoo!

So this weekend we’ll have App, Cat, Sugar, and Bryce Resort open.  Of those four, Sugar and App are the only ones who will be open for night sessions.   I’m headed out to Appalachian Ski Mountain tomorrow to look like a fool in the park basically.  I hear they have some jumps set up so I’m going to throw some mean shifties. All of the park riders will be in so much awe. Ha.  I will be out there though and if you see me, say hey!  I’m hoping to get Mike out there to fly the drone around and get some awesome shots.  There’s a park contest at 2 and I’m hoping to film that a little with the drone.  It has the potential to look really cool!

Cold temps and perfect weather made for an epic opening day! Come out this weekend for some awesome set ups and the @stzlife contest on Saturday! See you all out there! Photo: @tansinclair Boarder: @zeach_and_destroy

Yesterday I was talking about Gunther’s Run at Sugar and I mentioned how it looked pretty steep.  Interestingly, today they have changed the rating to a blue-black.  Basically, it’s an advanced intermediate now.  I wonder if somebody wrecked themselves yesterday?  I saw some people bombing that run in the early hours.  Can’t wait to hit it.

Beech Mountain Resort announced yesterday that their opening day will be next Friday, November 28th…the day after Thanksgiving.  Some of the whale pics I’ve seen out there have been awesome.  Opening day conditions should be some of the best ever.  There’s even a little snow possibly on Thanksgiving Day for them which would make Friday even better!

Next week is going to be exciting.  Not just because of Turkey Day and Black Friday, but because we have several more ski areas slated to open.  Massanutten, Snowshoe, Canaan Valley, Wintergreen, Ober Gatlinburg, and Beech are all scheduled to open for the season by next weekend.  The forecast looks pretty good and all should offer some fantastic conditions, especially for November.  Stoked!  If you have a Thanksgiving trip planned, it’s looking like you are going to luck out.  I’ll talk more about all of this on Monday though.

Until next week, enjoy  your weekend!

Previous Post
Canaan Valley Resort to Open for the Season on November 29th
Next Post
There are FIVE Ski Resorts Open TODAY… (SIX) if you count Ober Gatlinburg’s Tubing Park!