SUGAR MOUNTAIN RESORT LEADS THE UNITED STATES IN BASE DEPTH, UNLESS YOU CHOOSE TO BELIEVE SAPPHIRE VALLEY’S NUMBERS! 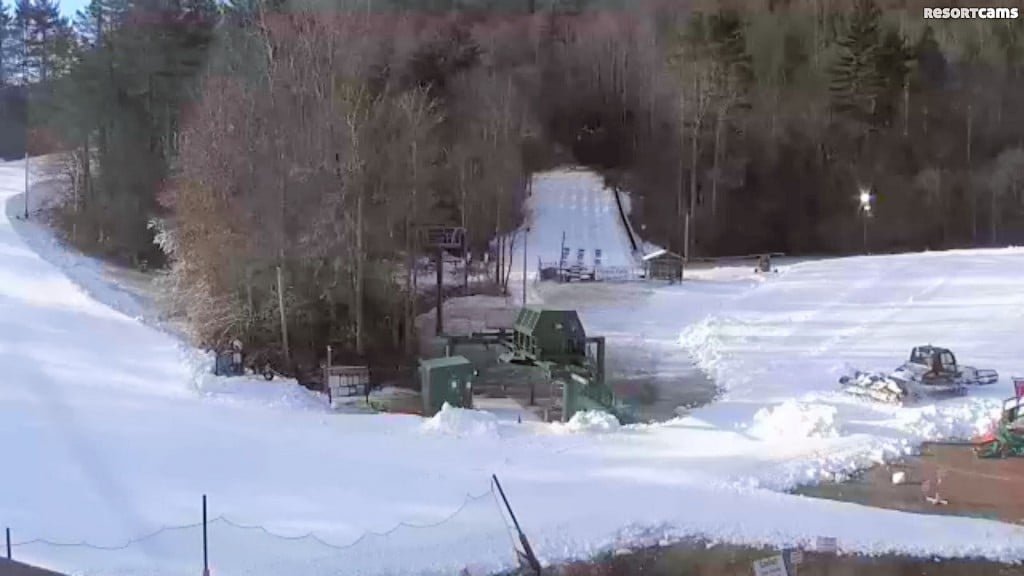 Here’s an image of Sapphire Valley’s peeps grooming and managing that TEN FEET OF SNOW!

THIS HAS BEEN THE STRANGEST WINTER OF MY TENURE…

Good morning peeps. Check out the SNOW REPORT if you’ve come here to check on the lift and slope status across the region. I’m just going to ramble a bit this morning as the thoughts just come to me. If I attempted to organize how best to share the content I want to share today – it would STILL appear as rambling…so here we go.

THIRTY-NINE INCHES OF SNOW FELL IN WEST VIRGINIA IN JANUARY 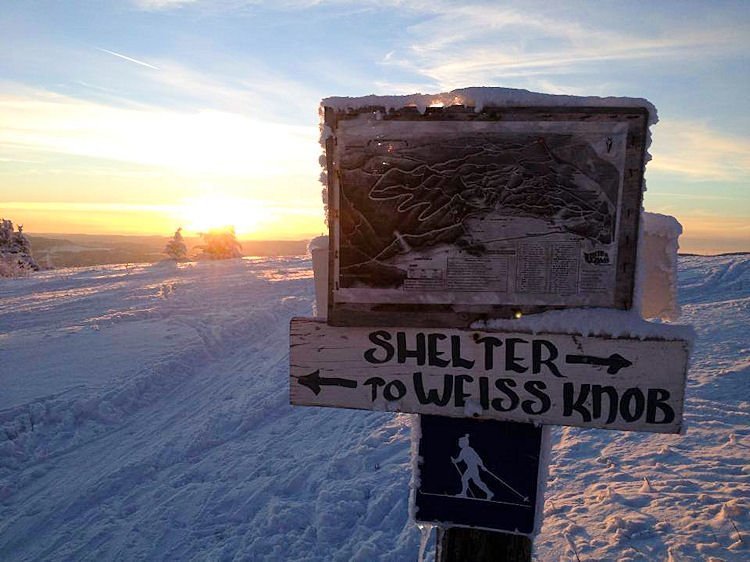 (A nice photo from at Canaan Valley this week)

Actually 39.3″ of snow fell across Canaan Valley in January and the Davis, WV area has already seen 8.1″ of snow in these first 7 days of February. Snowshoe saw about the same amount of snow in the last 35 days and yet their 89″ is still perhaps 1-2 FEET below normal.

However, venture southward into Virginia where Massanutten Resort leads the state’s mountain communities with 14.5″ and you’ll begin to see just how strange this season has been thus far.

North Carolina’s Cataloochee Ski Area has seen 17.5″ of snow so far, but across the state line into Tennessee, Ober Gatlinburg has had 21″ of snow. During a typical winter, Cataloochee will see nearly twice as much snow…

While Beech Mountain leads the way within the confines of North Carolina with 42.5″ so far – just 30 minutes down the mountain and over in Blowing Rock – Appalachian Ski Mountain has only seen 10″ and some people in Boone and Blowing Rock would tell you that they’ve not seen THAT much.

Temperatures have been “strange” as well. Yes, it’s been cold lately (very cold actually) and resorts have been able to make a truckload of snow. However, we’ve probably seen as many NO SNOWMAKING DAYS as we’ve seen days wherein the resorts could make snow.

Weather gurus have probably been pulling their hair out this season. Seemingly every time they forecast good chances of snow, it doesn’t materialize. 7-10 days ago we were expecting a BIG SNOW here in North Carolina. That didn’t happen. Then this past mid-week I saw  NEXT WEEK’S FORECAST which included three days of snow. Now TODAY, those potential snow days have all vanished.

Okay there IS a chance of snow Sunday and Monday night around Beech and Sugar and into Snowshoe and the WV resorts. However there’s an equal chance of it being the “under developed” kind – rain.

So with all of this inconsistency in temperatures and snowfall, the conditions on the slopes are terrible, right?

I received some emails this week from those of you who evidently don’t know how to click on www.ResortCams.com and see just how AWESOME the ski areas look. Kenny Griffin reported the other day that we’re nearly at 100% open at most ski areas.

Kenny shared that there are 330 slopes and trails (of 356 available) open across the Southeast and mid-Atlantic right now.

There is some pristine conditions across the southeast and mid-Atlantic really no matter WHERE you choose to ski or ride. I’d highly recommend hitting the slopes over these next few days as things couldn’t be much nicer at EVERY mountaintop community.

COLD AIR APPEARS to be coming back in going into NEXT weekend so that trend of awesome conditions should continue.

I’m going to go ahead and admit that the subject of base depths has ALWAYS been a sore one for me. I’ve made no bones about the fact that I cringe when I start seeing base depths rocket up during a cold spell – and then never drop AS DRAMATICALLY during warm weather thaws.

Jim Cantore of the WEATHER CHANNEL actually caught some heck a few years ago when he stated on air about how silly some of the base depth reports were across North Carolina. I’ve challenged some of them from time to time and Joe Stevens has equaled my own comments when base depths seem to soar right before major holidays like MLK or President’s Days…

I SHOULD add that when our Southeast ski resorts have the kind of temps like we’ve had this past week (2° – 4°) they can make some HUGH swells of snow. HUGE. There ARE probably spots on every mountain where the snow is 10-15 feet deep. My only argument has been that you won’t find 10 feet of snow across even one-half of one slope, so it shouldn’t be reported as such.

That said, as I was doing the snow reports this morning, a few things jumped out at me. ONE is that our guy, Kenny Griffin has got to stop reporting “PACKED POWDER” for some of the ski areas that have not had natural snowfall. Second, I don’t know WHAT that young man was thinking when he crawled out of bed, threw on a hoodie and filmed the snow report on Friday morning.

I received a bunch of emails from you guys on that one yesterday. I guess it’s cool that you’re AT LEAST paying attention! Thanks for sharing your thoughts and a particularly hearty “SHOUT OUT” goes to “MAX” who emailed me on Friday. (Thanks Max. Good email. I’ll take it under advisement.)

The OTHER thing that jumped out at me was the fact that while the ski resorts in West Virginia have had MORE SNOW and colder temps, THEIR base depths have remained low-er.

As an example – with more snow and colder temps all season long (and with lots of snowmaking) Timberline Resort in West Virginia is reporting a base of 30-40″.

Beech Mountain has had very cold temps and good snows and is reporting a very respectable 42-76″ of base. The WV resorts are all reporting 2-3 feet of base and Wisp Resort in Maryland has hovered at 24-26″ ALL SEASON LONG. By the way, Wisp has perhaps the biggest, baddest snowmaking system in the region. (Wintergreen’s might be right there with them.)

By the way, Wintergreen Resort is reporting a 40-60″ base depth.

…AND THEN THERE’S SUGAR AND SAPPHIRE VALLEY…

I’ll bet you guys didn’t know that little Sapphire Valley Ski Area in southwest North Carolina leads the entire United States in base depth for ski areas – or at least THEY SAY THEY DO!

Upon further review… I think Sapphire’s peeps are delirious…

HERE’S WHERE THE MATH GETS REALLY FUZZY

I think they’re making this stuff up as they go.

We’re just going to say that they have “PLENTY” of base but not what they are reporting.

Can you guys and gals believe that? We’ll report it and you can comment if you like. [email protected]

Sugar leads the United States with 48-108″ base depths.

I would think that SUGAR would be reporting it that way. I mean, if you’ve got it, flaunt it, right? I guess they’re not overly celebrating this feat. It’s kind of like the NFL star who scores a touchdown and then acts like they’ve been there before instead of doing the “Ickey shuffle”.

Want to know how Sugar’s depths stacks up with the other national leaders???

Sugarbush leads the Vermont ski resorts with a base of 12-72″. Why wouldn’t they push some of that SIX FEET over to the ONE FOOT?

Wyoming’s Grand Targhee Resort has an impressive base of 84-98″.

By the way has anyone ever questioned why Bogus Basin in Idaho is called Bogus Basin? With a 34″ base on 2600 acres, it doesn’t SOUND Bogus…unlike some of our region’s base depths.

Oops, did I say that out loud?