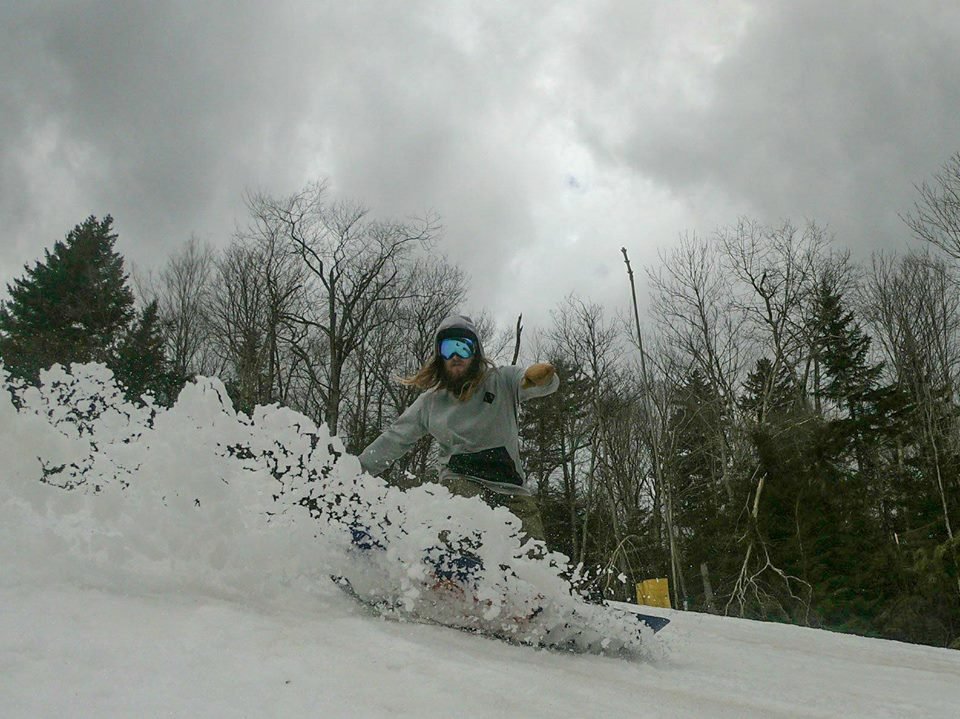 I’d be remiss not to mention that I had my first case of spring fever yesterday.  Temperatures off the mountain hit the 80 degree mark down here in Charlotte and my 5 mile Wednesday run felt goooooood.  It’s kind of a bittersweet time right now for me.  Admittedly, the spring preview has been nice but it’s also sad to see snow conditions deteriorating.  The record warmth has continued to put a hurtin’ on the ski slopes and it looks like that will continue for several more days.

It’s another morning with temps mostly in the 50’s at the ski areas.  Yesterday’s mildness was impressive and that is evident on the snow reports this morning.  Wisp, Winterplace, and Wintergreen all lost double digit trails since yesterday.  A few other resorts lost a trail here and there as well.  You can only fight Mother Nature so much.  Wintergreen and Snowshoe both posted some images from the mountain yesterday and coverage at those two resorts still looks swell.

Even at resorts where the coverage isn’t quite as good as the above two resorts there were some people out and about on the mountain.  The image below is from Cataloochee yesterday and that snowboarder is what we call a die hard. 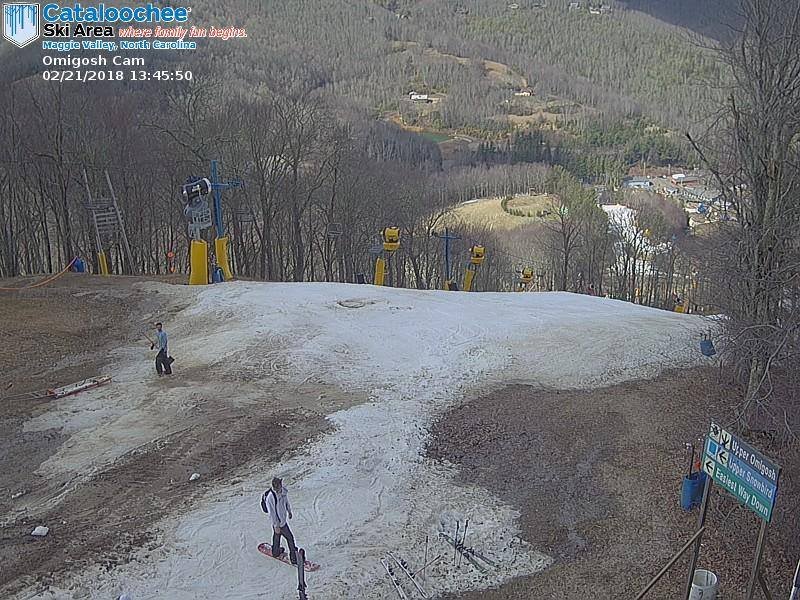 There’s not much change to the forecast in that the mild temps will persist through the weekend and scattered showers will be prevalent, mainly up into Virginia and West Virginia.  It will be cooler next week and the more prominent pattern change is still a week or so away.  It is very frustrating to look at some of the weather models and see that once we get to March it looks like things will cool off significantly.  I say frustrating because by then this February blowtorch will have caused many resorts to call it quits for the season.

How warm has it been this month?  I won’t go into too much detail but a quick look at the two weather stations I like to use, Banner Elk and Snowshoe, shows that they are 5 to 6 degrees above the 30 year average.  That’s significant and pretty similar to what we experienced last February.  Combine that with the rain and yeah…

Those ski areas that can weather this thaw, and there will be some, will be treated to a much better first half of March.  As I already mentioned, the beginning of March looks much, much cooler.  There could also be some snow to kick off the Ski Southeast Summit at Snowshoe…

I like what the ECMWF is hinting at for The @SkiSoutheast Summit. pic.twitter.com/G4tFKKlKR8

I would LOVE to be riding some fresh snow 8 days from right now.  Either way it’s going to be a fun weekend at Snowshoe so if you haven’t made plans to join us just yet, get on it!

A quick update on closings and adjusted schedules…Wolf Ridge was hoping to open back up for the weekend but the weather hasn’t allowed that.  They are done for the season.

Bryce Resort is still open but they won’t be night skiing tonight or tubing today.  Massanutten has adjusted their operating schedule and are done with night skiing for the rest of the season.  They mentioned that snow activities will operate on a day to day basis, so make sure to check their site or here before heading up that way.

That’s it for today.  Check back tomorrow as I’ll actually have some re-openings to talk about as we head into the weekend.  Get it while you can!