SNOWY LAST COUPLE OF DAYS AT SKI RESORTS AND BIG SNOW IS ON THE WAY! 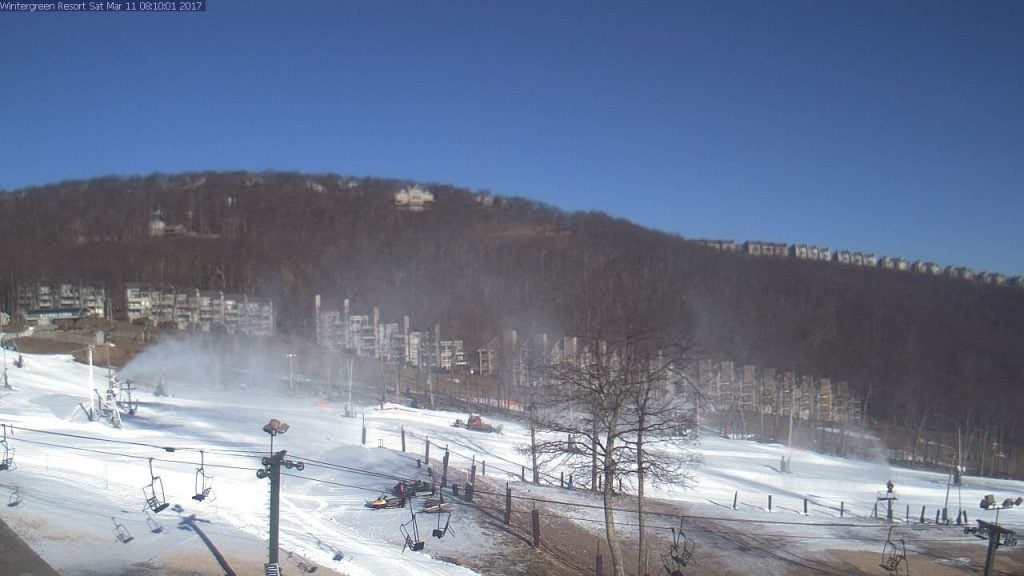 It seems like every weekend when I am reporting…we’re getting colder temps and snow. Then in the middle of the week, it is mild. Is it me? Should I be handling the mid-week reporting?

Of course that is only a coincidence, but it DOES make my job easier as I get to share positive news. Our Kenny Griffin has mostly had to share how mid-week weather has been in the 60s and even 70s.

It looks like some BIG SNOWS are on the way for the early part of the week and Kenny will have some SNOW NEWS to share! Things look pretty darn great out this Saturday, March 11th and I am going to great right to rambling through some notables today…

Canaan Valley and Timberline Resort have seen 5″ of snow in the last two days and as much as 14″ more could be hitting over the next four days! Even with the snow, Canaan Valley Resort has announced that Sunday will be their last day of offering skiing and snowboarding for the season. Timberline Resort is hosting their Snow Luau which typically happens towards the end of the season.

Winterplace Resort is making snow like crazy this morning and with that and the awesome BIG SNOW coming in, things will be pristine as far as conditions are concerned.

Wintergreen Resort in Virginia is making snow and have even posted this message, “Skiing and riding available DAILY 9-5 through March 19! Natural snow forecasted for Monday night, plus we’ll be making snow through next Thursday.”

Bryce Resort is hosting their Winterfest today! They are making a snow blizzard this morning. 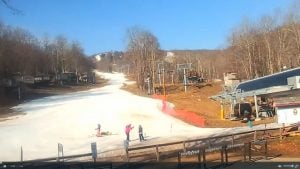 Sugar Mountain is NOT making snow. I was speaking with a huge fan of the ski area on Friday evening and we were discussing the snowstorm headed our way and he surprised me when he shared that Sugar had announced internally that they would not be making anymore snow this season. They are open for day and night sessions with 10 trails available, but locals will tell you that things were looking pretty narrow around the mid-station on Friday. So this last big snow, may be the last hurrah for Sugar this season as they look to be riding out the snow that they have for as long as it lasts and will close over the next weekend or two. That would be an earlier exit than normal.

One of our readers posted this, this morning:

Chris Pursell of Tennessee wrote, “Why is Sugar not making snow? It’s 14-19 degrees. Are they throwing in the towel for this season?”

Obviously nobody knows the answer to that question except the man himself (Gunther) and MAYBE a couple within his inner circle. However, it seems that they might be packing it in earlier than usual.

Cataloochee Ski Area IS MAKING SNOW and they are open to the top of their mountain with 7 of 18 slopes open for day and night skiing. Cat HAS to be the resort of the year in terms of how hard they have HAD to fight with water shortages and less-than-cooperative weather when they COULD make snow. Here they are powering through and making snow this morning and they have announced that they plan to remain open through March 26th! Tammy Brown posted, “With less than 12 hours of snowmaking, we are open to the top of the mountain on Upper Omigosh! For those of you who missed the Big Pass Sale, we have left sale pass pricing available on the web until the boss tells us to take it down.”

Man, you guys should take advantage of that deal and reward Cat at the same time with your business. These guys are fighters!

Appalachian Ski Mountain did not make snow which was a bit surprising to us. They DO have plenty of base on 9 of 12 trails (28-46″) and there IS snow on the way. They have previously announced the following:

“Appalachian Ski Mtn. is excited for the upcoming weekend, as snowmaking temperatures return Friday night, March 10, and natural snow is forecasted for Saturday and Sunday!

Snowmaking will be ongoing as temperatures allow to ensure the best conditions possible for our guests. We will also NOT be making snow between the hours of 9am and 10pm. This means fresh snow daily, but no skiing or snowboarding under operating snowguns!

As always with any natural snowfall, our entrance road will be scraped and salted regularly.

ASM’s scheduled closing day is Sunday, March 26. The last night of night skiing is scheduled for Saturday night, March 18. From March 19 through the 26, the slopes will be open from 9am-6pm. The Appalachian Ice Arena will skate through Sunday, March 19.

Beech Mountain Resort did not make snow. We had heard that they were planning on it, but that could be inaccurate news. They look great this morning with groomed trails (9 of 17) open for day and night sessions. BIG SNOW is headed their way!

Snowshoe Mountain – just keeps on being Snowshoe Mountain. Another 1″ of snow fell overnight and they are at 51 open trails and awesome conditions. They made tons of snow as well. Snowshoe looks like it may pick up a foot or more of natural snow early in the week. I know people who are up there and I WISH I was with them. Snow on top of perfect corduroy…that’s my thing.

This morning I received this post from a fan from over at Wolf Ridge Resort in Mars Hill, North Carolina, “Due to unfortunate lighting damage to our Quad Lift we will be unable to open Saturday, Sunday or the rest of the year. We are Closed for the season. Thank you for your support and making the Wolf the great slope we are.”

Detailing all of the bad luck that has befallen “The Wolf” since 2006 would take too much space for one column. In short, they spent tons of money to expand the resort to nearly double their current slope-size prior to the financial collapse of the markets in 2008. They had the slopes open for all of one or part of a second season. Then a massive fire took out their gorgeous lodge building and did damage to the new lift system and that shut down that part of the mountain, which took them back to 15 slopes and trails. They had problems with at least two different proposed buyers of the resort and even some trouble with some “poser buyers” (as opposed to proposed). The weather and “ma nature” has just been the pits over that way in terms of providing cooperative, consistently cold temps to make snow. The popular ski resort normally receives 65″ of snow per season, but since 2004 they have only seen TWO normal seasons of snowfall. After receiving 100″ of snow during the 2009-2010 season they’ve had subpar snows in all but one winter. This winter? 15″.

…and now LIGHTNING strikes their Quad Lift and they are forced to close for the season, just before what may be the best snowstorm of the season is approaching. On top of all of that AND MORE, it appears that the lightning might ALSO have hit the webcam that we have over there as it too…is down.

BIG SNOW IS A COMIN’

Two snow storms are hitting the Western North Carolina mountains from different directions over the next day or two or three. The first hits Saturday night with perhaps 2-3″ of snow. Some are forecasting closer to 8″. Then Monday into Tuesday another storm comes in from the north and west (making this a Nor’easter) that will bring snow to the entire ski resort region of the Southeast and mid-Atlantic.

The Western North Carolina mountains should see more significant snow from then second round of snow – as much as 3-6″ more inches…bringing the four day total to perhaps 5-9″ of snow.

The snow-prone areas of West Virginia (Snowshoe, Canaan Valley and Timberline) should see 5-8″ of snow Monday night and another 1-3″ of snow Tuesday and another 1-3″ on Wednesday. So the snow totals up that way could reach a foot to even 14″ of so.

On top of the natural snow, we could see snowmaking at some ski areas since the temps could create SOME around-the-clock chances for resorts to make snow. We are looking at some of the more consistent cold temperatures of the season and unfortunately six of our ski resorts are closed for the season and a couple more have already decided not to make any more snow in the face of the long range forecast and the date that we are at on the calendar.

Some resorts have even started featuring golf imagery on their own websites. Tis the season and as far as “winter” goes – this one has been a doozy and NOT in a good way.

Could this be the LAST Ski or Snowboarding Weekend for Some Ski Areas?

In a word – YES. We’re seeing lots of evidence, that despite the incoming snow, we will see more resort closures late on Sunday. We’ll monitor those and report as they make those announcements.

Here’s the ones we are already aware of:

That will do it for me today. Email me if ya like at: [email protected]

Previous Post
Ski Southeast Forecast for 3/10/2017
Next Post
2-3″ of SNOW fell Overnight! See where! By the way, Did Anyone See Where that Hour Went Overnight?