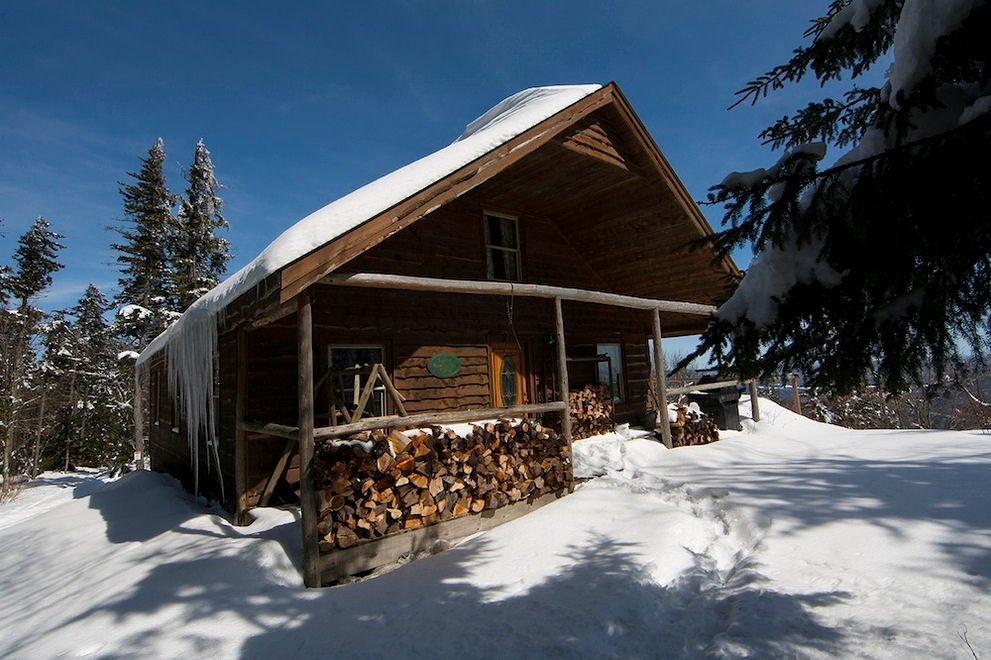 This is a can’t miss experience that you really need to book and take part in.

As I was looking into alternatives to snow play here at Snowshoe Mountain earlier in the week I was reconnected to a great friend and longtime ski industry staffer. Well, more accurately I was connected to his namesake in Mikey Valach. 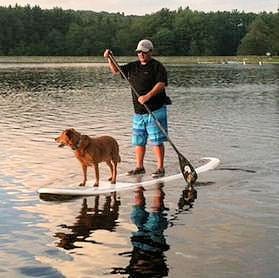 Michael on Claytor Lake these days

Over my 20 years of covering the ski areas of the Southeast and mid-Atlantic I’ve had the pleasure of communicating from time to time with Michael Valach at Snowshoe Mountain and later at Wisp Resort.  Michael had a 30 year run in the industry before finally deciding to take his outdoor adventure pursuits to Claytor Lake in Southwest Virginia.

In addition to serving at Snowshoe from 1984-2000, Michael was Director of Skier and Rider Services at Wisp Resort in Maryland; he was the Director of Outdoor Activities and Ski Area Manager at The Homestead Resort in Virginia for five years and VP of Operations at Camelback Mountain Resort during the 2014-2015 ski season.

I could go on and on about Michael…but suffice to say that Michael was an avid and valuable ski industry manager who actually helped to found and implement the Outdoor Adventure Program at Snowshoe Mountain many years ago. He was the person who helped to build and implement the Backcountry Hut and snowmobile tours, etc.

As I was looking at alternative “FUN” for our group of eight I ran into Michael Valach again. However this time it was Michael’s son – also Michael Valach – who goes by Mikey to almost everyone according to him. 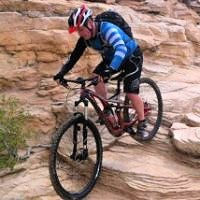 Mikey Valach is now heading up the program that his dad started many years ago as both father and son are avid mountain bike enthusiasts and lovers of all thing “outdoors”.

Mikey has been with Snowshoe since he was a young kid and he now serves as the Outdoor Adventure Manager and Retail Group Manager & Buyer for Snowshoe Mountain. As such he oversees 3 High Volume Ski/Board Rental Shops at the Resort as well as the Outdoor Adventure Department that encompasses RZR Tours, Snowmobile Tours, Segway Tours, Sporting Clays, Lake Activities, Resort Pool and Backcountry Hut Operations.

In his “spare time” (insert sarcasm) he’s also been the hardgoods buyer for Snowshoe since 2013. He’s also repped HEAD USA for a number of years. Obviously the guy wears a lot of hats for Snowshoe.

So it was really cool to run into Mikey.

When I first heard that Snowshoe was suspending snow skiing after last Sunday’s sessions, I started looking at something else to do and quickly phoned Snowshoe Reservations to see if any slots on the tours or Backcountry Hut were available. No such luck as everyone ELSE on the mountain was doing the same thing as I was.

However, the helpful peeps at The Depot recommended to “keep calling” and I did just that. Lady Luck was on my side I was able to book a couple of the RZR Tours and the Backcountry Hut after a fortuitous (for me) cancellation came through.

In case you’re not fully aware of what this tour and experience includes – it basically consists of a RZR ride through a couple of miles of mountainous terrain, narrow paths of winding road through beautiful forest lands, along the Cheat Mountain Ridge Trail to a gorgeous mountain cabin.

During the winter these trips begin at 6pm, so it is already dark, but I can tell you that the daytime view from off the back of the Backcountry Hut is nothing short of awe-inspiring.

Snowshoe guests should be aware that you can easily take a mountain shuttle from whatever part of the mountain that you’re staying on to Top of the World and the rental department. 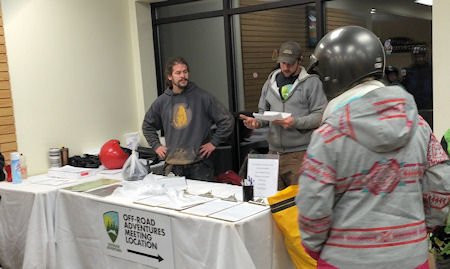 Kyle on left, Carter Chambers on right – go over the “rules of the road”

The Hut Supervisor is Carol Gibson and she, Mikey Valach and their entire backcountry team have put together an awesome experience for guests to enjoy.

On this particular night our RZR Tour and Backcountry Hut experience was presented by Carter Chambers, “Kyle” and “Matt” who not only handled the preparations and instruction on how to drive the vehicles…but they also served as guides to get you back to the cabin…and they also do the cooking, waiter-ing and obviously the cleanup, etc. 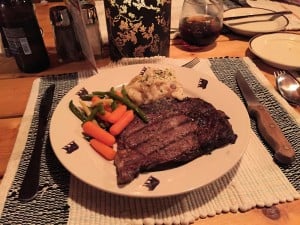 The guys cooked the entries on the grill which is on the back deck and let me tell you that each of our group loved the dinner.

Snowshoe’s dining ALL offer great entries and dinner experiences, but I have to say that I personally enjoyed the dinner that was prepared by Matt and the crew more than any other that I had all week on the grid. 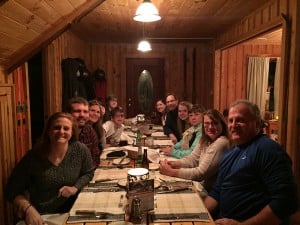 We posed for a quick photo op. Click to enlarge.

I mention “on the grid” because the Backcountry Hut is definitely located OFF THE GRID with the power provided by generator. It was a cool bit of added ambiance to see the occasional flicker of power “brown out” and to learn that water and all of the food has to be brought to the camp prior to preparation for guests.

Another bit of awesome good fortune was the fact that it began to snow and the snow showers quickly covered the decks to the delight of the guests in attendance.

In addition to my peeps from beautiful Banner Elk, North Carolina – we shared the table with the Molleen’s and Pennypacker’s from Chesapeake, Virginia and we met “The McDaniels” from Knoxville, Tennessee and the “Thompsons” from Charlotte, North Carolina who were there dining at the same time and everyone shared in their praise for Carter, Kyle, Matt and their hut team as they kept us all “hydrated” with your choice of soft drinks, tea, water and/or your choice of beer and wine in stock.

I have to give a special “shout out” to both Carter and Kyle who shared enough stories to make it obvious that they both thoroughly enjoy the heck out of what they do. 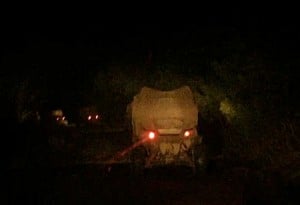 It was dark out and visibility was limited…

The RZR vehicles themselves are easy to drive and they are fun as well and to be honest I would love to take one of those bad boys out when there’s a foot or two of snow. However for this particular night, when it was foggy, snowing and visibility was limited…the 2.5 mile ride (each way) was the perfect distance.

By the way, dinner included “all you could drink” (responsibly) and an amazing apple cinnamon desert with a plop of vanilla ice cream.

I HIGHLY recommend the RZR Tours and the Backcountry Hut dining experience as a MUST DO experience when you’re at Snowshoe. They don’t operate every evening, so if you’re planning a trip to Snowshoe you should inquire at the time of your reservation about availability. They book up quickly.

We invite you to check out more information and CLICK HERE TO BOOK NOW
Thanks again to Mikey Valach, Carter Chambers, Kyle and Matt for creating one of those “making memories” moments that I am my group will remember for a long time.

You should make reservations to create your own memories.
Here is a short video prepared by Snowshoe to give you another perspective of the tour: