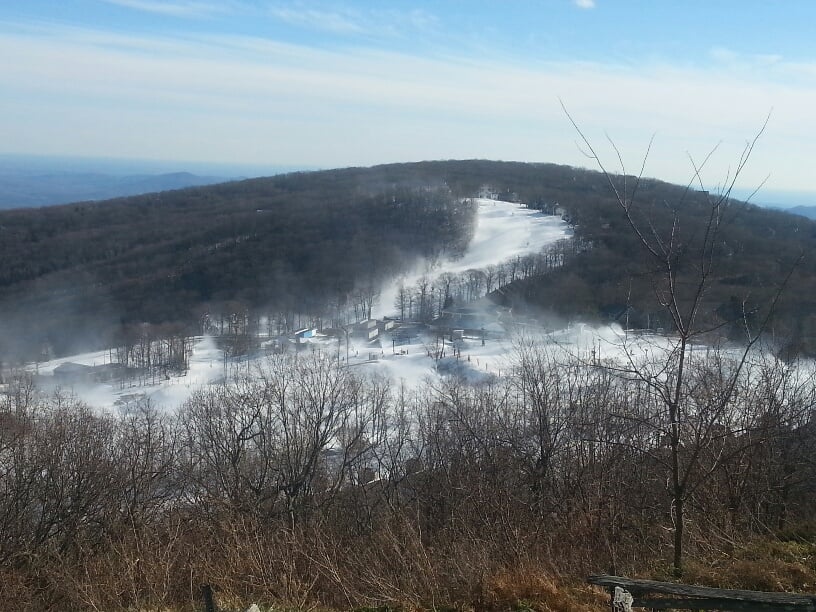 Ah, what a beautiful day.  The sun is out, it’s cold as can be, and there’s a ton of snowmaking going on right now across the region.  It’s a glorious start to Hump Day.

Snowmaking has been going on continuously since I last spoke to you guys yesterday morning.  There’s been a little bit of natural snow over the past 36 hours too, mainly just a couple inches in the NC High Country and up in northern West Virginia.  It’s been nothing like what the folks in the Buffalo area have received.  Have you guys seen those reports?!  It’s GNAR up there right now.  We’re talking 4-6 feet in some locations with more on the way!  Just unbelievably crazy amounts.  I wish we could get that here.  I’ve been in 40 inches of pow before, but that was on top of a mountain.  I can’t imagine another couple of feet and in a CITY.  Insane.

Getting back on track, just about every single resort has been working feverishly to lay down as much manmade goodness as possible.  I think the biggest whale I’ve seen on the webcams belongs to Winterplace. 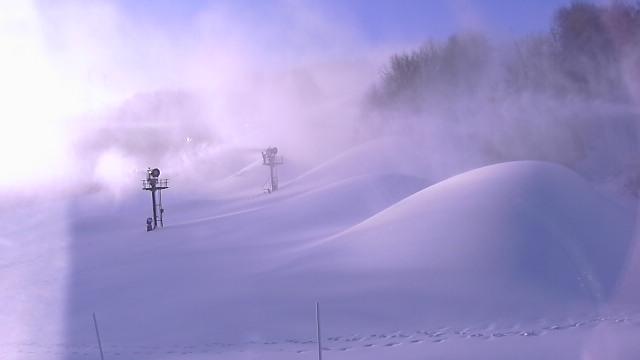 That thing looks about 12 feet tall.  I wish I had set up a timelapse on that cam to show the snow piling up.

Snowmaking is a crazy thing.  I think I take advantage of it sometimes because I’ve only been snowboarding for less than a decade.  All I’ve ever known is the technology that we have today.  I never had to deal with the crappy snowmaking of yesteryear.  All it takes nowadays is 48 hours and really good temps and BAM, you have incredible conditions.  Messageboard member jt3 posted a really good trip report from Sugar this past weekend and The Don (teledave) made a comment that I thought was interesting.

I am still amazed at how much the snow making capabilities of our resorts have improved over the last 10-15 years. It wasn’t that long ago that mid-season conditions looked like what we get now with two days of snowmaking. Gotta love technology.

Yup, I do love technology.

Wintergreen Resort posted a video that shows firsthand how good their snowmaking is.  SNOWPOWER.

Amazing.  I think that video takes place over the span of a single night, which is incredible.  Drones and snowmaking…technology at it’s finest.  I seriously can’t wait to fly Mike’s drone at Beech or App in the coming weeks.

Cat and Sugar remain the lone ski areas open in the region.  Appalachian Ski Mountain opens tomorrow at 9am.  Woo!  Make sure to get there early as the first 100 guests receive a free lifty.  More resorts open in the coming week or so.  Thanksgiving needs to hurry up and get here!