Six More Weeks of Winter Because Punxsutawney Phil Said So

What a gloomy morning it is! I am not a fan of grey skies and light drizzle when I am driving into work in the morning. Every ski area has seen a little bit of underdeveloped snow in the past 18 hours or so. I’m looking at the weather stations right now, and the totals looks to be in the quarter to three quarters of an inch range. That’s not terrible but it’s not good either.

We should be done with underdeveloped snow today for the most part. There are some scattered showers out there still but we should see things begin to clear out by the afternoon. Heck, there is even a little bit of sunshine already at Cataloochee. 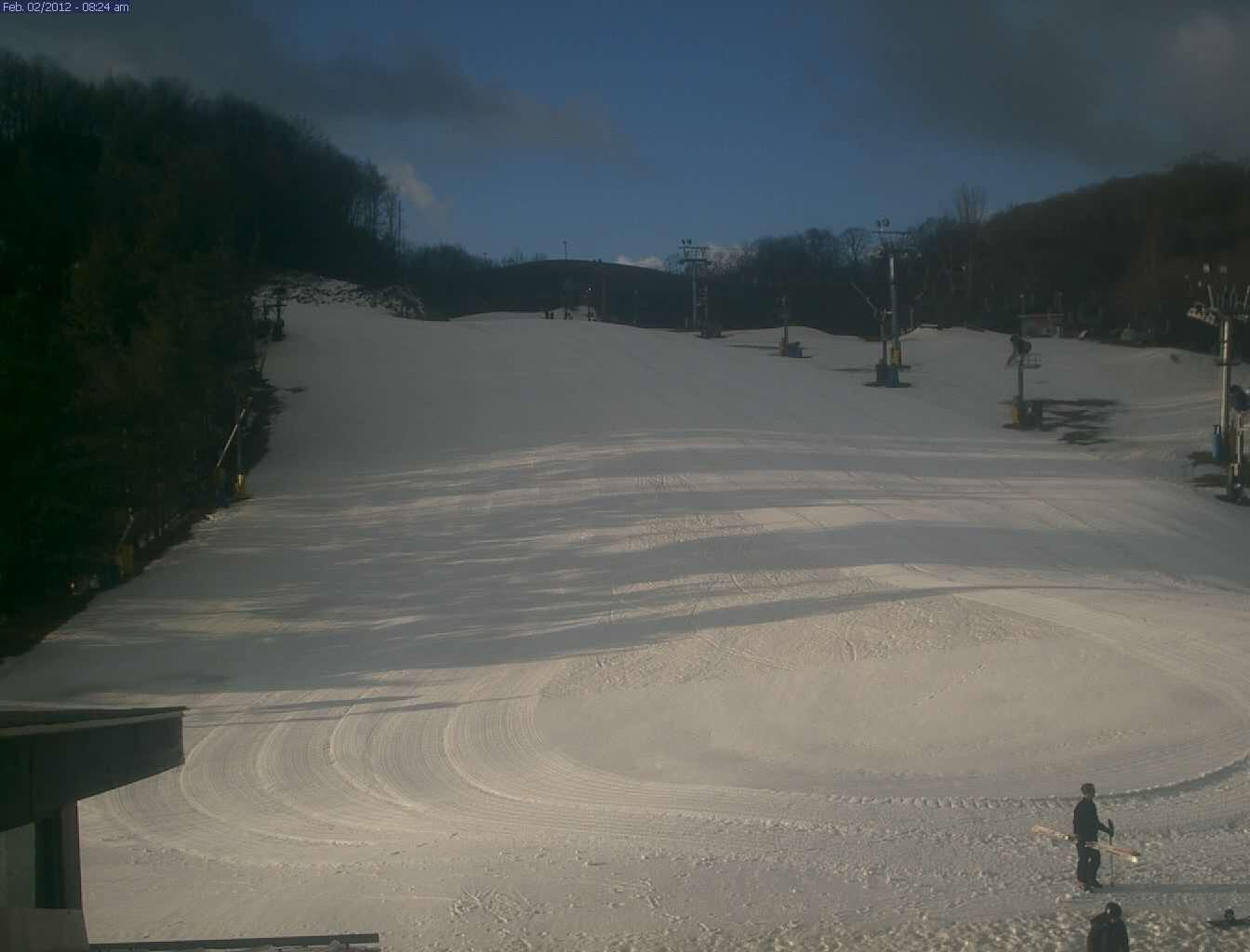 <<< Sunshine and blue skies are already starting to appear at Cat this morning.  It looks pretty good out there right now!

So, how did this round of wet weather effect the ski areas? Well, I’m looking at the cams right now and it’s pretty obvious that some places are faring better than others. We are seeing a drop in base depths this morning of about 2-6”. There are only a couple of trails in the entire region that have been closed though, so that is good. As has been the case all year, the West Virginia and Maryland resorts are in a little bit better shape than everyone else. Those few hundred miles further north and the fact that they are on the central and western side of the Appalachians (instead of the extreme eastern side like the Virginia resorts) has definitely made a big difference this season. 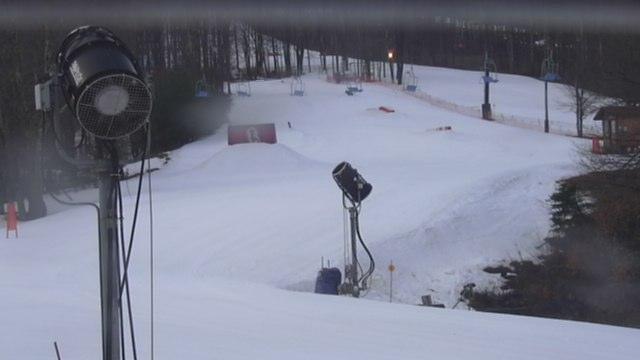 <<< Timberline is looking fine this morning on the webcam.  You can tell just how much snow they have at the bottom of the mountain by looking at the edge of the trail.

As for Virginia and North Carolina, I would say they are on similar levels in terms of open terrain, coverage, and base depths. Only Bryce is 100% open right now, but then again they have about half the trails as some of the other ski areas. That said, the still have bragging rights right now. The other resorts in those two states are generally about 75% open, which is pretty good considering the limited snowmaking and lack of snowfall we’ve seen this year.

This report wouldn’t be complete without talking about Punxsutawney Phil. It is Groundhog Day after all! The good news for all of us snow lovers is that he did see his shadow which is supposed to mean that we will see 6 more weeks of winter. I joked to Mike this morning that it actually means that winter will finally start now, because it doesn’t seem like we’ve actually had one yet.

It’s pretty crazy how big of an event the whole Groundhog Day thing in Pennsylvania is. Check out this video…http://beta.weather.com/weather/videos/news-41/top-stories-169/did-the-groundhog-see-his-shadow-25913#loc=41/169/25913…and you’ll see what I mean.

We’re not the only ones who are hoping that we see 6 more weeks of wintry weather. Snow lovers across the country are crossing their fingers as well. Take a look at the two images below. One shows snow cover across the United States on February 2nd of last year and the other shows the same from yesterday.

<<< This time last year a huge percentage of the country was covered in snow.

Yeah, so us snow lovers can take solace in the fact that we aren’t the only ones who are experiencing a mild winter. Pretty much the entire country is going through the same thing. Even the resorts out west have been hurting until recently. Basically, let’s hope that furry rodent gets it right and we see an all-time snowy and cold second half of winter! It could happen. After all, the “Storm of the Century” in 1993 didn’t happen until mid-March. I’m just saying….

On a quick note before I go, I just thought I would give a heads up to those who are planning on traveling to the Asheville/Western North Carolina area this weekend. There was a rockslide on I-40 the other day and the westbound lane is closed right near the NC/TN border. You can still use the interstate to go from Tennessee to North Carolina, but you’ll have to find a detour if you are going the opposite way. This will mainly effect people headed to Cataloochee and the Asheville area.  Thanks marzski for bringing this to my attention!  Read more about it by CLICKING HERE.

Talk to you guys tomorrow!