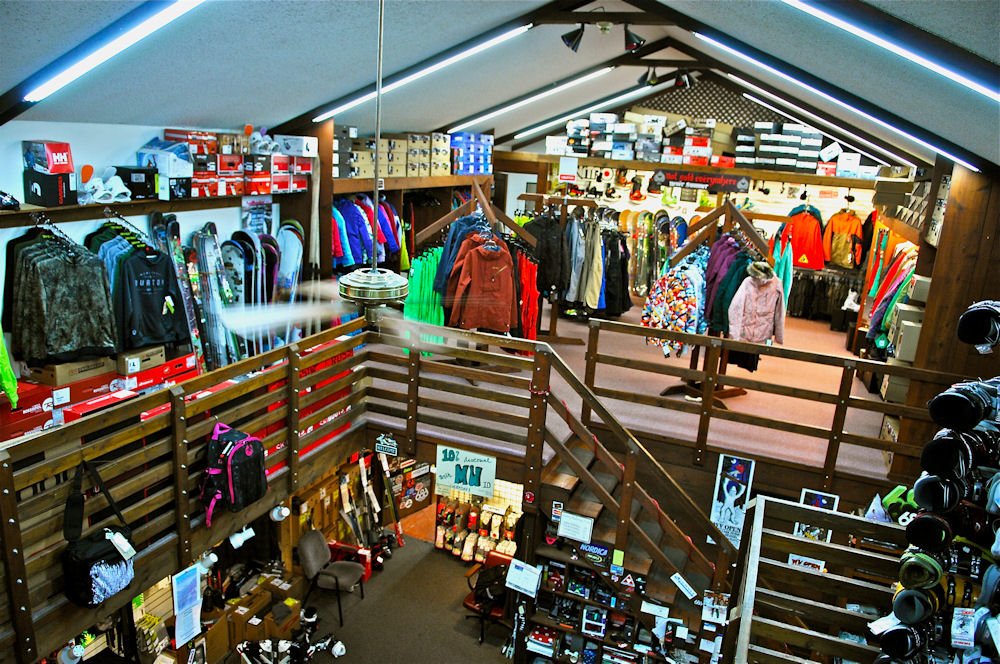 Last month there was a special day that promoted shopping locally, helping local businesses, keeping the money locally.  That really is an awesome idea and to tell you the truth, whenever possible I try to buy what I need from local businesses and I don’t consider the national box stores as local. I’m talking about the family businesses that have been in the same location for years and years.  You know the type of businesses, every neighborhood has them and again my family supports those businesses, every time we can.

Now, with all that said, I will get to my thoughts for this week’s column.  I got to thinking on a run the other day that every time we buy a lift ticket or rent skies or snowboards at any resort in the southeast region, we are shopping locally.  We are supporting jobs that depend on those lift ticket sales and rentals. I know for a fact in West Virginia that the snow sports industry translates to 5,000 jobs and a quarter of a billion (that’s a B folks) dollars in economic impact.  I suspect those numbers are similar in Virginia, North Carolina, Maryland and Tennessee.  That is a major chunk of change that makes a difference in people’s lives.

I hear skiers and snowboarders complain about the price of the sport all the time.  To be honest, the snow sports industry is not the cheapest sport to be involved in and that is always being looked at by resort operators, especially here in the southeast region. However, we sometimes forget that there is a price of doing business in the snow sports industry.  I don’t think the majority of skiers and snowboarders have any idea the electric bill that comes every month to the resorts during the ski season.  You think your eyes get big when you see your own bill during a cold month in January or February?  Well, how would you like to get a bill that has six figures on it and that is before you even get to the decimal point.  It’s not cheap running those lifts, parking lot lights, restaurant ovens and the electric heaters in the hotel rooms that the flatlanders crank up to 90 degrees, after coming off the slopes.  I could go on and on about that, but I think you are getting my drift on this subject.

Just to get the record straight, in the snow sports industry, when I speak about shopping locally for skiing and snowboarding, I am not advocating stopping at the state borders that you live in.  I truly consider skiing, snowboarding and snowtubing in any state in the southeast as shopping locally to enjoy the winter sport.  As they say, variety is the spice of life and getting to see new terrain in Maryland, if you are from Virginia or in Tennessee if you are from North Carolina is what you can call “sharing the wealth”.

While we are on the subject of Tennessee, my heart goes out to the fine folks in the Gatlinburg community.  Talk about taking a shot in the jaw.  Wow, if you haven’t seen the devastating pictures from that area, you have been sleeping under a rock.  Those knuckleheads that started that wildfire need to be prosecuted at the fullest extent of the law.  At last report, 14-people were killed by the wildfires, which also did millions upon millions of dollars in damage to homes and businesses in the city that just makes me lose my breath.  It looks like the city is rebounding and rebounding fast.  If there was ever a time to maybe trying out skiing, snowboarding or snowtubing in Tennessee, if you want to make that extra trip this season, the fine folks at Ober-Gatlinburg Ski Resort are ready with open arms to provide some fun on the slopes.  It looks like the ski resort itself was not damaged by the fires, even though there were early reports that stated otherwise.  I was extremely pleased to learn from Mike here at SkiSoutheast.com that the early word was totally inaccurate and what a great idea for the resort to post a video of everything being fine to get the correct word out there. Just think how important those jobs this season are to those local people, who might’ve lost everything.  Just hoping for plenty of cold temperatures for the folks at Ober, because those guys can flat out make some snow given the correct conditions.

Diving even deeper into the subject of this week’s column and that being shop locally, I had to take a deep breath when I heard the sponsor of my son’s middle school ski club suggest to all the parents to go to Walmart to get their ski and snowboard gear.  That – my friends – is why a number of local ski shops have gone by the way of the Dodo bird.  This is the time of year to get acquainted with your local ski and snowboard shop, if you haven’t done so already.  They know the sport and will lead you in the right direction and at the end of the day you are shopping locally.  Need I say more.

In every state, there are local shops that have been providing excellent services to snow sports lovers for years and years. These operators are there to serve you and will remember your first name the next time you visit them.  They also don’t mind if you just stop by and tell them about your latest ski trip.  It’s that type of friendly atmosphere that you just don’t get at those big retail sports.  Winter is fun for them and you won’t hear them complaining about the subfreezing temperatures.

I know I am going to leave a shop or two out, but here is a list that Mike and I came up with that have always been there for the local skier or snowboarder; in West Virginia, they are the Ski Loft, Ski Barn, Ride Snowshoe, Elk River Ski and Snowboard, in North Carolina, Alpine Ski Center, 1st Tracks, Ski Country Sports and Cataloochee Ski and Snowsports and in Virginia, there is Powder Shack Ski and Snowboard Shop.  Again, I know I am leaving a lot of the local ski shops out of this column and you know who they are, so just go out there and shop locally and feel good about it.

Previous Post
NEED A JOB? INTERESTED IN WORKING AT A SKI RESORT? TIMBERLINE RESORT IS HIRING NOW!
Next Post
The First “Real Winter” Ski Weekend in the Southeast and mid-Atlantic Has Been Nearly Perfect!