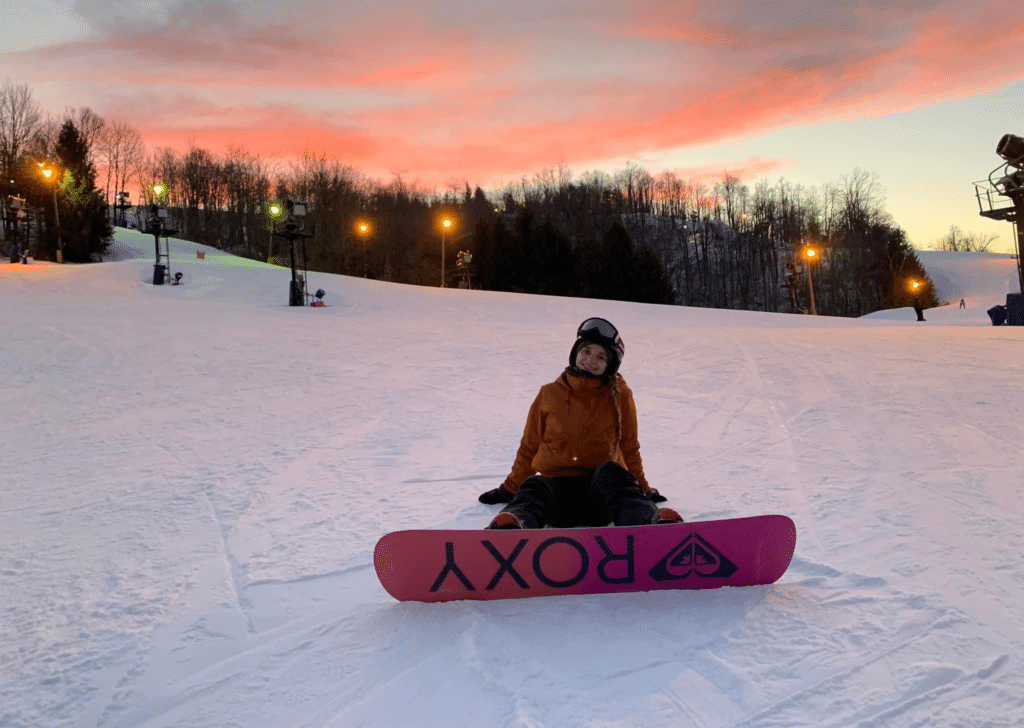 Snowguns were cranking this morning, but I watched some crews pulling some of the snowmaking equipment away and turning them off in preparation for another amazing Saturday and Weekend of Skiing & Snowboarding here in the Southeast.

It’s going to be gorgeous today. This morning sure is/was. It is going to be windy. I watched the live streams this morning as the winds were blowing the light bit of snowmaking powder off of the top of the slopes and across to destinations unknown (probably against the trees or in the edge of some slope where you might find a surprise stash of deeper, manmade powder.

15-25 mph winds are meant to be fanning the slopes of the Southeast this morning and gusts are forecasted to reach 45 mph. So bundle up. Temperatures today might reach the low to mid 20s at locations like Snowshoe West Virginia. We may see highs in the mid 30s into the Virginia and North Carolina ski mountains. Even Gatlinburg Ski Area, which is starting out in the low 20s this morning will only reach the low 40s. So with the addition of rather brisk winds…the wind chill temperatures will make things more challenging for skiers and snowboarders who are not properly dressed.

Check out this quick video capture from the webcams this morning. Be sure to hang around for the Timberline Mountain webcam up top as the high winds were buffeting the camera to the point it might make you dizzy!

Most of the region saw a dusting of natural snow on Friday and it really snowed most of the day. Snowshoe Mountain Resort was the natural snowfall winner from the last 24 hours with 2″ being reported.

How does 5.4 FEET of base snow sound to you? That is the MINIMUM base depth being reported at Appalachian Ski Mountain this morning. Try NINE POINT SIX FEET of snow for their MAXIMUM base depth!

Here are the Reported Base Depths

For the last two seasons we’ve been sharing the fact that many of our ski resorts in the Southeast and mid-Atlantic have been selling out on MANY Saturdays and Sundays. Such has been the case on numerous weekends even recently. So it is no surprise that this weekend -Saturday and Sunday – we have several ski areas already reporting that they are SOLD OUT of lift tickets, lessons and equipment. President’s Day Weekend is traditionally one of the three busiest weekends of the year – with Christmas to New Years and MLK Weekend being the other two. The slopes and mountain communities that makeup our southeastern ski areas will be wall-to-wall packed and many will be already, totally SOLD OUT.

It has gotten so bad that we are hearing reports coming out of Massanutten Resort of illegitimate tickets being sold for some of their amenities such as the ski slopes, snow tubing and for use of their popular waterpark. Good grief. I guess this is yet another byproduct of so many people not working in the U.S. and finding other, more nefarious ways to cheat people and make money. Massanutten has already reported that – Tickets that were not purchased directly from Massanutten Resort (either in-person or through massresort.com) may not be honored or refunded and may require a valid ID.

Bryce may not update their snow report or website often, but they do a nice job with the social media postings and they tagged SkiSoutheast in on this one.

Ending on a sour note…

We’ve heard from many people who were attending Wolf Ridge with church groups and they were asking about making accommodations for them to have access to more slopes.  Unfortunately if you can’t get people up the hill, that won’t be happening. Social media was lit up over the last few days from people wondering if Wolf could be purchased and improved.

Wolf has been for sale really since 2008 and nothing has materialized.