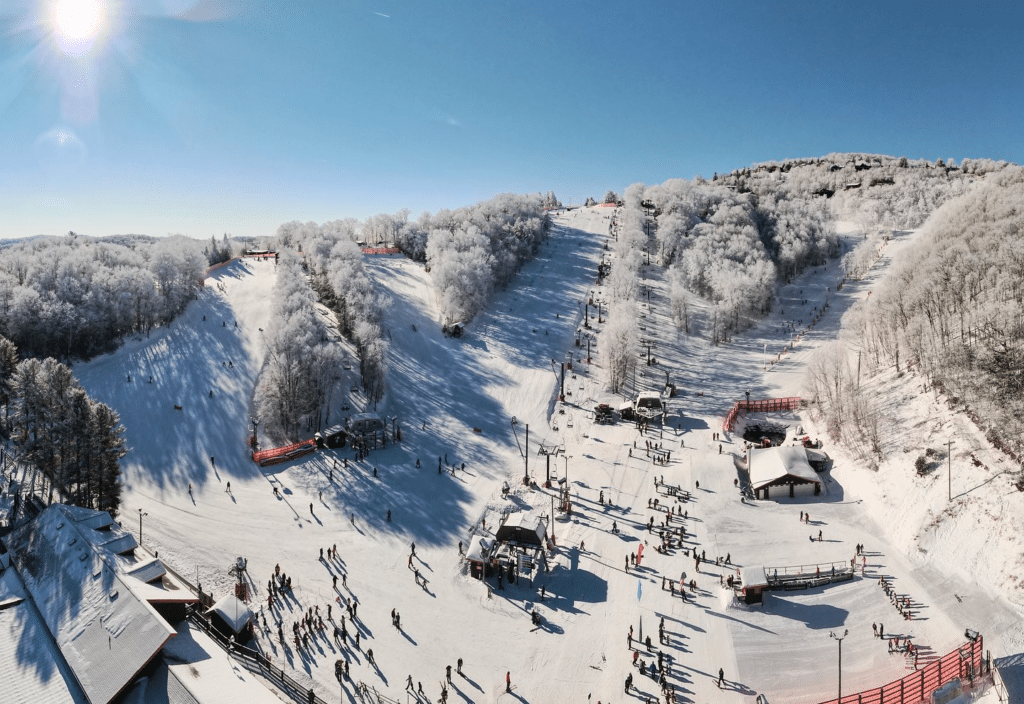 I may be accused of a little click-bait with the title of today’s FirsTrax post, but seemingly most of the news coming out of the Beijing Winter Olympics is negative.  Chaos seems to be the theme of this year’s games as there is rampant propaganda; the athletes themselves are in tears over poor living conditions, lack of food, dining options and more.

The television ratings are at a historic low and many seem to be surprised. That isn’t at all surprising to me. Many Americans had kind of written these games off before they even began due to strained relations between the United States and China due to economic and human rights issues. So far viewership is down to around 46% of the viewers who tuned in to the Winter Olympics four years ago and THOSE were low.

Another issue that I think is at play is the lack of anything resembling a winter in China. Most everything except for the manmade, snowy slopes is green, brown or worse. I’m not sure what anyone expected when Beijing only gets 1.3″  of natural snow each February.

Conditions Will Be SWEET for This Weekend!

Here are the resorts that are 100% OPEN:

Most all of the other resorts are really only one or two trails away from being 100% open themselves.

We have had a nice, consistent weather pattern since Jan 3rd, and we are seeing chances for snow for President’s Day Weekend. After that? SOME indications that things might mild up for a stretch. It’s early…but come on up NOW and next weekend to take advantage of the super sweet conditions.

Watch Brad’s Latest Skier’s Forecast for this next week and a teaser at next weekend and beyond.

Let’s Get to Some Notables and Shares

Winterplace Resort – Did YOU guys know this? If you arrive to the area the Saturday nights, from 6PM to 9PM you can get your lift tickets and rentals for Sunday! Skip the line and head right to the slopes!

Online Tickets for Saturday day and night session are SOLD OUT. Walk up rental sales will not be available for those without an online purchase.

We have reached online capacity for Saturday, Feb 12 and Saturday Feb 19. We recommend purchasing your slope use and rentals in advance online to reserve your spot. Once online capacity limits are met on busy days (holidays & weekends), we will have limited availability for walk up ticket purchases and ski & snowboard rental may not be available for purchase.

While on Massanutten, they posted some Exciting news with a new update for next season’s trail expansion!
Work has begun on Mueller’s Mile this week.

There’s lots to love this Valentine’s weekend. In addition to skiing, snowboarding, tubing and mini snowmobiles, guests can enjoy dance classes, a talk & taste with Luca Paschina of Barboursville Vineyards and artisan craft classes. The Spa is offering a Passion Fruit Facial for the month of February and a 10% discount on the Romance Ritual couple’s service. Plus, we have three decadent chocolate pairing events: champagne & chocolate, bourbon & chocolate and Baileys & chocolate.

The Soaring Eagle lift is back in business after receiving a new final drive assembly. Shoutout to our operations team and our friends at Doppelmayr for all the hard work to get it back up and running. Slaymaker/Spur will be delayed until late morning for ski team practice.

Our first-ever “Uphill Thang” is taking place at Silver Creek from 10-2 today! Stop by and demo some alpine touring or splitboard gear and see what all the hype is about.

It’s been a warm one making for soft spring-like conditions. Snow is in the forecast though for Sunday. We expect to see anywhere from 2-4 inches starting Sunday morning. We remain 100% open and now have features in Thunder Jug. Jerry Wimmer will be in Carter’s Saturday from 2-5PM for aprés in the base area. We have collegiate races tonight and tomorrow night on Bootlegger but the run will be open during the day.

Beech Mountain Resort has Upper and Lower Robbins Run closed today. Not sure why, unless they are hosting races on that run today. I saw where long-time reader and local skier, Tommy Miller posted that, “Conditions are fantasic at Beech right now.” One look at the quality of the snow this morning via the live stream – had me wanting to go!

Cataloochee Ski Area
Posted THIS sweet shot promoting night skiing. This was taken after the last snow storm. Cat is looking gorgeous today with 17 of 18 trails open. Only “Wild Cat Glade” is preventing them from being 100% open.

400 runs down the mountain this year.

I heard from my buddy, Ron Kent, who lives at Sugar Mountain Resort these days. He’s been after me about getting out on the hill with him. My schedule has been a bit prohibitive since mid January, however he just had to rub it in when he texted me on Friday, “I’m shooting for 400 runs down the mountain this season – even though I was in Florida for a month!”

That was just mean.

A snowboarding 4-year-old named Aubrin has delighted the internet with her “self-talk,” which was captured by her father (Robert) in a now-viral video.

The clip, which was posted to TikTok last week by Aubrin’s dad Robert (@chasing.sage), has amassed more than 6 million views and over 1 million likes. It’s also received thousands of comments from viewers who shared that they learned a few life lessons from the fearless 4-year-old.

Before hitting the slopes, Robert placed a microphone inside Aubrin’s dinosaur snowsuit so that he could capture her thoughts.

Personally, I think the video was staged and there’s a possibility that the video was even dubbed – but who cares…it was cute as hell and worth a share here. Enjoy!