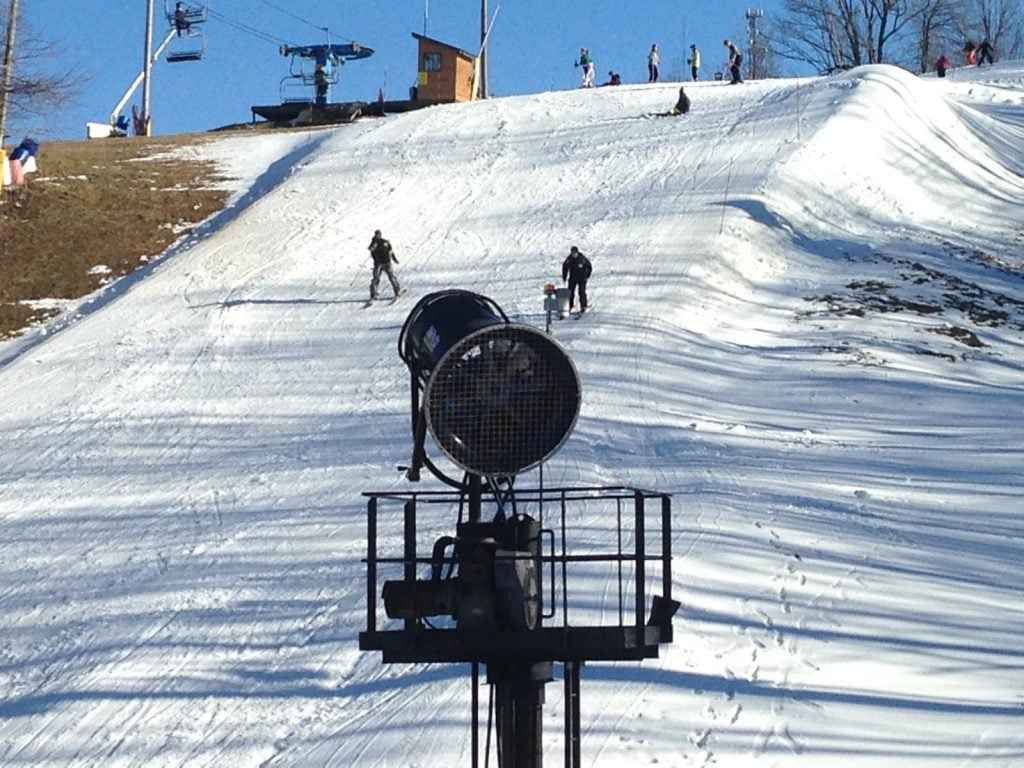 When I was growing up I always looked forward to the opportunity to ride on a roller-coaster at our family’s favorite amusement park.  In fact, as memory serves me, my first roller-coaster ride was one built with wooden braces.  Yes, there’s some experience in these typing fingers. As a matter of fact, this is the twentieth year surfing the slopes on a snowboard, but that’s another story for another time.

My reference to roller-coasters this week is because I have heard the term at least ten times in the last week, while speaking with various industry officials. That’s because that is how this ski season, which began in November, is being described by those who make things happen at southeast resorts.

Let’s rewind the season a bit which pretty much got underway on schedule around the Thanksgiving holiday period.  That climb up to the first fall on the ride was a little rough as the car (snowmaking) started and stopped a few times, but the end result was it got to the top (just in-time cold temperatures) and away we (ski season) went, gaining speed early on, only to experience another climb (prior to the all-important holiday season).

While snowmakers sat in their amusement ride’s car (maintenance building) watching the thermometer on the wall hover near or above the freezing temperature mark, the ride up again stalled a few times.  But the car managed to finally get to the top of the climb and due to again, just in-time sub-freezing temperatures, allowing snowmaking to resume just in front of the holiday period, the ride’s car headed down hill again, with enough terrain to be open for all of the holiday visitors to experience a white Christmas and enjoy the holiday period in the mountains of Tennessee, North Carolina, Virginia, West Virginia and Maryland.

Please take note to an earlier comment in this week’s column, I am old, I have been in this industry in one form or another since 1985.  With that thought in mind, I have always been a fan of the band Grateful Dead.  One of the band’s all-time albums was entitled What A Long Strange Trip It’s Been, and that is another way we could describe this season.  A trip that will continue through most of March for several resorts, but for some, unfortunately, unless another cold snap comes, may be forced to discontinue on-slope operations prior to their plan.

The ride on the season’s roller coaster continued into January and again just when we started uphill again and the car started slowing (dreaded mild temperatures), the temperatures dropped, snowmaking began again, Mother Nature tossed in some natural snow and down the car went again with everyone’s arms waving in the air in happiness.  During the kickoff of the Learn to Ski and Snowboard month in January, the conditions got better just in-time for a world record to be set for the largest ski and snowboard lesson to be attained the first Friday of the month.  Cold temperatures followed and the car gained speed with snowmaking everywhere, 24-hours a day throughout the region. There were even a couple of days when schools in the regions were closed because there was enough snow in the large metro areas, to make everyone think winter had really arrived. There is nothing better for any resort marketing team than to have snow on the ground where they reach out to attract visitors. Always remember, if you can see it, then you are going to think about it and maybe how you can have some fun in it.

Then the decent ended and the dreaded, and yearly, January Thaw arrived in earnest.  Let me just say this climb continued for a period that really took a chunk out of the season’s overall enthusiasm.  To be honest with you, in those major marketing metro areas, the thaw never really ended, as flowers continue to pop out of the ground and buds on trees have begun to bloom.  Hey, I was at the state capitol complex in Charleston, West Virginia last week and the magnolias were not only budding, but blooming.  It’s tough to think that just an hour away from the complex to the south, every trail at Winterplace Ski Resort was open, with plenty of base to make every skier, snowboarder and snowtuber very, very happy.

Luckily, the thaw did end and the temperatures again dropped so that snowmaking, the all-important art of snow farming, could commence again, and the ride downhill, once again would be enjoyable.  Let me be clear if there is been any question, when there has been any hint of even a couple of snowmaking hours were available this season, resorts have taken advantage of the opportunity and that my friends is why we are still skiing, snowboarding and snowtubing at this point. 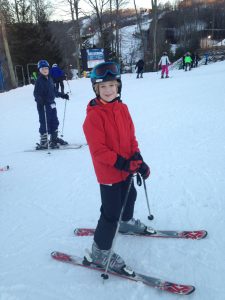 You have learned through earlier columns this season that I have assisted with weekly Friday night trips for the Hurricane Middle School Ski Club to Winterplace Ski Resort in Ghent, West Virginia.  The young sixth, seventh and eighth graders have gotten a strong dose of the roller-coaster ride, experiencing different slope conditions for all five of their visits. Those conditions range from very, very soft conditions with temperatures in the mid-40’s to very, very firm conditions with temperatures in the low 20’s and snowmaking occurring on every slope and trail.

The coolest thing about watching the young people’s roller-coaster ride this season, was never once did I see a frown on any face as it pertains to the various conditions they experienced.  They were informed of what to expect when they got on the slopes and away they went to have some fun.  That got me to thinking about the season’s roller-coaster ride, there have been lots of ups and downs, but, as the kids have taught me this season, just strap in the car and enjoy the ride.

Previous Post
Spring is Here Again…But the Ski Resorts Look Darn Nice. Check Out the Slopes that are Open!
Next Post
You Guys Can Believe Me or Not, But There’s PLENTY OF SNOW to ski and ride on…for now.