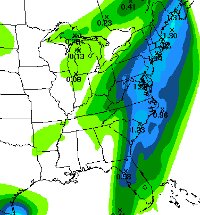 The rain has set in pretty well for just about all of our member resorts.  The rain and clouds should clear up early this afternoon however, and the sun will hopefully poke through mid-late afternoon at a majority of the slopes.  Wisp and Snowshoe are the exceptions here and the rain they are seeing this morning should turn to snow.

If it doesn’t rain on a golf course, than it doesn’t rain on a ski slope.  For this, I propose moving to a “snow scale” for describing the precipitation landing on the mountains.  Under this newly proposed snow scale, I would report on “underdeveloped snow” or “snow not living up to its full potential” at the resorts this morning.  There, doesn’t that sound way better than rain?

I wish I could report on better conditions this morning, but I just can’t… 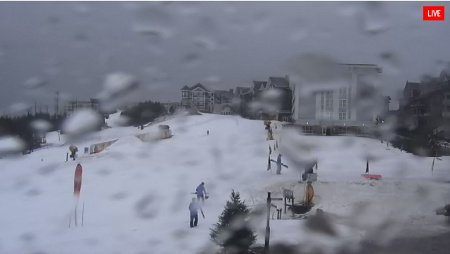 The current, short-term, situation of “not fully realized snow” (it’s a work in progress) aside, the resorts have had a really good run here lately and I have more openings to share with you today.  Canaan Valley opened up an additional 3 runs yesterday after I submitted my report to you, Timberline opened up a whopping 6 runs including the blue Upper Dew Drop, and Winterplace opened another as well.  Snowshoe grew their opened terrain to 170 acres with the opening of the black diamond, Sawmill.

On the other side of the coin, more than a couple resorts lost a little yesterday and last night.  Appalachian and Beech are down 2” on their bases, Wolf lost 5” on their lower range, and Wintergreen lost 4”.  Wintergreen is still wound tight however, and expects to open the Terrain Park, Lower Diamond, the double diamond Lower Cliffhanger, and Devil’s Elbow this week.  I believe this will be the most opened advanced terrain in the area – in terms of the number of runs.  Snowshoe might beat them on the acres measure.

Speaking of Wintergreen, here’s a pretty interesting article on the snowmaking improvements the new management has invested in at the mountain.  The systems running the slopes now are pretty amazing.  The folks at Wintergreen are able to control their guns using an iPad from the comfort of their homes. 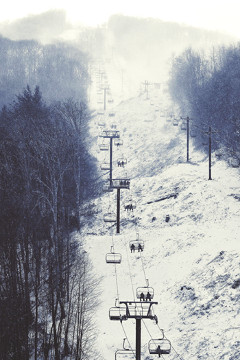 That just about does it for me today.  Wish I had better news for you this morning, but the “pre-actualized snow” coming down this morning should stop around mid-day with hopes of the real stuff falling in the higher elevations in much of the area starting tonight.

Not too many pictures today, huh.  It's depressing looking at foggy and rainy (I'm sorry, "prepubescent snow") cameras, so I will save you from that today – instead, here's Cataloochee yesterday –>.