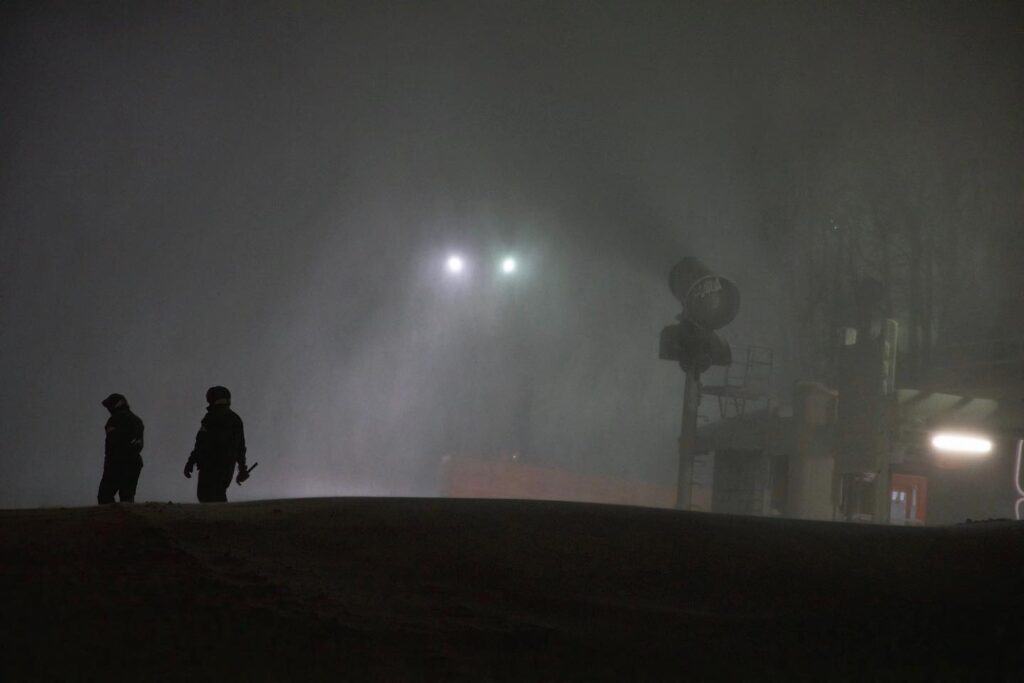 After a less than stellar end to November, the final month of the 2019 calendar year is starting off on a much higher note.  The heavy rains of a few days ago are a distant memory now as our first somewhat significant snow storm of the season is impacting the ski areas in the North Carolina High Country and West Virginia.  Anywhere from a couple inches to maybe, just maybe double digits are possible for those lucky resorts.  It’s going to be a fun start to the work week! 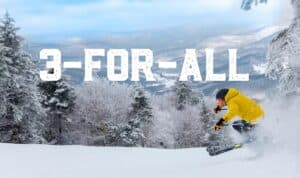 It’s Cyber Monday and among the specials running today is the return of the 3-For-All Pass to Snowshoe Mountain.  The resort has been given the go ahead to release a final batch of these very popular passes.

For just $189 you get any 3 days all season long with no blackouts. This frequency card gives you flexibility because your days do not have to be consecutive. This is lift access done right. Great as a gift for someone else or for yourself! Enjoy the best of winter on your terms. Get yours fast because supplies are limited, and these will not last long. After purchase, pick up on the mountain at The Depot in the Village.

Terms & Conditions: Valid 2019.2020 winter season. Non-refundable. No equivalent cash value. Not replaceable if lost or stolen. Unused days are not transferable and are voided at the end of the 2019.2020 winter ski season. Access Days can only be used by one person. Snowshoe may revoke for misconduct. Please read the Release of Liability and Assumption of Risk on the pass card before use. Only while supplies last.

We’ve had a little bit of snow here and there thus far this season but I think everyone is in agreement that today’s event is the first “big” one.   The excitement is is much higher then if this was in January or February.   The first real snowfall of the winter is always the best.  I know personally I’ve been geeking out over the past two days looking at weather models as the snowfall predictions were definitely raised compared to what they were this past Friday.   Driving into Boone this morning I had a smile on my face as I saw snow for the first time in almost 9 months.

Let’s first get to conditions this morning before we get to the forecast.  The snow began overnight in North Carolina and in general, if you look at the snow report, you’ll see that the ski areas down in the southern part of the region are reporting minimal amounts of snow thus far.  Of note, it’s good to see Ober Gatlinburg over in Tennessee reporting an inch this morning.   Hopefully they can get the snow guns on the ski slopes fired up soon and get some trails open in addition to their tubing lanes.

While the natural snow is still to come, the manmade stuff has been flying all night and the difference in conditions already at places like Cataloochee, Beech, App Ski Mountain, and Sugar is easily noticeable.  Beech actually had to suspend operations yesterday due to a lack of snow but you wouldn’t know it this morning as it’s a whiteout blizzard out there.  Check out the 24-ish hour difference.

All four of the previously mentioned NC ski areas are open for skiing and snowboarding today if you’re brave enough to get out there in that wind!

Head a little north into West Virginia and Maryland and it’s much of the same.  Snowshoe is reporting 2″ of fresh snow this morning and are open on 14 slopes.  Canaan, Winterplace, and Wisp Resort are all reporting a half inch to an inch of new snow this morning.  Neither are open for skiing or snowboarding yet but I’d imagine that will change soon thanks to the incoming snow and temperatures.  The fat flakes that are falling at Winterplace sure look good on that new 1080p cam.

As is the case a lot of times the Virginia ski areas are stuck in the snow shadow.  Bryce, Massanutten, Wintergreen, and The Omni Homestead might see a little bit of natural snow, but Northwest Flow events like this generally don’t favor them.  Temperatures due look conducive for snowmaking over the next few nights though at each area and we should see Massanutten and Bryce open back up this weekend.  I’d imagine Wintergreen and The Omni won’t be far behind.

Brad Panovich posted his latest video forecast last night and it’s probably best to start with what he has to say.  Here it is.

That video is full of phrases that snow lovers want to hear.  Moisture!  Northwest flow!  Upper level support!  Great Lakes enhancement!  All excellent.  As he noted, totals are going to vary drastically depending on where you are.  That’s always the case with NW flow events.  Beech and Sugar are generally the favored ski areas in North Carolina and that appears to be the case this time.  The general consensus for the North Carolina ski areas seems to be 2-8″ by tomorrow morning.  It would not surprise me to see Beech and/or Sugar hit the over though.  It also wouldn’t surprise me to see it come in on the low side either.  NW flow can be finnicky.

As for the West Virginia ski areas, they look to see similar amounts but just a little more.  Double digit totals are a possibility up that way if enough moisture gets wrung out of the atmosphere.  Just like Beech and Sugar, it wouldn’t surprise me to see Snowshoe hit the over by tomorrow morning.  That place thrives in Northwest Flow events and seems to always overachieve.

Besides the snow, the wind and the cold is another big part of the forecast.  Today is going to be flat out gnarly with winds in the 30’s and approaching 40mph.  Wind chills will be in the teens and single digits at many of the ski areas so bundle up!  On the positive side, the wind will create some nice windblown stashes of snow.  So be on the hunt for those!

It’s going to be a fun day watching the snow fly and hopefully this is the kickstart we need to get the season going.  We’ve got 5 ski areas open and this system plus the forecast for the rest of the week looks positive.   More about that as the week wears on.

Make sure to follow us on social media as Mike and I will be getting some photos and videos today and tomorrow of the snow.  It will make for some good entertainment while you’re stuck at work and hopefully get you pumped for a weekend trip soon!