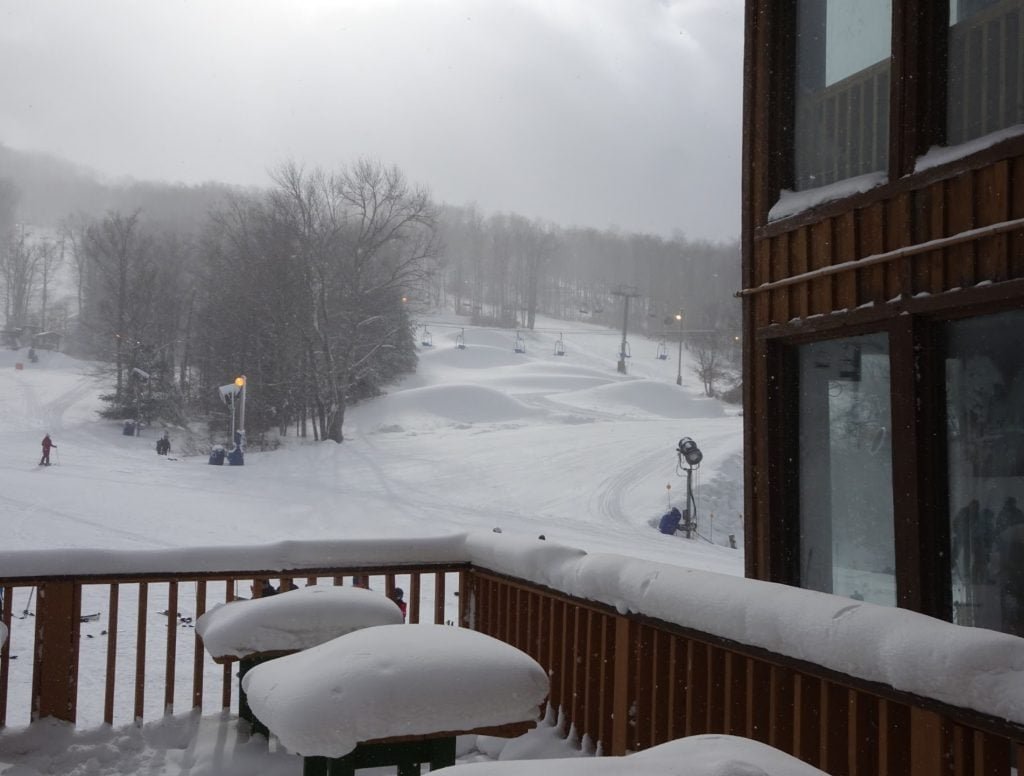 Last week when the news broke that the owners of Perfect North Slopes had purchased Timberline Four Season Resort in West Virginia, a sigh of relief could be heard through out the mountain state.  Everyone associated with skiing in West Virginia knew that the Tucker County facility was being auctioned in bankruptcy court on Wednesday, November 20 and many were worried some of the finest skiing and snowboarding terrain would be lost forever.

Then by the end of the day on that Wednesday, there were reports on social media outlets, TV stations, radio networks and newspapers announcing the purchase by the Perfect North owners.  The price tag for Timberline was $2.2 million, but according to Jonathon Davis, Assistant General Manager at Perfect North it wasn’t a spur of the moment decision, “Our ownership has had eye on Timberline as a gem in West Virginia for quite some time.  Timberline’s name came up over and over again due to its terrain, its snow and the locals.  When we learned of the bankruptcy we did a lot of soul searching and decided we could take our family owned and operated resort and translate that into operating another resort with higher vertical than ours.” Perfect North’s vertical is listed at 400 feet, while Timberline’s vertical tops out at 1000 feet.

It was last February that Timberline shut down the slopes that have seen hundreds of thousands of skiers and snowboarders since opening in the late 80’s.  For Davis and the rest of the Perfect North team, it was a chance that couldn’t be passed up, “We knew it was probably a long shot, but when things worked out, it was like a dream come true for everyone.  We felt there would be others looking at the property also, but a little family owned ski operation in Indiana came out on top and we are ready to get started.”  The resort will not be open for this season, but the ropes are expected to drop for the 2020-2021 season.

First things first though for the folks at Perfect North, as the official closing will be happening in December.  In the meantime, according to Davis, the ball is starting to roll, “We want to get boots on the ground at Timberline as soon as possible, just to get the lay of the land, we need to get a full understanding of the snowmaking system, the lifts, the lodge and all of the things, prioritize those and go from there.” Pending a successful closing, residents in the Canaan Valley region will probably start seeing some operational action at the resort in the very near future.  A situation that every fan of skiing and snowboarding in West Virginia can’t wait to happen.