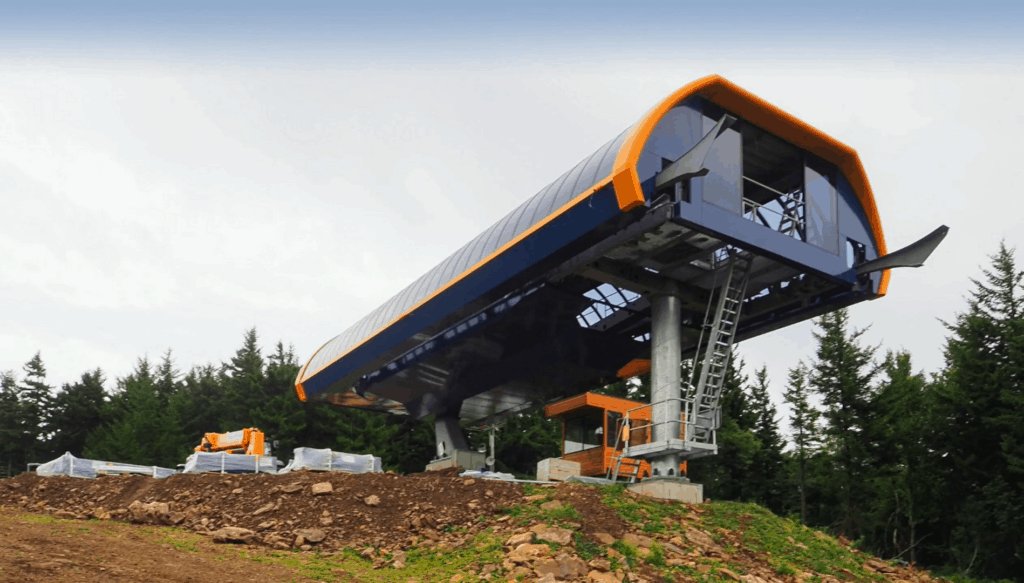 (Davis, WV) – During late fall of 2019, it was announced that the owners of Perfect North Slopes in Indiana had acquired Timberline Ski Resort in Tucker County. That announcement was followed with an announcement by the new owners of over 11-million dollars in improvements to the ski resort, which did not operate during the 2019-2020 season.

Well folks, it looks like when the slopes open for the 2020-2021 season, skiers and snowboarders in the region are going to see how all those dollars were spent.

Despite, like all of us, having to deal with the COVID-19 Coronavirus Pandemic, Timberline Mountain employees (the resort’s new official name) have been busy getting the resort ready for everyone to check out later this fall.
Heading up the renovation of the Tucker County resort, that originally opened in the early 80’s, has been Tom Price, Director of Operations, who needless to say has had his hands full, “On a scale of one to ten, our pace has been around 100. Things have been going really well, we have been on schedule the whole time, but as you can imagine, it has been a big project to get our hands wrapped around and to try and stay ahead of, without a doubt.”

Heading up the renovations at Timberline Mountain are three-new lifts, a six-passenger high speed chairlift, which is the first of its kind in West Virginia that goes to the top of the mountain, a four-passenger mid-mountain chairlift that will service beginner and intermediate terrain along with easy access to a race course, terrain park and most trail-side lodging and the third people mover will be a conveyor-carpet lift, located in an upgraded learning area.

To say the pandemic has caused challenges across the board would be one of the biggest understatements ever, but for Price’s crew, they haven’t actually had any disruptions, “You know the pandemic has been terrible for the country, but we have had some advantages because of it, in that it moved us up the list on a few of our projects. Since we have been here, we have been in our own bubble and working every day and it has not affected us very much at all. We have stayed on schedule throughout the project. We just took the opportunity to confine ourselves and work within our team, kept our heads down and without any distractions, we have made it work.”

For those of you that may not already know, Timberline Mountain is nestled in Canaan Valley and features 1000 feet of vertical drop and has a variety of terrain for skiers and snowboarders of all abilities.

The ski community in Canaan Valley is very close knit and when the sale was announced last year, the action put a smile on a lot of the locals faces, as they missed being able to play on some of the best terrain right in their back yard. Price told me that he and his team have been greeted with open arms, “The reception we have received from the community couldn’t have been better. Everyone has been super excited to see what we have been doing. I really believe they are very happy we are here and have been extremely supportive. We have met a ton of the people that own homes around the ski area and they have all be neighborly and wonderful. We have also heard from people who have visited or worked here in the past and reached out to show their support. It has meant a lot for us moving forward.”

With it now being fall, that only means the ski season is right around the corner and for one, I am looking forward to meeting the new kid on the block.