March Powder is Good for the Soul 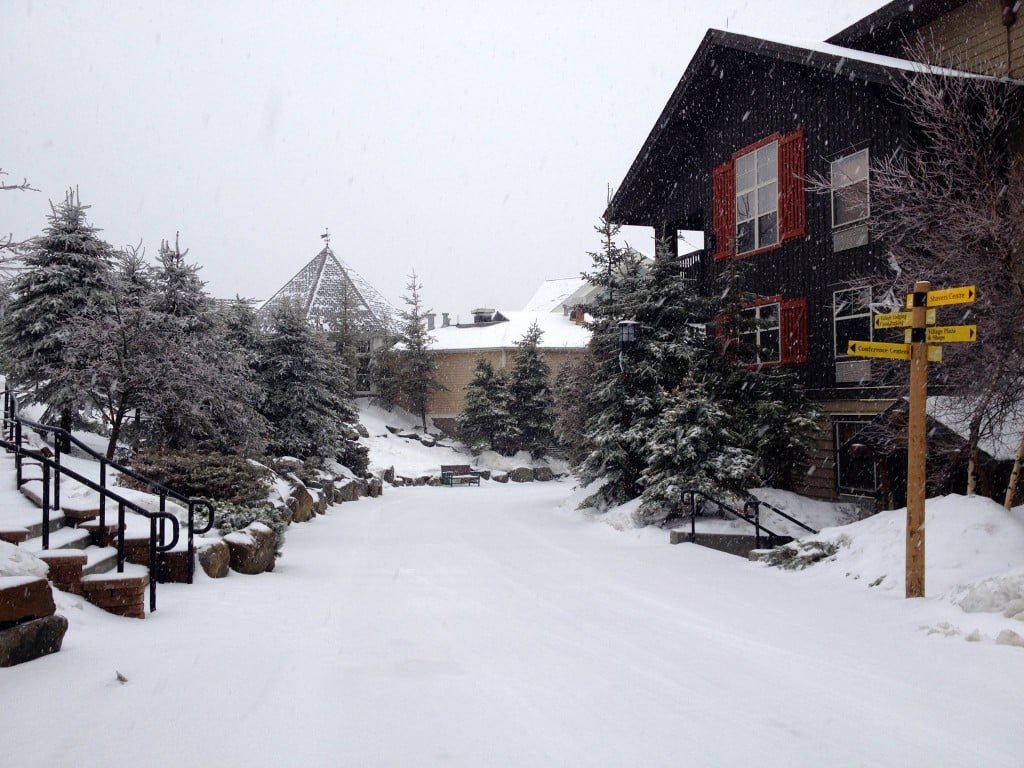 What a crazy 24 hours.  Yesterday was straight up a spring preview for many areas in the Southeast.  The Boone, NC area saw temps in the 70’s!  Fast forward to this morning and it is DUMPING up in West Virginia.  A decent snow is also in the forecast for the Virginia resorts while a wintry mix changing to snow is expected for North Carolina.  Lots to talk about!

First, let’s start with some high temperatures from yesterday.  It was crazy warm.

Obviously, the North Carolina resorts and Ober in Tennessee were wayyyyy warmer than everyone else.  A lot of shorts and sandals could be seen in the Boone area based on all the social media posts I was seeing.

Yesterday is a distant memory though as winter is returning today.  The cold front is starting to make it’s way through the region as I type this.  It’s currently 31 degrees at Ober and pretty much due east of there it’s in the lower 40’s at Wolf Ridge, which is also higher in elevation.  It’s already pushing through West Virginia and Maryland as heavy snow has already started falling up that way.  Check out this screen grab from the Snowshoe Basin cam.

DUMPING. Today should be fantastic up there as the snow is forecasted to continue throughout the day. Snowshoe is already reporting two inches this morning. Canaan and Timberline are both already at 4.7 inches, and Wisp Resort in Maryland is reporting 6 inches! With that snow this morning, Wisp is now up and over the 100 inch mark for snow this year.

The forecast for those guys is generally in the 4-8″ range today, although they’re already reporting numbers close to or in that range so it wouldn’t shock me to see some of them get to double digits with this storm.  POWDER!  Winterplace is a little on the lower side with this system, with only 2-4 inches expected.

The snow hasn’t started just yet in Virginia, but it’s going to happen.  The NWS forecast for Bryce, Massanutten, Wintergreen, and The Homestead is generally calling for 4-8 inches.  It’s been a very good three or four weeks for them.  I was worried about a month ago for them as it had barely snowed up that way, but over the last month they’ve seen several good storms now.  It’s been better up there than here in North Carolina I’d say.

West Virginia, Vriginia, and Maryland are going to be in prime form tomorrow.  All of this snow falls quickly today and the whole storm system moves out rather swiftly.  Tomorrow is going to be BLUEBIRD.  A bluebird March powder day…oh yeah!  Heck, if you can I’d suggest getting out for a night session up there.  It might even be better than tomorrow in terms of fresh powder.

Down here in the southern portion of the region, it doesn’t look like the NC resorts or Ober will get too much snow unfortunately.  It’s going to be a little too warm down here.  A wintry mix will turn over to snow at the tail end of the event, but the majority of precip that falls will be freezing rain and sleet.  BUMMER.  Regardless, an inch or two tomorrow will make for a fun day on the slopes.

Here’s the NWS forecast map for snowfall over the next 24 hours.

What a weird week it’s been.  Up and down and up and down.  Such is March in the Southeast I suppose, but this week in particular has been ridiculous.  The roller coaster weather is going to calm down beginning tomorrow though.  Once this system gets out of here we’re going to see a stretch of calm weather that’s going to last into next week.  The weekend simply looks fantastic.  I’m headed up to Banner Elk tomorrow to replace the Smoketree Lodge cam and I can’t wait to go riding tomorrow night and Saturday at App Ski Mountain.

We’re getting into the homestretch of the season now.  It feels weird to say that when it’s dumping in portions of the region today.  If you look at the calendar though, today is March 5th.  We have exactly one month left in the season as Appalachian Ski Mountain and Snowshoe will close up shop for the season on April 5th.  Many others will do so before then, as the middle of March is usually when we see that happen.  I know Sapphire Valley is done after this weekend and some abbreviated schedules start next week for others.  Basically, just get out and take advantage of this weekend’s conditions!  There’s not many more left.