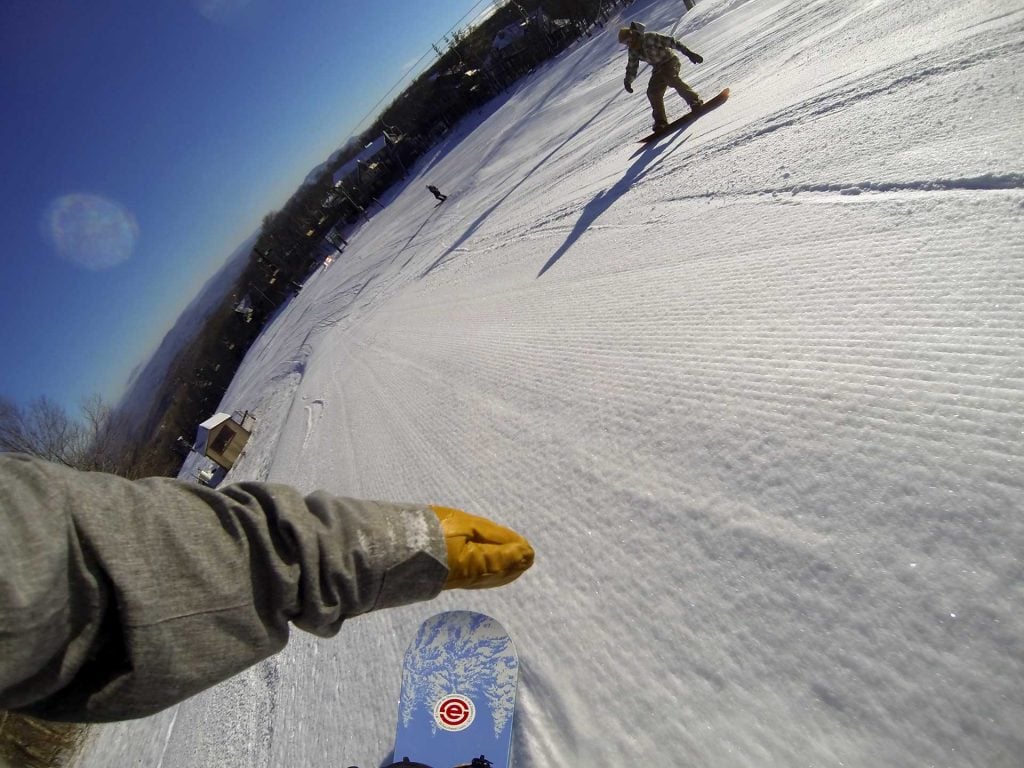 The weekend didn’t deliver quite as much snow as we’d hoped for at the North Carolina ski areas.  Regardless, it was a fun weekend if you made it to the mountain.  The next few days sees a stronger storm move through that is forecasted to dump a foot or more snow for some resorts.  March powder baby!

Well, the weekend didn’t quite pan out as well as I’d hoped for.  The weather models teased us all last week, showing a moderate snowfall event for the NC mountains for several days.  Friday, they began to shift the system further south and that trend continued on Saturday.  It was pretty demoralizing to say the least as we’ve been snow starved here in North Carolina this season.  That and weekend warriors like myself don’t get the snow to time up perfectly with a Saturday or Sunday too often.  It’s also a great lesson that you need to pay attention to the weather and not jump to conclusions too early as forecasts change.  Early last week the models were showing a heavy snowfall up in central West Virginia.  Throughout the week it kept shifting south and eventually become a minor event.  It was a roller coaster of emotions looking at all of this last week.

I’d be lying if I said my stoke level to ride on Sunday was high, but to be honest I was sitting on my couch Saturday night contemplating sleeping in and bailing on a trip to the mountains.  I was pretty exhausted after wakesurfing earlier in the day and at that point the weather models were hardly showing anything in the way of snow!  Thankfully, I decided to go anyways and ended up having a GREAT day at Beech.  As I said a few weeks ago, sometimes you just have to go for it even if conditions aren’t what you were hoping for!

As soon as we began to drive through Banner Elk the clouds began to clear and it became a bluebird day.  Beech was reporting 2″ and it was a legitimate report.  It was also better than I was expecting when I was sitting on my couch Saturday night.  No crowds, no lift lines, good snow, and bluebird conditions…oh yeah!  A layer of fluff on top of the trails in the morning made for a fun first hour as well and then my friends and I had a fantastic time in the terrain park for the majority of the day.  That rope tow is awesome, but man oh man am I sore today after doing what seems like 40 laps through there.

Here’s a quick little video I made of my weekend.  Wakesurfing and snowboarding on back to back days is pretty freaking cool.

And here are some photos I snapped yesterday as well.  You can click on each to enlarge. 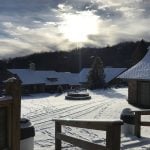 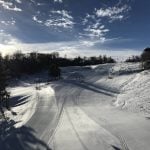 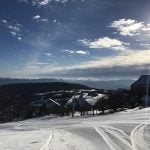 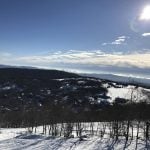 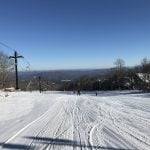 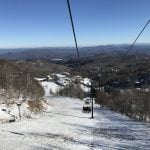 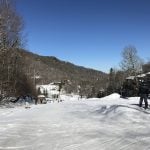 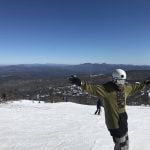 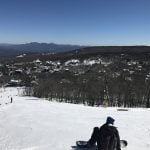 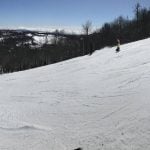 It looks like it was a nice Sunday as well at some of the other ski areas in the region.  Here are some social media posts.

What a beautiful day!

Good Morning! The corduroy is ready for a fun day of skiing and boarding, are you? #winterplace

3" of fresh AND snowmaking overnight = SundayFunday! And just think, if you purchased a season pass you could ski…

This weekend’s snow was just a little appetizer for a bigger snow event in the coming days.  Beginning tonight, we’ll see a storm crank up and eventually turn into a Nor’easter.  West Virginia looks like the big winner with this storm but the ski areas in Virginia look to see some snow as well, which is awesome to see as they have had a particularly tough season in terms of natural snow.  The North Carolina resorts look to benefit from this system as well as anywhere from 2-6″ looks possible for them.  So it looks like everybody is about to get some nice late season snow!

As I already mentioned and has been the case all season, West Virginia will get the best of this storm.  Snowshoe, Canaan, and Timberline area all looking at a foot plus through Wednesday according to the NWS.  Winterplace is looking at 5″ as well.  The biggest bummer is that Canaan is closed for the season and Timberline is closed until the weekend.  Noooooooo! Wisp Resort in Maryland is looking at 12-18″ and that snow potential has them considering re-opening later this week.  More on that in a minute.  Below are the snowfall forecast graphics for that part of the region.  I’ve circled the location of the resorts. 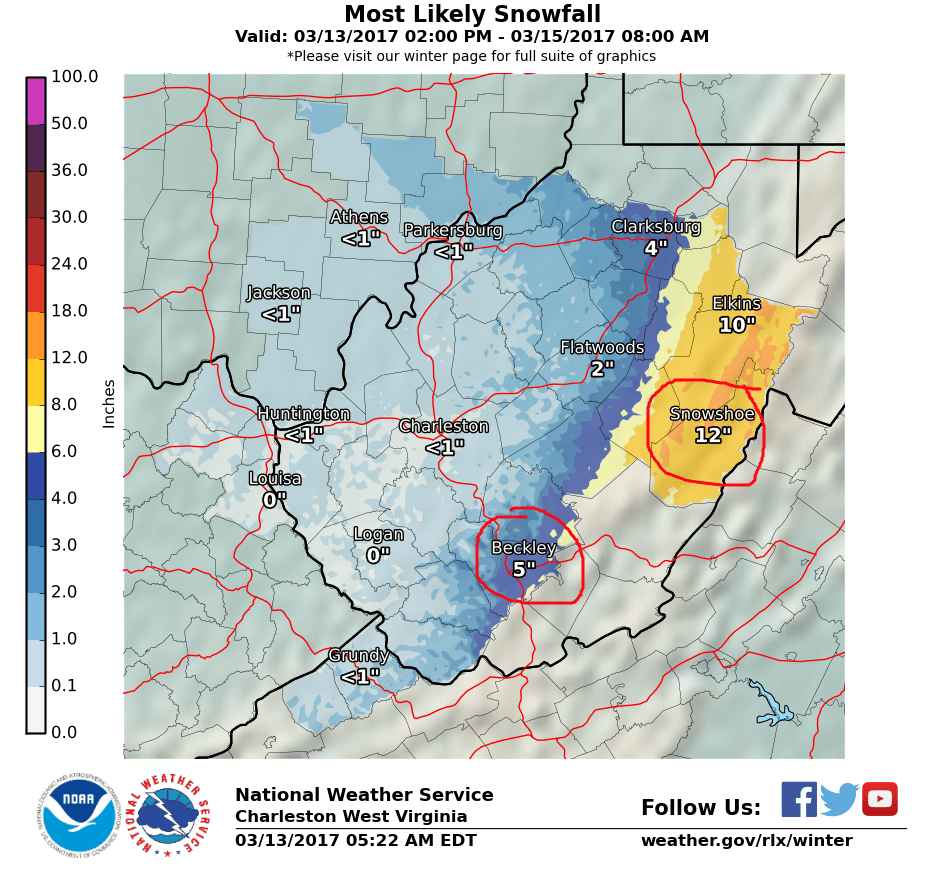 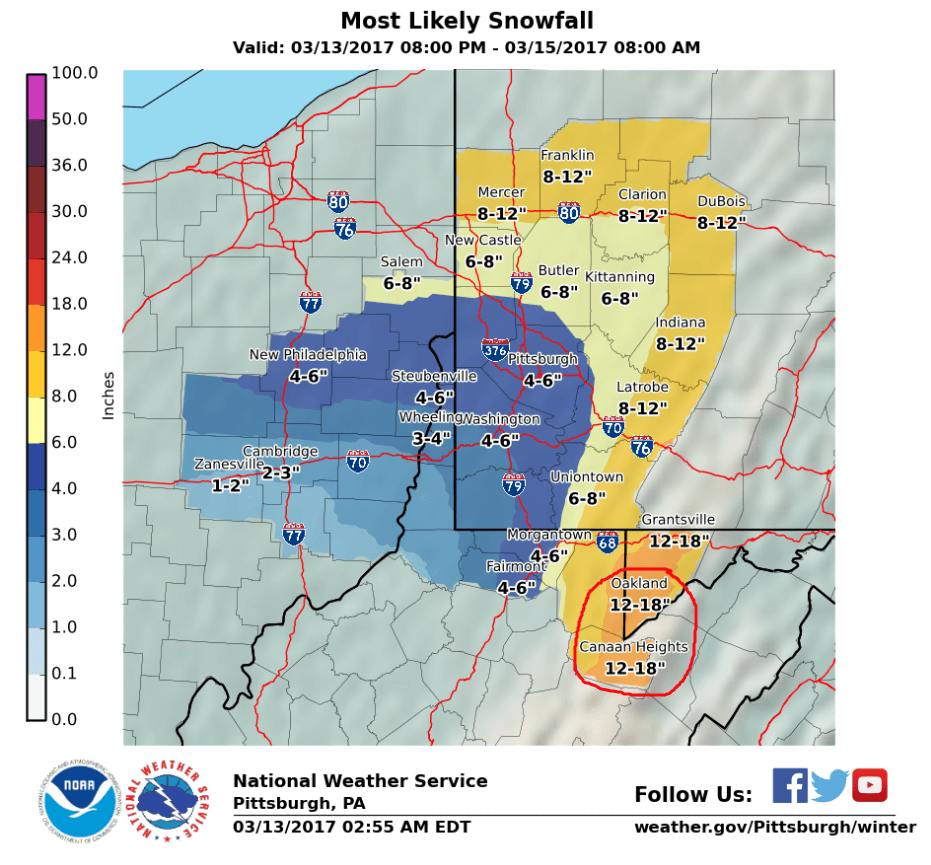 All of the snow in West Virginia is obviously awesome, but I’m more stoked to see the Virginia resorts.  It won’t be as much but they’ve really gotten shafted this year with the natural snow and this will hopefully make up for it a little bit.  The forecast right now for Bryce, Massanutten, and Wintergreen basically has 4-8″ of snow tonight with some more tomorrow as well.  If those ski areas get the higher end of the forecast range they would all exceed their season totals thus far in about 24 hours.  Crazy.

With the incoming snow, we have some updates on operating hours for the ski areas this week.  The Virginia resorts have all decided to continue their seasons for the time being due to the incoming snow.  Massanutten Resort is closed today but they will re-open tomorrow and operate daily from 9am-5pm through Sunday.  Wintergreen Resort is open today through Sunday with those same hours.  Shout out to them as well this morning as they made snow overnight, one of only two resorts to do so.  And finally in Virginia, Bryce Resort remains open for the week ahead.  I really thought they were going to call it quits after this weekend as things were looking thin and narrow out there last week, but they made snow this weekend and the natural snow has given them some incentive to remain open.  They’re open daily from 10am-2pm.

In West Virginia, Canaan Valley Resort ended their season yesterday.  Terrible timing.  Timberline is closed for now, re-opening Friday.  There should be some nice snow out there this weekend but man that kind of stinks for folks who want to ride powder tomorrow and Wednesday.  Snowshoe remains open but it looks like Silver Creek is done for the year, hence the huge drop in open trails today.  That also means night skiing is over.  Winterplace is open daily 9am-4:30pm, so no night skiing.

Down here in North Carolina, App Ski Mountain and Sugar Mountain are both open with normal operating hours.  Beech is day skiing only for now as is Cataloochee.

And finally, a big surprise from Wisp Resort this morning.  If you remember, they closed up shop several weeks ago which came as a huge shock to many.  With the incoming big snow though, they have decided to open the slopes back up:

Winter Is Back, And So Are We!!!
In February, Wisp Resort was forced by rain and temperatures in the 50’s to suspend skiing and snowboarding operations. Now, in the midst of a cold and snowy March, Wisp Resort is anticipating a re-opening of winter operations sometime this week. The exact day will depend on just how much natural snow they get from Winter Storm Stella and how much machine-made snow we can make with the colder temperatures.

The Deep Creek Lake Area received 5 inches of snow on Friday, March 10 along with temperatures dipping into the single digits. Wisp’s Snowmaking Team will be making snow as weather permits this week, and Winter Storm Stella is expected to add several more inches of natural snow Tuesday. The resort suggested skiers and snowboarders check www.wispresort.com and Wisp’s Facebook page for updates and opening announcements.

That is pretty cool to see and I’m sure season pass holders will greatly appreciate it as well.  With a foot plus of snow on the way, another powder day or two will make for a nice late season bonus.

It’s going to be an exciting few days.  I don’t want to call this a Miracle March just yet but after the season we’ve had it’s beginning to feel like it.  Stay tuned all week!

Previous Post
ONE MORE SPIN AROUND THE BLOCK, PLEASE – by Joe Stevens
Next Post
Ski Southeast Forecast for 3/13/2017