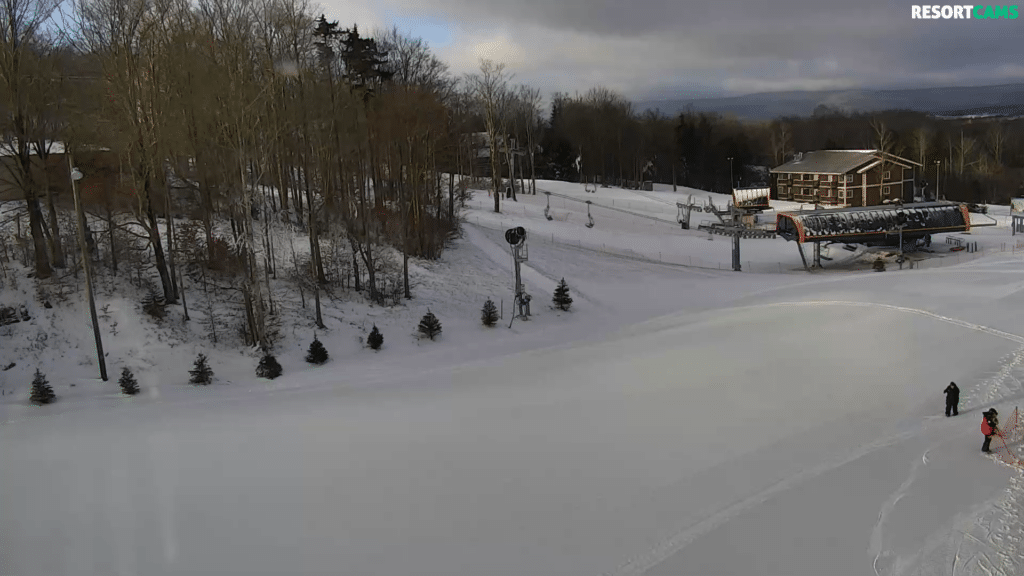 I was out and about with family, choosing and cutting a couple of Christmas trees for this Holiday season. If the crowds on the road and at the tree farms are any indication, this will be another VERY successful ski & snowboarding season. 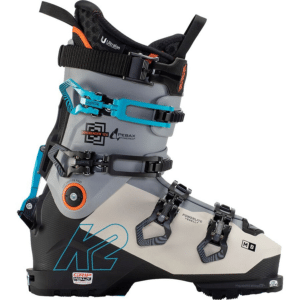 I love this time of year myself. It’s college football’s rivalry weekend, and people are out shopping for Christmas trees and enjoying an early visit to the mountains. Traffic was quite brisk to the ski mountains on Friday and I saw quite a crowd visiting Alpine Ski Center on Black Friday. (I finally broke down and picked up a new pair of boots (K2 Mindbender 120’s) and I’ll provide a review a bit later, but I can tell you that this boot is about half the weight of my old boots, awesome to walk around in and I can’t wait to hit the slopes in them this week.)

This is an exciting time of year when cold air hits and thoughts turn to enjoying a winter of snow and playing on it.

This is officially the second weekend of the 2021-2022 ski & snowboarding season and we are two-for-two with the weather being perfect. (Okay, maybe if we had a foot of powder that would be perfect.) However, to have near-perfect, snowmaking ops and great conditions at the resorts that are open – we’ll take that!

Guys, check the SNOW REPORT for today for all of the morning temperatures, resort and slopes open, as well as snowmaking. (Some resorts are actually reporting that they did NOT make snow, when they are doing so as of this report.)

In fact, the first two reports I verified this morning (Appalachian & Beech Mountain) BOTH reported no snowmaking occurred, yet they made tons of snow. Bear in mind that they COULD be reporting “no snowmaking” on their report to tell those who are heading out today that they will not be making snow during open sessions.

As I watched Beech Mountain churning out snow this morning, the winds were really pushing that snow in a way that I imagined some of it was hitting Beech Mountain Parkway!

This morning I was reading a report by Kenneth Reese of WataugaOnline.com and saw where three hikers documented wind gusts over 100 mph on Grandfather Mountain yesterday (Friday) morning. Evan Fisher, Billy Bowling and Peter Forister reported a 102.1 wind gust. All three are qualified and well versed in weather. Hats off (literally) to those guys!

Here are two tweets by the guys!

NATURAL SNOW FELL ACROSS PORTIONS OF WEST VIRGINIA AND MARYLAND

According to Canaan Valley Weather guru, David Lesher, 2.1″ of snow fell since Friday morning. You can see evidence of that and some LIVE snowmaking happening at:

Timberline Mountain will have their 2-mile-long, Salamander trail open.

Some people just need to worry about silly things. 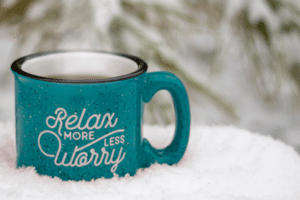 While on the subject of SNOW, we’ve had a few people already suggesting that we are well under our normal snowfall totals for this time of year. Oh brother! It’s way too early for the doomsdayers. Canaan’s 8.4″ at this point in the early, early season is almost two inches MORE than at this date last season and it is only one-half inch less that two seasons ago. Now there were some really snowy Novembers back in 2018-2019 with 16.4″, and 2014-15 with 29.6″ but it is way too early for anxiety.

Hey as long as our resorts can make snow like this, we’ll be in awesome shape!

Snowshoe Mountain Resort is looking like late December conditions. They have a region-leading 13 trails open – 38 acres of skiing & snowboarding pleasure for day sessions for Saturday! They reported 2-3″ of snowfall from Thanksgiving into Friday and the NWS confirmed that with an official 2.0″ of snowfall in the 24 hour period. Snowshoe isn’t reporting it, but that gives them 4.6″ on the season.

Sugar Mountain Resort is beginning to flex their winter muscles as they added another open trail and are now at 8 slopes open with a base of 20-58″. Snow tubing and ice skating are also open. Way to go team Sugar. (I was at the base of Sugar on Friday mid-morning and they had a manmade blizzard going on.

Wintergreen Resort only had some small pockets of snow on their slopes, leftover from their earlier round of snowmaking. Fast forward to this morning and – JUST WOW.

Check out this whale at Winterplace Resort! They are building base and prepping for an opening soon. (SEE SNOW REPORT)

Bryce Resort is reporting that they will be open today and Sunday, however, they are not sharing any slopes opening information just yet. We called but also got no answers at three different extensions. We’ll try to share more reliable intel asap. Bill Nabers, if you are reading this and know the deets, text me.

Enough is NOT being said about all of the amazing things going on up on Beech Mountain.

Beech Mountain Resort implemented several upgrades for the 2021-22 ski season to allow plenty of space for guests to enjoy the great outdoors, whether on the snow or just relaxing. The core of the alpine village at the base of the slopes has been transformed into a park-like plaza. A pavilion and social area with multiple fire pits replaces the ice-skating rink (which returns in the future to a new location). The renovation adds several outdoor seating areas connected by walkways.

A bit closer to the slopes, in the area between the Lodge and ski school, a new food & beverage outlet debuts. Play Yard Provisions is a “snack shack” for warm food, hot chocolate, coffee and cold drinks. Guests can purchase items to grab and go, or eat on the Lodge deck without setting foot inside.

“We’re seeing a focus of people wanting to avoid inside areas at times and have more spaces to spread out,” says Beech Mountain Resort general manager Ryan Costin. “These investments give people that opportunity on both levels of the village.”

On the slopes, a multi-year upgrade of the snowmaking system continues. Ten new hi-tech snow guns are in place, giving the resort 85 new guns over the last five years. Those guns will be fed by two additional high-performance pumps installed over the summer. Those pumps increase the system’s output to more than 5,000 gallons of water per minute, greatly enhancing the snowmaking ability.

“Snowmaking has been a major focus over the last few years and it’s nice to see that overall project coming to fruition,” Costin says. For a good part of the season last year, the resort operated at 100 percent capacity with all 17 slopes open, including the Oz Run on the backside of the mountain.

Night skiers and snowboarders will notice new LED lighting this winter on Southern Star. That completes a three-year project to upgrade to LED lighting on the slopes used at night. “People who have come for night skiing over the last couple years have complimented us on how much this project has expanded and improved the night skiing conditions,” Costin says.

As conditions allow, Beech Mountain Resort also plans to reintroduce most outdoor and indoor activities and programming that were canceled last winter.

“We will have a full schedule of on-slope and off-slope operations. We can increase capacity for the ski school and group lessons, and other outdoor activities,” explains Costin. “Meanwhile, our food & beverage venues, music venues and those type of operations should be open, which will add a lot of excitement to the overall experience.”
Focus has also been placed on the guest experience away from the slopes. The resort will now offer transportation services. In addition to free shuttles to parking locations on weekends, BMR introduced a private shuttle service.
“When people drive up here, navigating our facility and the whole mountain can be difficult, so we’re expanding into private shuttle service,” Costin says. “It offers the experience of being able to park their car, make a phone call and get a shuttle from their lodging to the resort and not worry about trying to find parking on busy days.” This allows the resort to provide the total suite of components for booking a vacation – lodging, transportation, equipment rentals and skiing.

“People can come here, spread out and get exercise,” Costin says. “It’s a comfortable environment that people really gravitated toward last year and I expect more of the same this year.”

Keep the snow dances going, they seem to be working as more snow is in the forecast!