It’s Not Hard To Figure Out 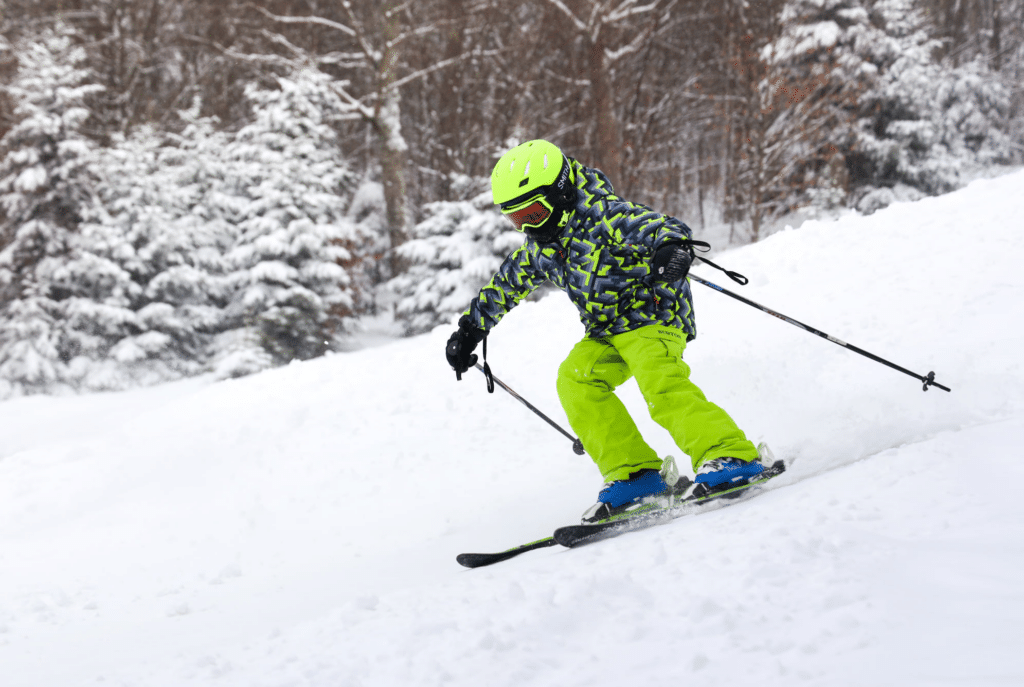 Last week I was asked to be on a panel of ski industry folks to discuss how the 2020-2021 season was going so far.  The conference call was hosted by the Baltimore Ski Club and included a number of ski clubs through that region.  It was an interesting hour of give and take about the season.

Anytime you get folks from both sides of the table on an issue there is always the chance for disagreements to pop up.  This time though that didn’t occur, and I think the underlying reason for that is right outside everyone’s front doors these days and that’s snow.

If you haven’t noticed, this has been pretty much a normal winter, meaning somewhat normal natural snowfall in the mountains and constant temperatures, allowing snowmakers to do their thing.  I don’t want to jinx anything, but those normal weeklong thaws haven’t occurred this season so far and well, I for one am pretty darn happy about that fact.

Going into the season, the forecast seemed to be a crapshoot for the meteorologists I reach out to on a regular basis.  Basically, all the forecasts mentioned an above normal amount of precipitation, not in snow though but in yes, here it comes, underdeveloped snow.  So far this season those snow sucking rainy, foggy days have been minimal.  I know everyone will blame yours truly if we have one of those flame throwing mild periods and all that tree lined snow begins to go back into the snowmaking ponds.

After the conference call I chatted with my wife Angie about how the call went and what was discussed.  The major point I came out of the call with was the fact, that despite it being an incredibly challenging year due the COVID-19 pandemic, everyone was upbeat with their thoughts and questions.

So, why during this challenging year is everyone is still in a good mood?  All I can say about that is, it’s all about the snow.  Do you think that everyone would be in the same frame of mind if there had been a couple of thaws this year and the crazies were already skiing and snowboarding in short pants?  I don’t think so, do you?

Preparing for the call, I anticipated several questions about the majority of the resorts in the region conducting capacity management practices this season.  Meaning, limiting the numbers of skiers and snowboarders on the slopes to allow for proper social distancing, not necessary on the slopes but in the lift lines.  For the most part, the comments concerning that issue on the call were positive as they understood the need to keep employees and visitors safe this season.

Of course, some of the conversation centered around what was new and exciting at the resorts in the area.  I could not pass up the opportunity to talk about Timberline Mountain being under new management and for the first time in basically two seasons, providing the type of skiing and riding at that resort that many of the folks on the call remembered from seasons past.

I also mentioned something that I think most people not working at the resorts just push aside when announced just about each and every year.  That being the expansion of snowmaking at every resort.  Skiers and snowboarders around these parts need to understand they are blessed that all the resorts have spent millions of dollars to upgrade their snowmaking systems.  You have heard me say it before and I know I am repeating myself, but that is the “only” reason there is a ski and snowboard season in the region from November to March.  In fact, it’s probably the “only” reason there is a skiing and snowboarding industry at all in the region.

At the end of the day, it was a fun experience to hear folks throughout the Maryland and Virginia region say, because they didn’t want to fly this season, it was good to reconnect with the resorts in their backyard.

So, switching gears a little now, after two very positive columns the last couple of weeks, my good friend Mike Doble messaged me that I sure was on a “thank you” kick recently with my column.  I stand guilty as charged.

Not that was I looking for something not so positive to write about, but on my last trip to Winterplace Ski Resort last week, a couple of things happened right in front of me that just blew me away.

While making my way down the mountain, not once but three times, I had to keep from hitting someone perched in the middle of the trail talking on their mobile phone.  Come on folks, what the heck are you thinking about?  There is a time and a place to jabber on your phone, but not in the middle of a trail.  What was so darn important that you took time away from letting gravity be your friend to talk on your phone.  Not good folks, not good.

Then I was in a lift line and here comes someone going under the ghost line rope, getting to front of the lines.  Well, he got away with it, but I did get a few choice words in about his not so good maneuver.  Then the karma gods got him as he face-planted in front of everyone as he approached his lift chair.  I was glad the only thing that seemed to be injured was his pride.

Speaking of lift line conduct, the guy who decided to drop his face covering and spit out his dip of tobacco can take that somewhere else.  Enough said on that one.

There you go Mike, you see, sometimes I can be a little testy.

That’s it for this week, thanks for joining me. Just remember whether it be cold or whether it be warm, we will weather the weather, whatever the weather will be.  The season has been challenging but fun so far and it is going to be a lot more fun the rest of the way.  Remember, Mother Nature provides the best social distancing these days.

Previous Post
The Entire Region is a Snow Globe; Best Conditions in Years
Next Post
Incredible Start to the Week!

Another Chapter to This Season