Is this the season of Recovery??? 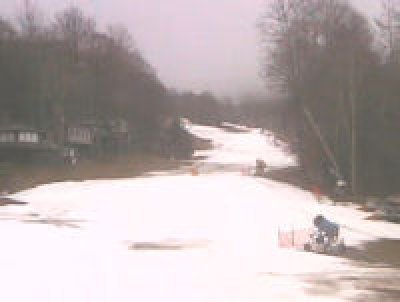 What do I mean by that? Just a week or so before the all-important Christmas Holiday ski week things looked p-r-e-t-t-y worrisome for most of the ski resorts. Even the ski areas in West Virginia were lacking the needed slope coverage to attract Holiday ski travellers.

On December 20th only THREE ski resorts were even open. Just two days and 6-12" of natural snow later and things looked "White Christmas" enough to attract the masses. I was at Snowshoe during that week and heard that Snowshoe was 100% booked up. Most of the other resorts had very good numbers. Not great, but good.

As we quickly approach the NEXT MOST IMPORTANT weekend of every ski season – the MLK Weekend – things again look p-r-e-t-t-y "worrisome". 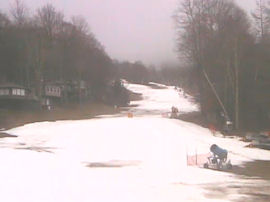 In the last 24 hours some areas have seen about one-half inch of rainfall whereas other ski communities such as Beech Mountain and Sugar saw 1.75" of rain!  Worse still is the fact that ANOTHER 2-3" of rain is forecasted for the NEXT two days. The heavier rains are falling south of Snowshoe, Canaan, Timberline, Winterplace and Wisp…but the entire area is seeing rain today.

Flood watches are posted for several mountain communities. Again Beech, Sugar and several of the North Carolina, Tennessee and Virginia communities have seen as much as 1.79" of rain from Monday with another 1/2" falling since midnight. With the forecast for 2-3" MORE rain…things could be saturated. In fact, Watauga Roads alerted us to a mudslide on Monday.

See what we mean by worrisome?

I spoke with a couple of vacation rental folks in the area on Monday and they are concerned about what kind of condition the resorts will be in.

As I was looking around at some of the ski resort's websites this morning I found more than one with this comment posted on their front page:

"It is a great day for skiing at XXXXX.  The new snowmaking system has dramatically increased the amount of snow on the slopes.  The conditions and weather are perfect for skiing or snowboarding!"

Okay someone is a l-i-t-t-l-e busy with other things and simply haven't updated their website. But of course THAT'S what you guys have us for, right?

BEFORE WE GET TO SOME GOOD NEWS…

John Hoffman from Fred's Mercantile was on the radio this morning sharing that their weather center recorded 1.75" of rain within the last 24 hours. He equated that to what it would have been with cold temps and it came out to be about a two foot snowfall. Imagine if we were to get this kind of moisture with the coming arctic front heading our way next week! With another 2-3" of rain possible…we could have seen 40-50" of snowfall.  THAT TOO would have been a problem!

Okay things are not-so-great right now, and there is "THIN COVERAGE" and "BARE SPOTS" at every ski resort in the region but believe it or not (hope you DO believe me because if nothing else I'm an honest guy) the ski areas of the Southeast and Mid Atlantic are in MUCH, MUCH BETTER SHAPE today as we head into the upcoming long weekend than we were heading into the Christmas week. Snowmaking temps are forecasted for Beech Mountain on Thursday all the way through the weekend so you won't even know the THAW took place. All of this rain will have filled the holding ponds for extended snowmaking and those snowmakers are the best in the entire United States. The slopes of the resorts of the Southeast will look darn nice by Friday evening and the entire weekend.

THAT-MY FRIENDS – IS THE TRUTH.

So keep those reservations if you've made them and you can thank me later. The crazy COLD system that we've been talking about for more than a week is heading our way with some natural snow coming in perhaps Tuesday of next week and temperatures in the teens.

I'm expecting Brad Panovich's Ski and Snowboarders forecast this morning so be sure to check his expert forecast at: https://www.skisoutheast.com/video-forecast.php

So COLD and SNOW is in the forecast and it looks like some well-timed weather will make for yet another recovery for the resorts in time for what should be at least a good-to-great MLK weekend crowd.

ONLY "HOURS" AWAY FROM SOMETHING FROM WOLF???

As most of you know we've been covering the news over at Wolf Ridge about the fact that there are some "more-than-rumor" conversations and happenings going on over that way. If you are not up to speed you can click the link below and catch up:

The WolfNC.com website was taken down a week ago and replaced with a countdown clock that hinted that "We will be back" in a period of time. THAT period of time is now down to 14 hours and change which would seem to hint that the website will be "back" around midnight tonight.

Our bet is that the countdown clock will be reset and that nothing else will come forward but we've been wrong before…so we'll see what happens with that or if there's any news from the powers that be. Of course there's always the possibility that the wolf will be huffing and puffing at my door. It's only our intention to report and share any news from the ski areas and the latest news from those at the resort is "NADA" and the only news from WolfNC.com is that it is counting down the remaining minutes until they are "back" – whatever that means. …and whatever that means, we will report.  For now you can visit www.WolfNC.com for the final countdown.

UNTIL TOMORROW – stay dry and look for updates. Kenny Griffin is updating the snow report as we speak so check that before heading to the slopes.