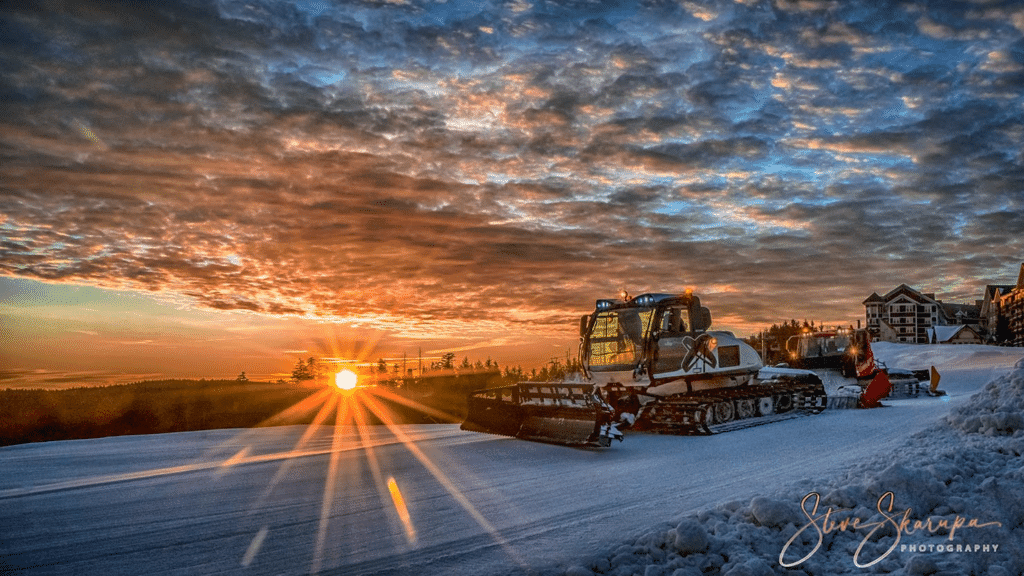 Story and photos by Steve Skarupa

Despite the rain, opening day at Snowshoe Mountain was one for the ages. 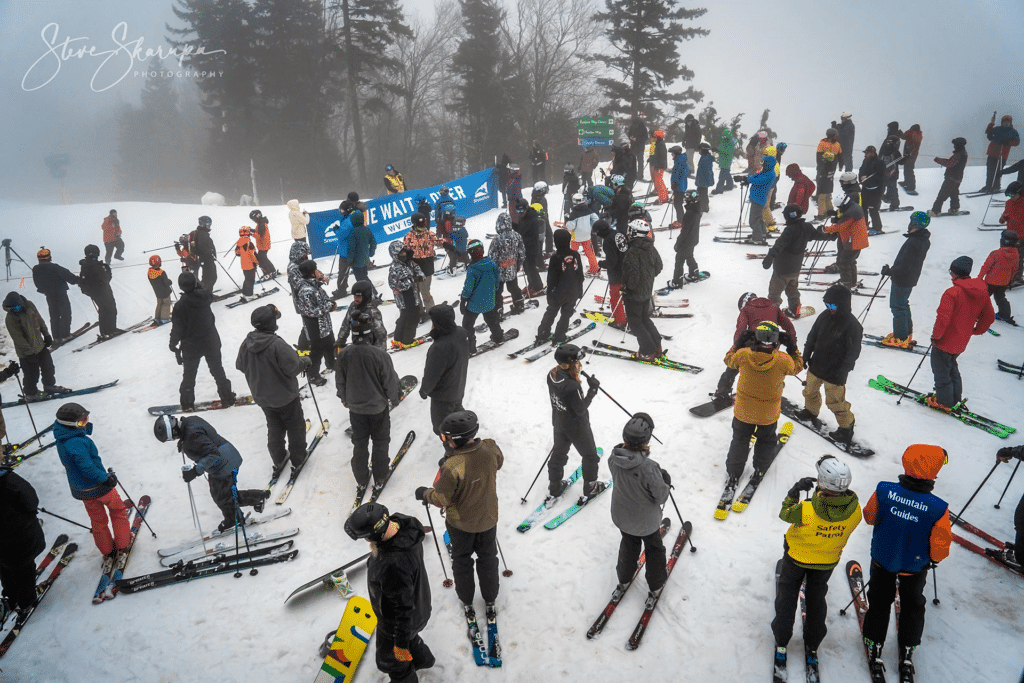 Click to Enlarge. Skiers and snowboarders flocked to the Pocahontas County resort atop Cheat Mountain for the start of the 2019-2020 season.

After record-setting heat in October, November brought arctic air, allowing Snowshoe to fire up their multi-million dollar snowmaking system on Nov. 2, 2019. Snowshoe’s snowmaking system ran for more than 250 hours and pumped out more than 75 million gallons of water from Shavers Lake at the bottom of the basin side of the mountain, which produced more than 9 feet of snow, according to Snowshoe.

Snowshoe opened with a 55 inch base after a few weeks of substantial snowmaking. 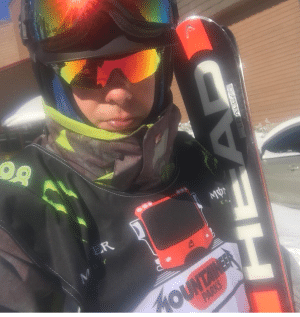 Story and photos by Steve Skarupa for SkiSoutheast.com

Opening day saw Snowshoe open with 11 trails, including two blue slopes, Spruce and Gandy Dancer. I enjoyed making turns and greeting a number of people from around the Southeast who have been regulars at Snowshoe – but who had never participated in opening days.

Beginning in the early morning hours, dense fog had the summit socked in with high winds and rain, however those conditions did not deter skiers and snowboards.

I can attest to the idea that this wasn’t the biggest opening day crowd Snowshoe has seen, but there was a nice crowd on hand as they waited in the rain for ski patrol to drop the rope at 9 a.m.

Snowshoe is now open seven days a week from 9 a.m to 4:30 p.m. and once the Silver Creek part of the mountain is open, Snowshoe’s hours of operation will be from 9 a.m to 9 p.m.

Here are some photos I shot from around the mountain Friday, November 22nd.

Click to Enlarge photo of two groomers doing their thing at Sunrise. 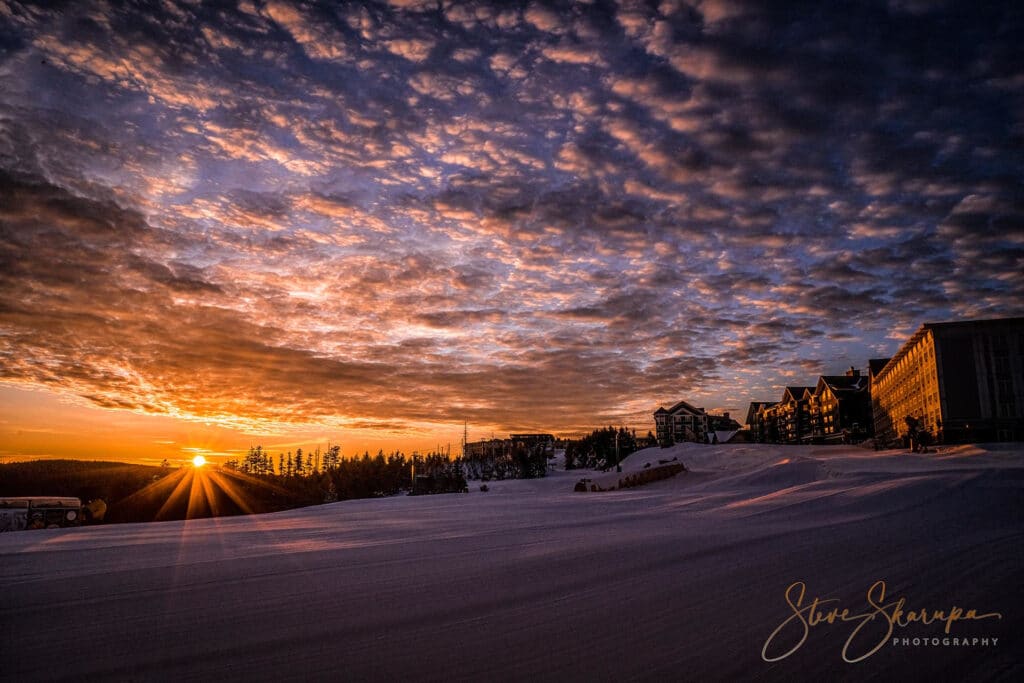 Click to Enlarge. Yet another awe-inspiring Sunrise on Snowshoe. 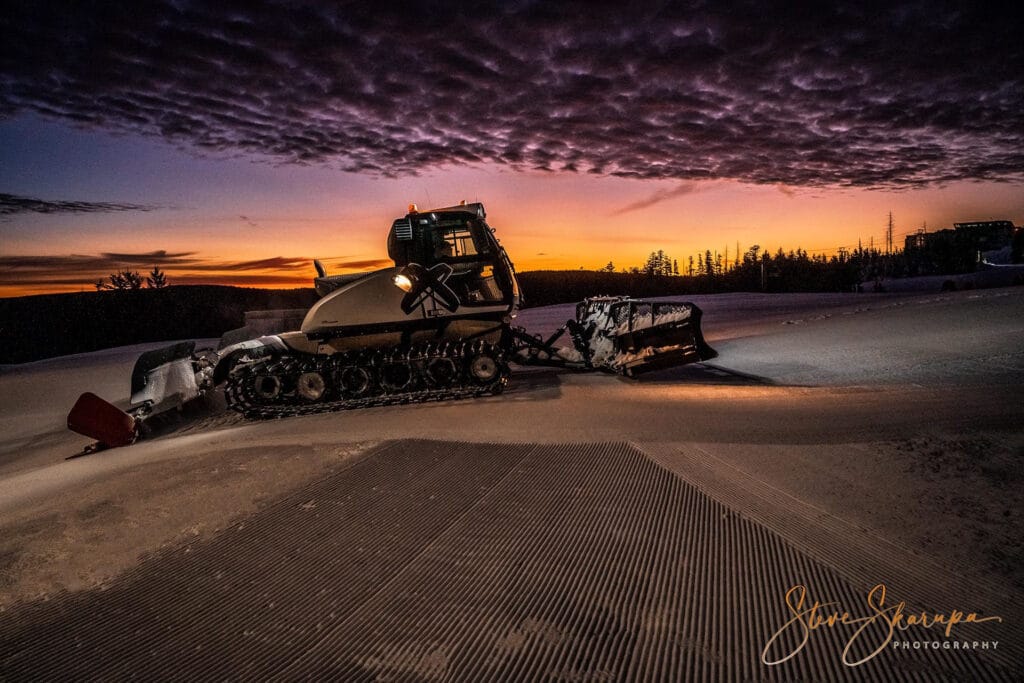 Click to Enlarge. Sweet machinery makes sweet corduroy – makes for smiles all around.