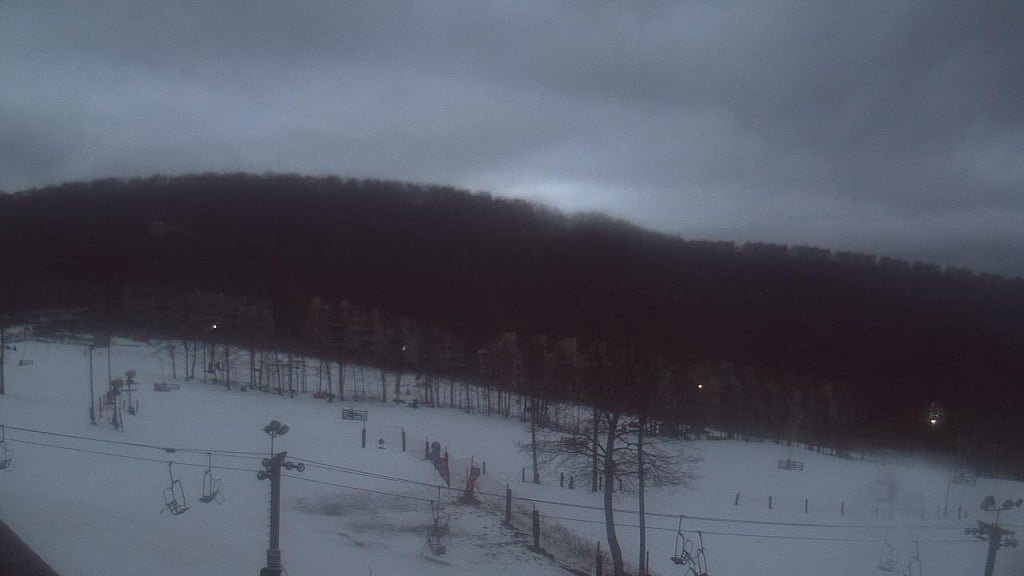 It’s another one of those hohum days. Gloomy, wet, just blegh. I’m not too bummed though because after today things will turn cold once again. Snowmaking temps return during the overnight hours for the next several days and daytime temps will stay on the cool side as well. Today is just a little hiccup.

Nothing has really changed since yesterday in terms of the resorts. All of the same trails are open as are all of the same resorts. Hence the title of this post.  That’s not a bad thing.  Around a third of the available trails in the region are open right now.  Not too shabby for pre-Christmas.

I’m not going to go into too much detail about the possibility of snow at the ski areas this weekend due to it being several days out still. I’m sure a lot of you have seen stuff on social media about it. Last night’s model runs backed off the idea of a major storm considerably, so all the weather geeks are waiting for the midday runs to see if that was just a fluke. It looks like some snow for the resorts is likely, but just how much is the million dollar question. I’m still holding out hope for a pow day somewhere on Sunday. I want it!  I’ll keep you guys updated all week.  Follow Brad Panovich on Twitter too.  I’m sure he’ll be posting about it all week as well. 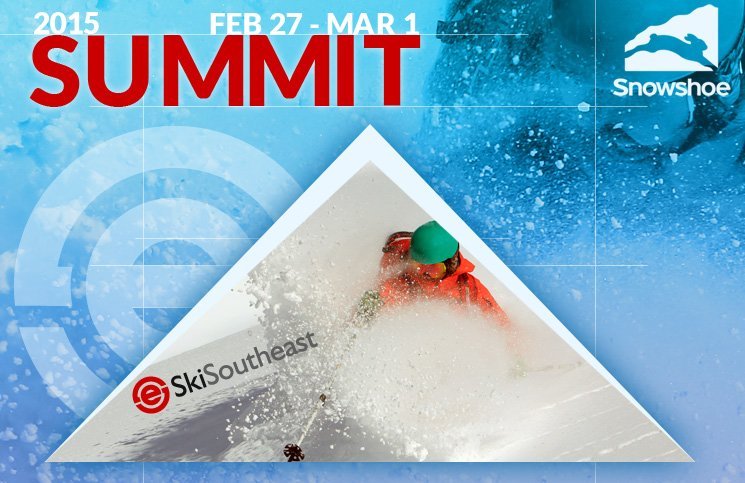 This is what I really wanted to talk about today…the 2015 Ski Southeast Summit at Snowshoe Mountain!  We finally announced this yesterday after sitting on it for a week or so.  We’ve been pretty busy at Appnet of late.  I’m uber pumped for this as it is by far the best deals that Snowshoe has hooked us up with since I’ve started working here, and this will be my 5th Summit as a representative of Ski Southeast.  We’ve also announced it nice and early this year to give everyone plenty of time to make plans to join us, and you’re definitely going to want to!  Here are the details.

WHERE: Snowshoe Mountain Resort in West Virginia
WHEN: February 27, 28, and March 1st

-20% OFF ALL LODGING THROUGH SNOWSHOE RESERVATIONS*
-A 2 DAY LIFT PASS FOR $89! (THAT’S HALF PRICE SO BASICALLY SUNDAY IS FREE!)
-COMP TICKET TO THE INFAMOUS STRINGDUSTERS ON FRIDAY NIGHT!
-FREE (normally $20) ENTRY TO VIP SECTION FOR “BEATS ON THE BASIN” CONCERT (We’ll rope off an area inside the Junction…)
-SATURDAY EVENING WELCOME RECEPTION (WINE & CHEESE) WITH SNOWSHOE PRESIDENT & COO, FRANK DEBERRY
-FIRST TRACKS SUNDAY MORNING BEFORE ANYONE ELSE SKIS THE MOUNTAIN

OTHER THINGS GOING ON THAT WEEKEND:

HOW TO GET THIS DEAL
To get this special pricing and the FREEBIES, all you have to do is:

(YOU MUST MENTION that you are attending the Ski Southeast Summit.)

STEP TWO:
TELL US YOU’RE GOING TO BE THERE!

Fill Out the Signup Form
https://www.skisoutheast.com/ski-southeast-summit/signup-form/

View All the Info
https://www.skisoutheast.com/ski-southeast-summit/

Twenty percent off lodging, free skiing, VIP status, and first tracks before anyone else gets to ride the mountain.  Woo!  I’m stoked.  I doubt I’m going out west this year for a trip, so this is going to be my big-ish trip of the season.  My girlfriend is excited and I already know of few of my buddies are making plans to attend as well.  It’s going to be a good time and we want you to join us!  FYI, you’re going to hear me talking about this a lot over the next few months.