A Great March Weekend It Was 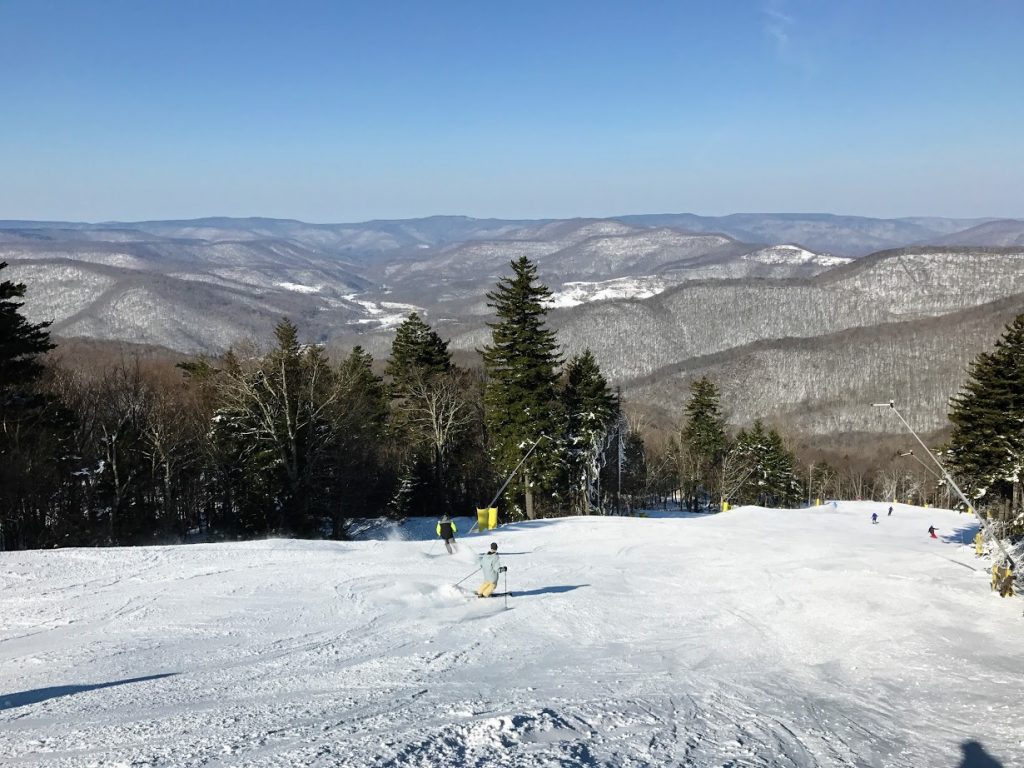 What a weekend!  For those that made it to the Ski Southeast Summit at Snowshoe, we were all treated to a fantastic weekend of skiing and riding.  If you were at another ski area in the region, you too had some nice early March conditions.  You really couldn’t go wrong this weekend as long as you were on the snow.  Unfortunately, it’s back to reality today as another work week begins and so does the less than ideal weather.

First off, a huge thanks to everyone who attended the 2017 rendition of the Summit.  Mike and I were both a little nervous (especially Mike) several weeks ago when the weather was crummy and the forecast didn’t look much better.  I knew we’d have a good time though regardless of the weather as it’s fun just to meet up with everyone and hang out and get some turns in.  Luckily, our patience was rewarded and Mother Nature dumped 7″ of snow while we were there along with many nights and days of snowmaking.

I arrived to Snowshoe on Wednesday night and rode Thursday.  For those who weren’t there on Thursday, you have no clue how much of a difference there was between then and the rest of the weekend.  Conditions were variable to say the least.  You could hit slush, ice, crust, loose manmade powder, and corduroy all in one run.  It was crazy.  Then, Friday morning provided some powder after 4″ overnight!

After that, the rest of the weekend was mostly bluebird with great snow conditions on 50 plus trails.  We lucked out so hard it really is unbelievable.  The icing on the cake was First Tracks yesterday morning.  It is and always will be my favorite part of the Summit as there is nothing better than getting to ride untouched corduroy (and sometimes powder) before anybody else gets to.  The first run down Sawmill yesterday morning had me hooting and hollering as I straight lined it down steep, perfectly maintained corduroy.  So good.  Everybody had smiles on their faces loading the lift and it was just an all around amazing half hour of 5 or 6 runs.  And I won’t even lie about it, there’s something awesome about getting off the Soaring Eagle lift and seeing people waiting on the rope to drop and I just cruise right past them and duck underneath it.  I felt so cool.

It was so hard to leave yesterday and always is.  Snowshoe is the jam and I love it up there.  A big thanks to all the folks at Snowshoe who made the Summit happen.  As Mike mentioned yesterday, we really felt like VIP’s this weekend.  Also, a huge thanks to all those peeps who joined us, especially those who booked when the weather was crappy and the outlook wasn’t any better.  As I already said, we were all rewarded with snow and cold in a season which hasn’t had much of it.

If you didn’t make it this year, we hope you make it next season!  It really is a fun event and generally the highlight of my season.  So go ahead and mark your calendars for March 2nd-4th, 2018!

Outside of Snowshoe, all of the other open ski areas look to have had a successful first weekend of March as well.  The weather for the latter portion of last week really boosted conditions for this past weekend.  The Davis, WV area saw over 8″ of snow Thursday night and Friday and Canaan Valley Resort looked to be in primo shape over the weekend. 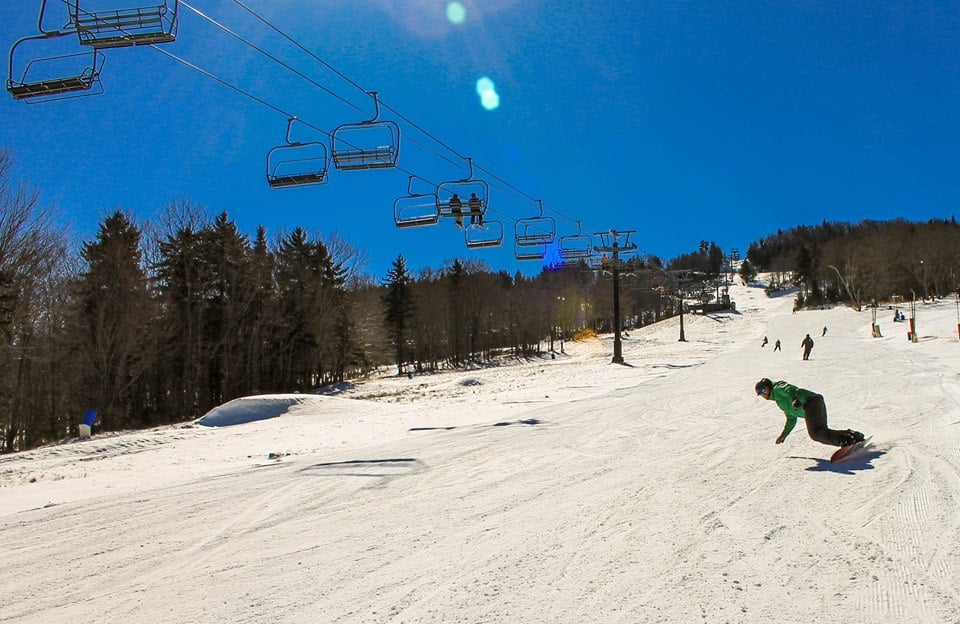 A few nights of snowmaking at Winterplace also had things looks amazing for folks this weekend.

In Virginia, Bryce, Massanutten, and Wintergreen were all able to make snow as well.

And finally, it was cold in the mountains of North Carolina as well.  Cataloochee had the snow guns going for many hours Thursday into the weekend…

So all in all, I don’t think anybody was complaining about the weekend.  It’s one of the better ones we’ve had in recent weeks.  Unfortunately, it looks like it’s going to be sandwiched in between stretches of underdeveloped snow.  Some light showers are in the forecast for today with more pronounced rain tomorrow.  After that, we could see some snowmaking Wednesday night but it looks borderline right now.  Overall, the week ahead (after Tuesday) looks somewhat mild but nothing crazy warm.  The weekend will be cooler it looks like right now.  It’s only Monday though and we have the whole week to talk about the weather.

We have a few temporary closures to talk about this morning.  I speculated last week about a few resorts calling it quits after this past weekend and thankfully I was wrong, at least right now anyways.  Canaan Valley and Massanutten are both closed Monday – Thursday of this week and planning on re-opening Friday.  Canaan has already announced that Sunday will be the final day of their season.  Massanutten has made no such announcement but it wouldn’t surprise me if this weekend is their final days of the season as well.  Tubing is open this week about both resorts.

Wolf Ridge is closed Monday – Friday this week and hoping to open this weekend.  I don’t believe Wolf made any snow though last week during the cold snap and based on the picture below submitted by Joe Berry, I’d be surprised if they open this weekend.  Coverage looks a little thin but Joe says “everyone that was there was having a blast!” 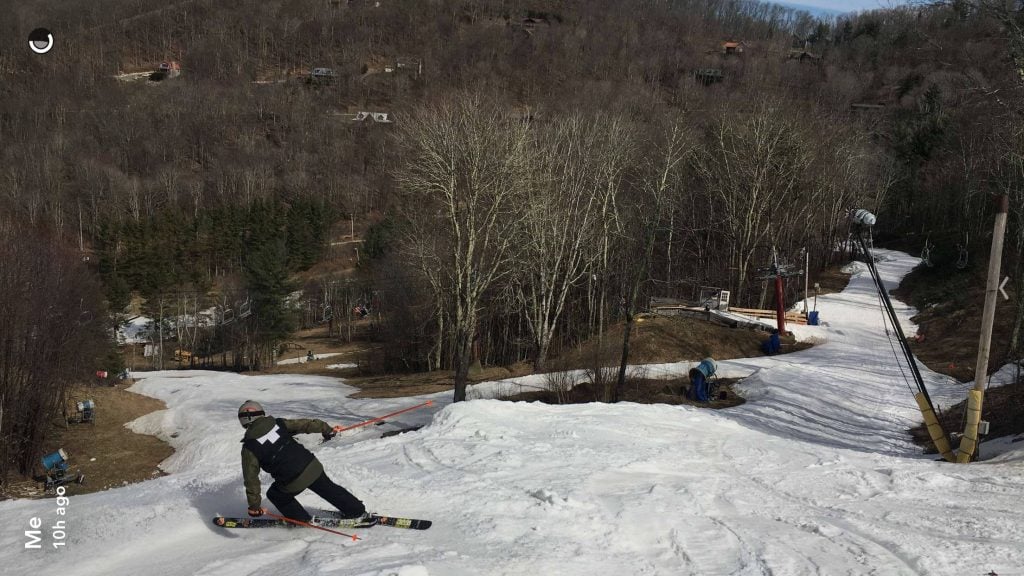 Bryce Resort was one of those resorts that I speculated about closing after this past weekend.  I already showed a pic of snowmaking out there this weekend and here’s another one.

They’ve spread out those whales and remain open this week ahread of Winterfest festivities this weekend.

So there you have it.  A great weekend was had at ski areas across the region.  Hopefully you got out and made some turns.  If you didn’t, make some plans to as we’re in the home stretch now of the 2016/2017 season!