The Godfather of Snow Sports Filming, Warren Miller Passes at the Age of 93 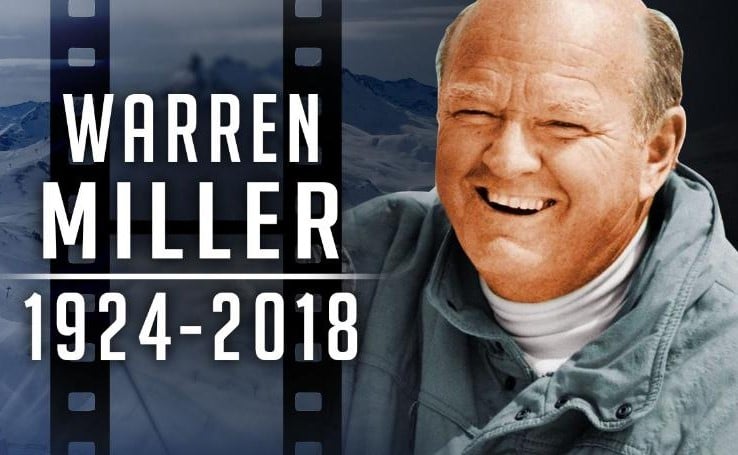 Warren Miller was simply the best in his field. Every one of us who skied or snowboarded a slope and held a camera while doing so aspired to create something with our filming that would compare to the works of Warren Miller. We all failed miserably.

Mr. Miller passed away at his home in Orcas Island, Washington at the age of 93 and he packed more adventure into his life than the next 10,000 of us put together.

Warren Miller was born on October 15, 1924; and throughout his childhood he spent his time skiing in the winter, surfing in the summer, as well as fooling around with a camera taking photographs. His childhood passions would allow Mr. Miller to make a career out of his passions.

After a short stint in the Navy he bought his first eight millimeter camera whether it was his plan or mere fate, he began to take advantage of his hobby and passion by collecting all the ski footage and narrating the films to the tune of his voice – which was another one of his many talents. His voice and his delivery was spot on. A short time later he created Warren Miller Entertainment to produce extreme skiing movies in which professional skiers and snowboarders were contracted to travel the world and ski mountains and destinations that most of had never heard of.

In addition to shooting tens of thousands of miles of film, his entertainment company produced one documentary film every year (59 in all) since 1950 through 2008. He was known to travel from one ski resort to another, renting or gaining access to show off his latest film. While at those resorts he would have his crew out filming content for the following year’s film.

The talent that he would assemble to ski and ride those trails were simply the best. Those skiers and snowboarders would show the rest of us the impossible. Their on-snow feats would inspire tens of thousands of us to do more than just simply ride the snow.

My first experience of Warren Miller was a film that was shown at Hawksnest Ski Resort in Seven Devils. The Cottoms had arranged to show the film “Endless Winter”. I want to say it was in 1994-1995 – about four years after I had moved to the High Country. We had just experienced the “Blizzard of ’93” the year or two before and I thought I knew what deep snow looked like. After watching that film, I gained a new appreciation for everything related to snow.

His voice, his talent, his humor and his travels – along with an endless line up of talented, professional skiers and snowboarders – was unmatched and he will be greatly missed. If you are reading this and have not seen a Warren Miller film – stop what you are doing and YouTube search him…Google “Warren Miller films” and go purchase one. You can’t call yourself a real snow-loving fan of all things snow if you have not had the pleasure of experiencing Warren Miller.

His wit and life experiences allowed him to be quoted with dozens of quotable quotes. Among my favorites are:

2. “If at first you don’t succeed, failure may be your thing.”

3. “Don’t take life too seriously, because you can’t come out of it alive.”

Some of his wittiest were:

4. “People weren’t made to fly, thats why we make kickers.”

5. “On the other hand you have different fingers.”

6. “Never eat in a restaurant that has a bowling trophy on the cash register.” 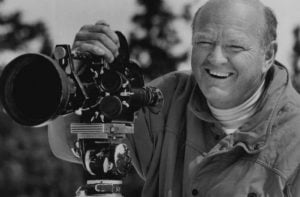 …and probably my favorite:

7. “They say its always darkest before the dawn. So if your going to steal your neighbors newspaper… thats the time to do it.”

Previous Post
Ski Forecast for 1/25/2018. Warmer air moving in but it won’t last long.
Next Post
“If you don’t do it this year, you will be one year older when you do.” – Warren Miller