Get Out Today if You Can, This Weekend is Wet 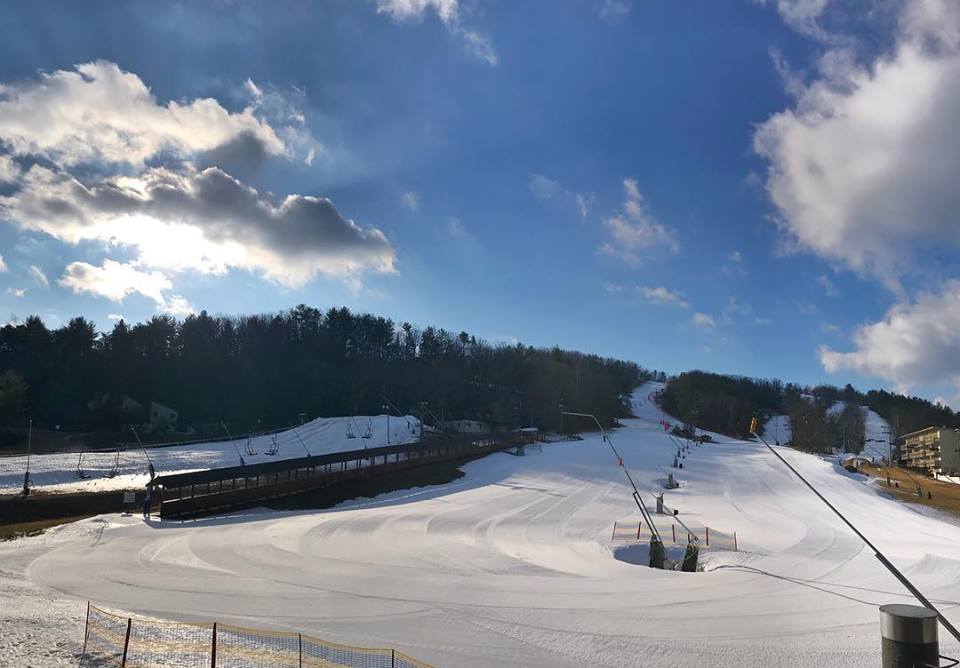 If you are lucky enough to not have work or school today, make sure to get out on the slopes and make some turns if you can.  For what seems like the first time in a long while, if at all this season, we have a weekend where it looks like the entirety of it will see sub-par weather conditions.  Bummer.

Yesterday looked like it ended up being a fantastic day to be on snow.  The featured post at the top was snapped at Bryce Resort in Virginia and shows sun and corduroy.  Nice!  A little bit of snow fell Wednesday night in portions of West Virginia and then a bit more fell yesterday in the morning hours.  Once the sun came out it made for some amazing photo opportunities as evident by the image below which was taken at Canaan Valley Resort.  Justin Harris and the marketing people up there have been killing it this year in terms of media content! 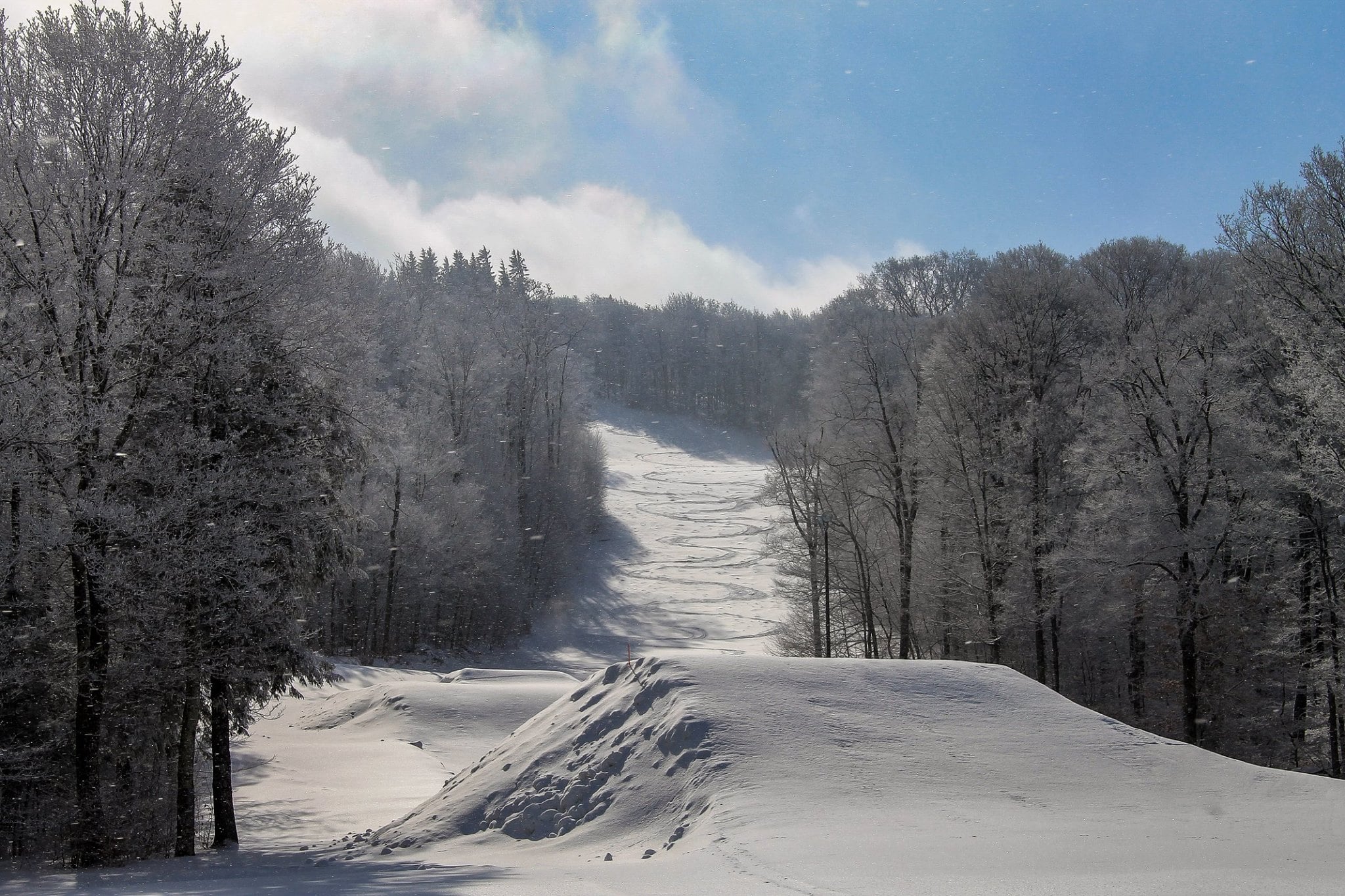 I wish those were my tracks. Photo credit: Justin Harris.

As for today, it’s another fairly brisk morning in the mountains.  However, it doesn’t look like it got quite as cold as expected overnight, especially at the North Carolina ski areas.  As a result, we only have a handful of resorts who are reporting that they made snow in the past 24 hours.  Oddly enough, there were many resorts who were seeing temps in the 20’s though and not making snow.  Hmmmm.  The Virginia ski areas were the most aggressive ones in terms of snowmaking and Massanutten, The Omni Homestead (screengrab below), and Wintergreen all made snow overnight.  Other than those three, it appears that Snowshoe was the only other spot with the guns on.

I was hoping we’d see some more widespread snowmaking last night as the forecast for the weekend ahead is making me cringe a bit.  I consider myself to be a positive, glass half full kind of guy when it comes to snow but I also like to tell you all like it is.  Mike is the same.  And what it is is that this weekend looks close to a washout.  There might be some breaks in the rain here and there, but for the most part underdeveloped snow will be falling from the sky.  As Joe Stevens just told me, it’s not a weekend to ski in jeans.  Ha!  It’s always been looking like it was going to be a weekend featuring showers, but the forecast has trended wetter and wetter in the past day or two.  Here’s Brad Panovich’s latest forecast.

Eek.  As Brad said, this is by far the worst looking forecast we’ve had all season.  We were due for a rough stretch though as the past few months were consistently good for the most part.  What would a ski and snowboard season in the Southeast be without a good old fashioned thaw?

Admittedly, I’m probably not snowboarding this weekend and plan on going to a boat show tomorrow in Charlotte.  However, that doesn’t mean you still can’t have some fun if you are wanting to go skiing or riding.  Grab yourself a poncho or some really good Gore-Tex gear and enjoy the minimal lift lines.  I can’t imagine you’ll have to wait more than a few minutes to get on the chair lift no matter where you go.

There are some events going on as well, especially with this being the opening weekend of the Olympics.  Massanutten’s Snow Moon Fest takes place today through Sunday and features a lot of activities including live music, a beer tap takeover, and fireworks.

Join us as we celebrate the opening of the resort 46 years ago and the kick off to the 2018 Winter Olympics! Events around the resort will include a PolarPlunge, Heavy Seas tap takeover, Lagunitas tap takeover, live music, arcade competitions, ice sculpture, birthday cupcakes, torchlight slope parade & lighting ceremony, fireworks, and more!

So even if the weather stinks you can still have fun.  It’s all about perspective.  A bad day on snow is better than a good day at the office.

If you have time today or this weekend, I highly suggest checking out David McCue’s most recent article.  Entitled “A Deep Dive Into Packing”, he talks about the process and rigors of preparing for a ski trip.  As a weekend warrior who consistently drives to the mountains on the weekend and as someone who’s been out west numerous times it hits home.  It’s a great read!