Our First Ho Hum Day in a Week 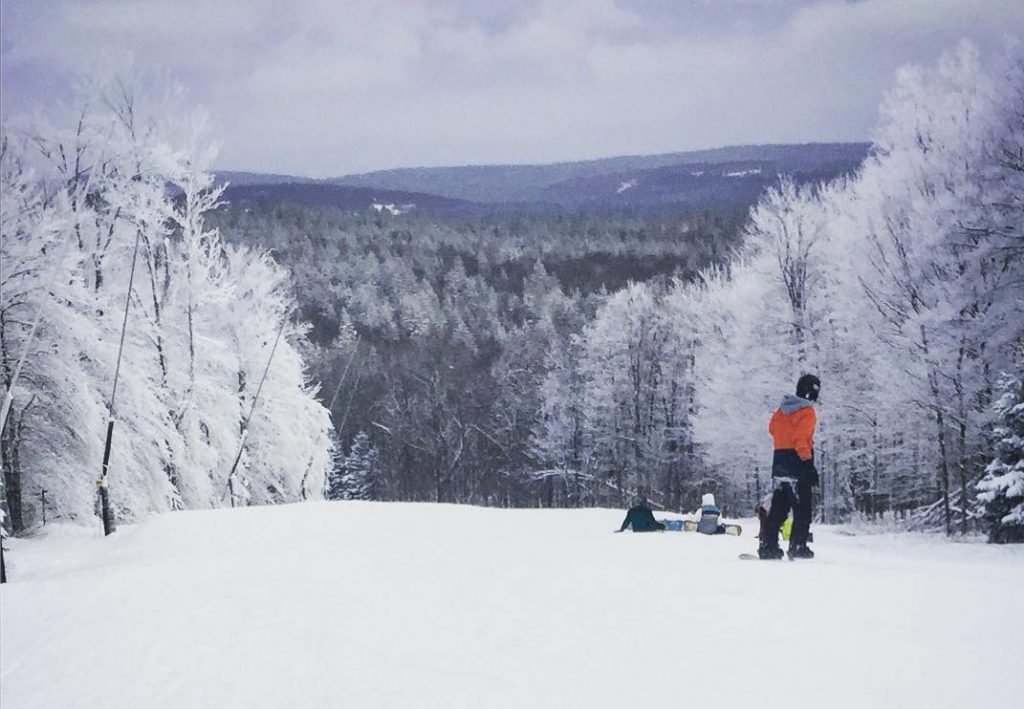 Well, as exciting and action packed as the last week has been, today is one of those blegh days where there isn’t much going on and the weather forecast is a little bit of a bummer.  We’ve been in the icebox for 6 or 7 days now and over the next several days we are going to climb out.  Too far out.  I want to get back in.

After a week of cold and snow and just about around the clock snowmaking for most of the ski areas, temperatures this morning have begun to thaw out.  There is even the re-emergence of the “Wet Granular” surface conditions report for a couple resorts.  Every ski area is above freezing this morning and for the first time in a while nobody made snow overnight.  Unfortunately, we might not see freezing temps again for a while but I’ll get into that here in a few.

Check out the temperature graph below from the weather station at Snowshoe.  It shows how cold it’s been over the past week.  The horizontal line is the freezing line.  They had 150+ hours of sub-freezing temperatures!  They even dipped below 0 degrees for a whole day.

In addition to the milder temps, we have some fog and underdeveloped snow that has already made it’s way to some of the resorts.  The webcams at the ski areas in North Carolina all show foggy, dreary conditions right now while the resorts in the northern portion of the region all look much better.  Compare the current views at Beech Mountain and Snowshoe below.  You can click on each image to enlarge. 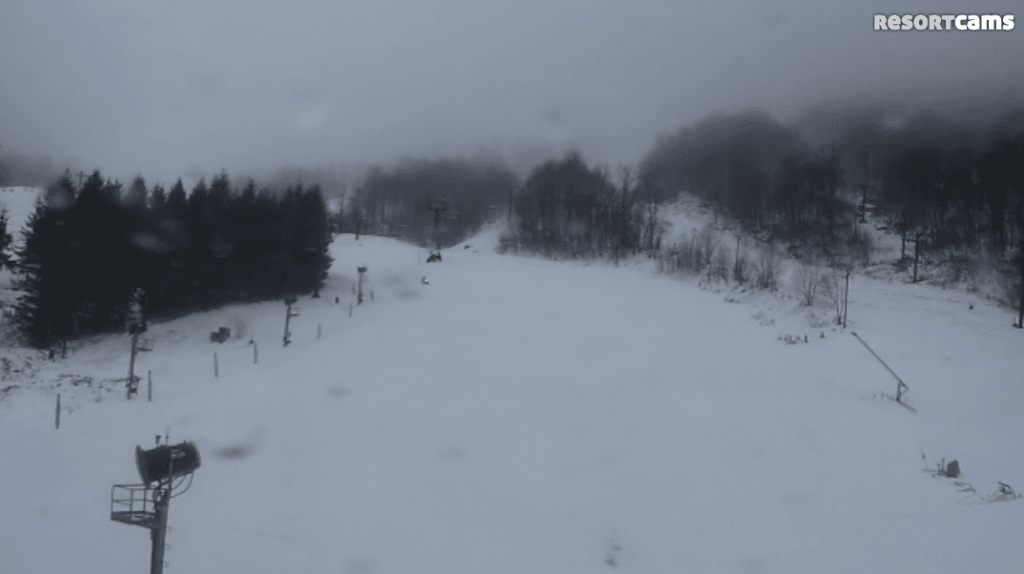 The top of the mountain at Beech is shrouded in fog this morning. 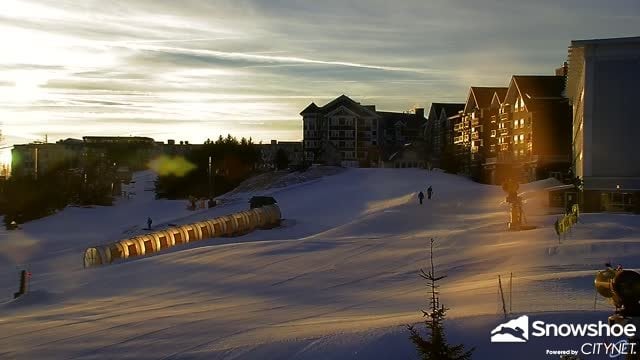 Meanwhile, it looks like a beautiful morning up at Snowshoe.

That underdeveloped snow is forecasted to move into Virginia and West Virginia later today, so if you’re getting some turns in this morning/early afternoon up that way you should be fine.  Night riding…prob not so much.

In general, the weather for the rest of the week and weekend is going to be a complete 180 from what we’ve seen over the past week.  It is going to be much milder and there will even be some underdeveloped snow mixed in.  I mentioned this yesterday and it’s still crazy to see, but the high temperature at Massanutten for tomorrow is 63 degrees!  This just days after they couldn’t sniff 20 degrees.  Winter in the Southeast is crazy.

Tomorrow does look like the best day to get some turns in for the rest of the week.  So while it will be fairly warm, it will be the clearest/driest of days for a while.  Spring skiing conditions will be in effect in terms of how the snow will be (think slushy) and that is super weird to type after we were just in the teens, single digits, and even below zero just a few days ago.

And while the weekend doesn’t look ideal, it doesn’t look like we’ll be seeing a monsoon or anything.  The forecasts for most of the resorts looks like light rain or drizzle although it will be heavier up into West Virginia.

Whatever you want to say about the weather, the snow conditions are still great and should remain that way through the weekend.  The webcams all show great coverage right now and we should see more trail openings in the coming days.  Canaan Valley bumped their trail count to 25 today, an increase of 7, and some others are noting the incoming increase in open trails on their report.  For instance, Wintergreen has this…

During this past run, our snowmakers converted 29 million gallons of water into snow, opened more terrain, and laid down exquisite corduroy. And, we’re not done yet!…we’ll have almost all our trails open for you to enjoy, so come on up!

Hopefully those groomers can get out and spread all of that manmade snow around in the coming days.

David McCue posted his latest article this morning.  In it he makes the trip to Wintergreen this past weekend and gives a nice overview of what he experienced and also has some really nice looking pictures.  Make sure to check it out!

As always, make sure to check out the SNOW REPORT page for the current trail counts, open lifts, etc.  Happy Wednesday!