Every Ski Area in the Region is either ALREADY CLOSED or WILL BE After today – except for Timberline Resort in West Virginia. 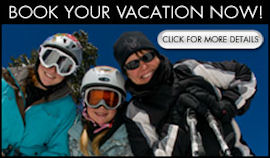 Before I get going this morning on the reporting – I had to post the photo here because seemingly everytime I turned around at Snowshoe this winter I ran into this picture,

It was on most all of their promotional brochures, in the Visitor Centers across the state of West Virginia, in the mailouts that i received in the mail and on their website throughout the season, both on the front page of their site as well as this morning’s SNOW REPORT.

The photo is of my girls…or all but two of them anyway! My wife and two youngest daughters, Carrigan and Madison posed for a photo shoot a couple of years ago and evidently Snowshoe’s marketing peeps really liked it. I know I do! That was pretty cool Snowshoe…thanks for sharing some of my crew’s smiling faces!

OUR LAST DAY OF REPORTING FOR THIS SILLY SEASON!

I always begin my day looking at the ski areas reports and Appalachian and Cataloochee are always #1 and #2 in the order that I work them. Tammy Brown of Cataloochee had already emailed me on Saturday advising that today would be Cat’s last day of the season. So I was prepared to write that Appalachian would be the "last man standing" in the state of North Carolina after today.

As I glanced over App’s reporting at midnight last night I saw the EVENTS section still promoting their annual "Meltdown Games" for March 24th. Then luckily something else caught my eye. In somewhat of a "surprise" Appalachian posted an update on Saturday that today, March 18th would be THEIR last day of the season.

The only reason it is a surprise is that traditionally Appalachian Ski Mountain is the ONLY ski area that actually posts a CLOSING DATE before the ski and snowboarding season even starts – and keeps it – "weather permitting" of course.

One look at App this morning will tell you that "weather WOULD permit" them to continue to operate through next weekend. There IS enough snow on the slopes. They have 9 of 12 trails open today. The weather "would permit" for the coming week as there’s no rain through mid week anyway. Temperatures ARE expected to be in the low to mid SEVENTIES all week, but good grief that’s been the case all too often this winter!

My good friend and Marketing Babe, Tammy Brown of Cataloochee always puts a great face on things. On this morning’s snow report where the BASE DEPTH normally appears and where it reported 20" PLUS on Saturday it now reads "ENOUGH!". Gotta love it!

What is "not permitting" Appalachian and Cataloochee to continue to operate fiscally sound for the next week or two is the same thing that is preventing all of the other ski resorts that had previously announced TODAY as the last day of the 2011-2012 season…and it IS weather related.

It’s the fact that it’s going to be 80° or higher OFF THE MOUNTAIN this week and nobody’s thinking of skiing or snowboarding. Appalachian and Cataloochee both tend to get a fair share of locals and local students who hit the slopes on weeknights, but the decline in those participants combined with NEXT WEEKEND’S forecast of SHOWERS AND THUNDERSTORMS made for the wise decision to call it quits after today.

Appalachian and Cataloochee wanted us to pass along their "THANKS" to all who rode there this winter. We all know how crazy this winter was and they – and the rest of us are already looking forward to better, more pristine (NORMAL) times next season!

So after today, there will be NO ski resort open in Tennessee, North Carolina, Maryland or Virginia.

TIMBERLINE RESORT WILL BE THE LAST RESORT "STANDING"

After today, Timberline Resort will be closed Monday through Thursday however they plan on reopening FRIDAY and operate Saturday and Sunday, March 24th and 25th! They have a "Ladies Cup Race" planned as well. So kudos for Tom Blanzy and his crew! Timberline has 19 trails open today and one look at the LIVE STREAMING CAMERA will show you plenty of snow on the slopes. Now if we can get some people to ride them!

WINTERPLACE HAD SOME SLUSHY FUN ON SATURDAY!

Somehow we missed their St. Paddy’s Day Slush Cup! They had an icy pond setup for the crazies to ride on Saturday. Today will be Winterplace’s final day of the season and they will ride on 5 trails today – dropping five slopes from Saturday’s offerings.

Snowshoe Mountain will boast 44 trails open today. I can’t remember the last time they closed with that many trails operating. They usually close the Silver Creek side for a week or so before seeing the entire mountain close. Of course this is not a normal season.

Snowshoe had planned to remain open for skiing and snowboarding through at least April 1st but backed that to March 25th and then now today.

SAVE BIG BY GETTING YOUR SNOWSHOE SEASON PASS NOW!!!

The first 200 folks to purchase or renew an adult unlimited season pass for 2012-2013 and pay using any American Express® card will receive a $100 American Express® Gift Card! We still have a few left… Buy or renew your pass, today!

ONE POTENTIALLY COOL-ER TWIST OF FATE!

Early last week Joe Stevens told me that Herb Stevens was long-range-forecasting a cold snap late in the month – after every ski area was closed. NORMALLY – all of the ski areas would try to operate though April 1st and Wisp Resort – as well as a couple of others would have attempted to play on weekends through perhaps the 8th.

On Saturday I wrote that I just wasn’t seeing any sign of cold air heading our way anytime soon as perhaps this would be a pretty-Spring season – one in which late season cold and snow wouldn’t "brown up" the blossoms.

NOW this morning, just one day later, it DOES appear that there is at least one more round of cold air coming in LATE next weekend and the following week. So the 26th-30th could be cold, with some potential snow.

Thanks to those who took that time to write me Saturday. I did hear from some people that I haven’t heard from in a while – who let me know that you guys are out there even when we don’t hear from you. There were too many to mention here this morning, but a special shout out does go out to Evan Wiley who did an awesome SNOW DANCE video for us a few seasons ago and to David Harrison from down in Orlando.

Thanks to ALL OF YOU who made this season "memorable"!

We WILL do a season-ending comment or two and we promise to report on IMPROVEMENTS and UPGRADES from around the region during the off-season.

We have some ideas for next season – including an early season SUMMIT of sorts and we’ll talk about that in August. We’re planning on revamping the website during the Summer so stay tuned for those kinds of things as we continue to offer the best that we can in terms of reporting for the ski areas of the Southeast and Mid Atantic.

Thanks SO MUCH AGAIN for making us the most visited ski reporting website east of the Rockies! You guys rock and we appreciate you!