Ending the Work Week on a Powder High 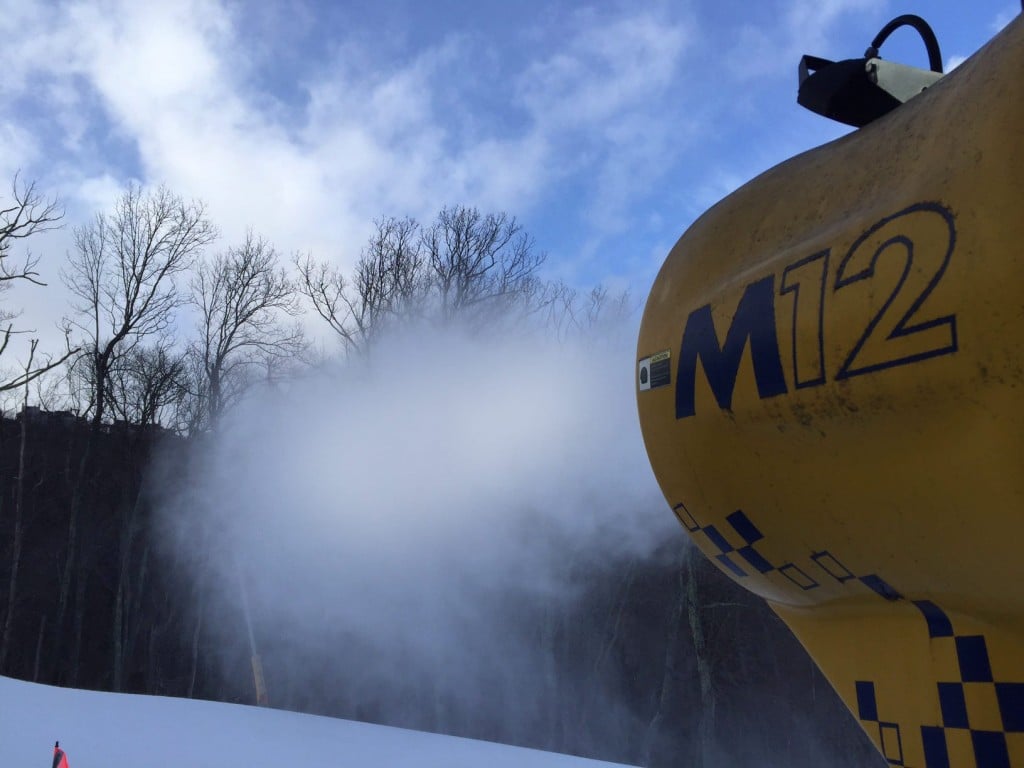 Oh man.  What a great morning we have today.  Monday morning was awful, coming into do the report with the prospect of rain and what not.  The end of the work week is the complete opposite.  There’s several inches of snow that has fallen at a majority of the ski resorts in the region, even a foot plus (!!!!) up at Snowshoe, and colder temperatures have allowed snowmaking to resume at most of them as well.  It’s a powder day!  Good times!

Let’s start with the snowfall numbers…

Well, obviously I have to first mention the 13.5″ number up at Snowshoe this morning.  I was scrolling through Twitter doing my social media scan of the ski areas and this came across…

Well that escalated quickly.. Over 13 inches of snow in the last 24 hours and it's still dumping! #snowshoemtn #powderalert #inthesnowglobe

I had to do a double take this morning when I saw that.  That’s over a foot of snow in the past 24 hours!  Crazy.  The higher end range of the forecast was 8 inches.  To see over a foot was somewhat of a shock.   Thank you Northwest Flow.  Today should be an epic powder day up there and I can’t wait to see the photos and videos that Snowshoe will undoubtedly put it.  They put out a video yesterday previewing the WV Open that happens this weekend.  You can see the snow was coming down pretty hard.

I mentioned yesterday how the NWS was forecasting 2-6″ for the North Carolina resorts.  That pretty much held true with the exception of App Ski Mountain who has only seen a trace.  The Northwestern part of the state is still seeing snow this morning and conditions look pretty gnar right now thanks to low visibility and wind.  Here’s a shot from the Beech Base Cam right now.

The Virginia resorts weren’t able to get in on the snow fun, but they were able to make snow once again overnight.  Massanutten, Homestead, and Wintergreen all fired up the guns thanks to temperatures in the 20’s and upper teens.  Look for them to do so again tonight.  Wintergreen put out their latest “Mountain Minute” video where they talk about the snowmaking in preparation for the weekend.

Mother Nature is trying to make up for a crappy start to the week, and she is doing so at just the right time.  Thanks to the last 48 hours of cold and snow, the weekend should offer some fantastic skiing and riding conditions.  The resorts are, for the most part, all still at or near 100% open and base depths remain stellar.  While the beginning of this week certainly put a hurtin’ on the resorts, it looks like they are going to recover nicely.  The weather this weekend looks great, so make sure to get some turns in!

Brad Panovich literally just sent his latest video forecast in where he talks about the weather this weekend and into next week.  Check it out below.

We are only one week away now from the 2016 Ski Southeast Summit at Snowshoe Mountain!  I’m pumped to think a week from this instant myself and a bunch of people from the site will be cruising around Snowshoe.  I know we’re still 7 days away, but right now the forecast sure looks promising as Brad mentioned in his video.  Temperatures look to be cold, but not too cold.  And it does indeed look like snow is in the forecast as well for mid to late week.  In particular, it looks like our First Tracks on Sunday morning could involve some snow.  I swear, I feel like that always happens.  There is something about the First Tracks part of the Summit that always attracts snow!

We’ve got almost 100 people signed up now and we want you to add to that number and join us!  As a reminder, here’s what you’ll get by joining us.

It is going to be a great time, always is!  Conditions at The Shoe are superb right now and that shouldn’t change between now and next weekend.  So click the link below to get more information and sign up today!

One final thing before I wrap this up.  Canaan Valley is currently offering season passes for next season at the LOW rate of $199.  They call it The Outrageous Pass and it’s an insanely good deal.  Two hundred bucks for a season pass anywhere is outstanding!  You can get more info at the link below.

That does it for me this week. It’s been an interesting one. The title of my post on Monday mentioned a roller coaster week, and that’s definitely what we got.  Such is winter weather here in the Southeast.