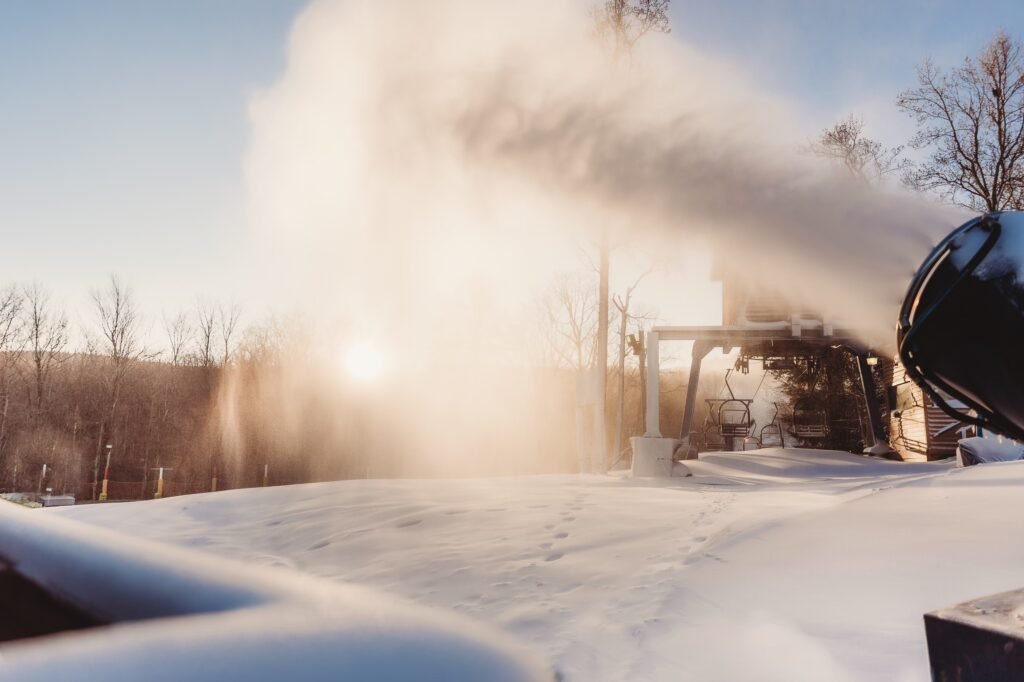 Exactly eight months ago (March 27) I wrote my final column of the 2021/2022 season, not with worry, but with full knowledge that it wouldn’t be long before I would be hearing snow guns causing a roar on the mountain tops in the southeast.

Thanks to every resort in the region stepping up and putting their dollars where their brains are, those hundreds upon hundreds of snow guns produced some awesome early season manmade snow and the 2022/2023 season is off to an awesome start, conditions wise.

I surely hope you have been taking a peak at all of the webcams here on skisoutheast.com, because if you haven’t, you have missed out on seeing some of the biggest whales of snow at all the resorts that I can remember in my 38 years connected with this winter industry.

There is nothing better than seeing all of the pictures of groomers pushing out the snow to get the slopes ready for the season. I can tell you, all of the groomer operators are enjoying pushing around this much of snow, without worrying how they were going to have to connect the dots from one trail to another this year. It puts smiles on all their faces.

As to be expected, which has been the case for the last decade or so, the first resorts to drop the ropes this season were Cataloochee and Sugar Mountain. While other resorts in West Virginia, Virginia, Maryland and Tennessee didn’t waste anytime allowing skiers, snowboarders and even snowtubers (thanks Ober) to enjoy early season fun on the slopes.

In fact, if I am not mistaken, the guys in North Carolina actually opened up for the season before the bigger resorts further north of the Mason Dixon line. I will continue to say that when the temperatures allow, the best snowmakers are located throughout the southeast region.

These early season cold temperatures also have resort operators breathing a little easier as the massive holiday season approaches. It makes it a lot easier to attract holiday visitors when you have more than just a handful of slopes open. May I remind you that for the majority of the resorts in the region, 35-percent of their yearly revenue comes from the three week period of the week before Christmas, Christmas week, and the week after Christmas. Again, as I have said many times in the past, it’s all about the snow. So don’t kid yourself, if there is snow of the slopes, they will come.

By the looks of things, skiers and snowboarders are taking advantage of the very nice early season conditions, as on slope numbers have been very strong so far. One ski operator told me last week that they experienced the biggest opening day crowd that he can remember. Yes, it has been seeing all the first chair pictures that have been displayed by all the resorts. Along with seeing these sights, the smiles that went along with them have been very nice, also.

Another indicator that the season is off to a pretty good start is how busy the ski and snowboard shops are during the early season. When temperatures in the 60’s and 70’s during this time of the year, you can shoot a cannon through the shoppes. But when the buzz is out there about all of the early season snow on the slopes, well things get busy needless to say.

Just the other day, my wife Angie and I took our equipment to Ski Loft in Barboursville, West Virginia for a tune up and you could hardly move in the store. Folks, that is a good sign as during the short time we were in the store, literally to just drop off the equipment, boots, helmets and apparel went out the door.

Usually when I drop off my equipment, I can take a few minutes and talk to the shop owners, but both of them had their hands full, so I look forward to my return trip this week to catch up on the latest. If you are looking for the latest industry happenings, there is no better place to find out the latest info than to check in with your local ski shop, if you are lucky enough to still have one in your area.

As many of you have already made your first turns of the season, I am still waiting to hit the slopes for the first time this season. Yes, I am looking forward to those first turns on my snowboard as readers of this column might remember my last trip to the slopes last year was on skis. Which was the first time I was on two planks since 1997. Yes, I am looking forward to dragging my knuckles again.

Going to close out this week with something that happened during a TV interview I did last week. Most you know how I feel and react when someone calls manmade snow, artificial snow. It absolutely makes my head explode, just ask my family. Well, the host of the show I was on made a comment about all of the artificial snow on the slopes already this season. Boy did I ever give him a quick snowmaking 101, reminding him (who actually knows better) that there is nothing artificial about the manmade snow that covers the trails right now. Reminding him that it takes real cold water, mixed with real cold temperatures to produce real manmade snow. I made sure he knew that artificial snow was something that came out of a can to spray on windows. I must admit, I always enjoy making that point, just saying.

Previous Post
Saturday’s Weather to be a SUNday. Lot’s of Sun. Sunday’s Weather, not so Much.
Next Post
Ski Mountains to See a Rainy Start to Sunday