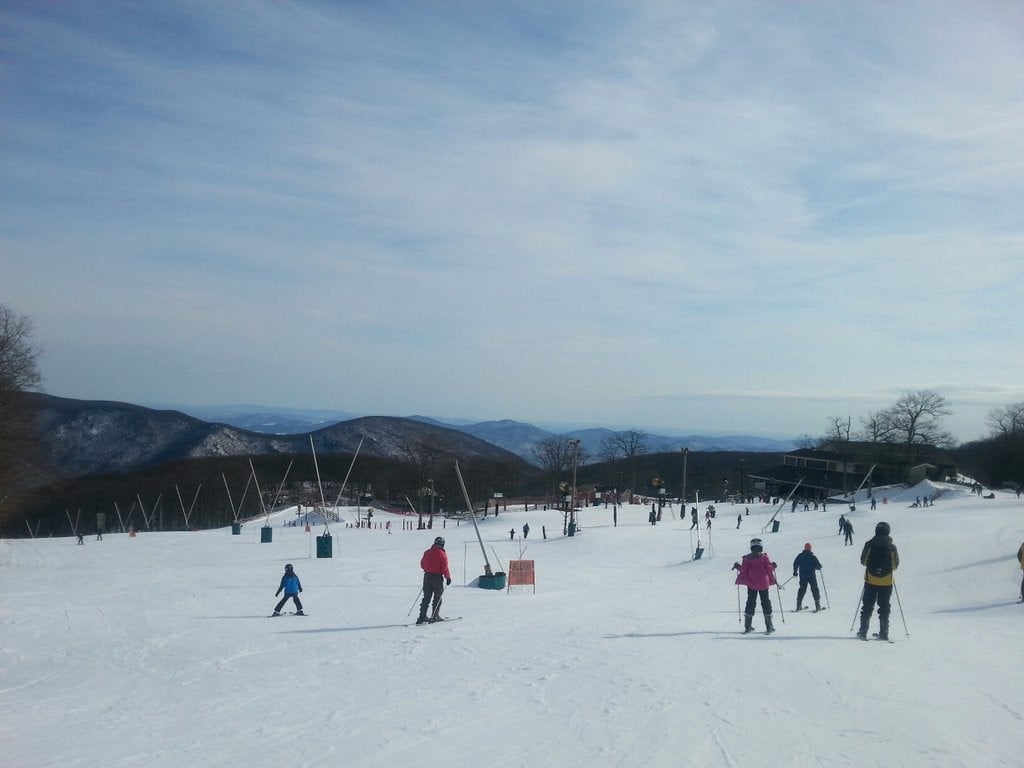 The rain has come and gone and colder air is starting to filter back into the region.  As I mentioned yesterday, it wasn’t really a lot of underdeveloped snow that we had to deal with.  In fact, it looks like at least the first half of yesterday was pretty nice for some parts of the region.  Check out this tweet from Wintergreen around noon yesterday.

Looks awesome!  I still have to get up there at some point this year.

I’m looking around on CoCoRaHS and Weather Underground at a bunch of stations and the general consensus is that a tenth to a quarter of an inch of rain fell.  That’s nothing!  There’s still plenty of snow from this past weekend’s storm on the ground too.  David Lesher up in Canaan Valley is reporting that there is still 15 inches of snow on the ground up that way.  Similar amounts can be found in other parts of the region.

A few resorts lost some inches off of their base depths as a result of the underdeveloped snow.  I like to see the honest reporting in regards to that.  Just wanted to mention that.

As I mentioned, colder air is moving back in.  Many of the ski areas are at or below freezing this morning but many have held off on snowmaking for the time being.  The only ones I saw that noted that they made snow were Snowshoe and Timberline.  Here’s the view at Silver Creek up at Snowshoe this morning.

It looks like Sugar Mountain has just recently turned the guns back on as well.  I’m looking at the Sugar Ski & Country Club cam and I see some snowmaking on Oma’s Meadow.

One note about Timberline, we might be switching their webcam over to the streaming version today at some point.  They just recently upgraded their Internet connectivity up there and it might be fast enough to support a live stream.  I’m going to play around with it some today and see what I can do.  Keep checking their WEBCAM PAGE throughout the day and follow us on Twitter and Facebook and I’ll make sure to post a status update if/when it happens.

We should see everyone resume snowmaking today or tonight.  Temps are going to dip into the 20’s tonight for everyone, so tomorrow should have a nice little refresh of manmade snow on top.  Same goes for tomorrow night as most everyone will once again dip below freezing.  Nice!

Some light snow showers are in the forecast for Friday.  It’s not a lot, but a inch or two is possible for some.  Here’s what the NWS thinks right now. 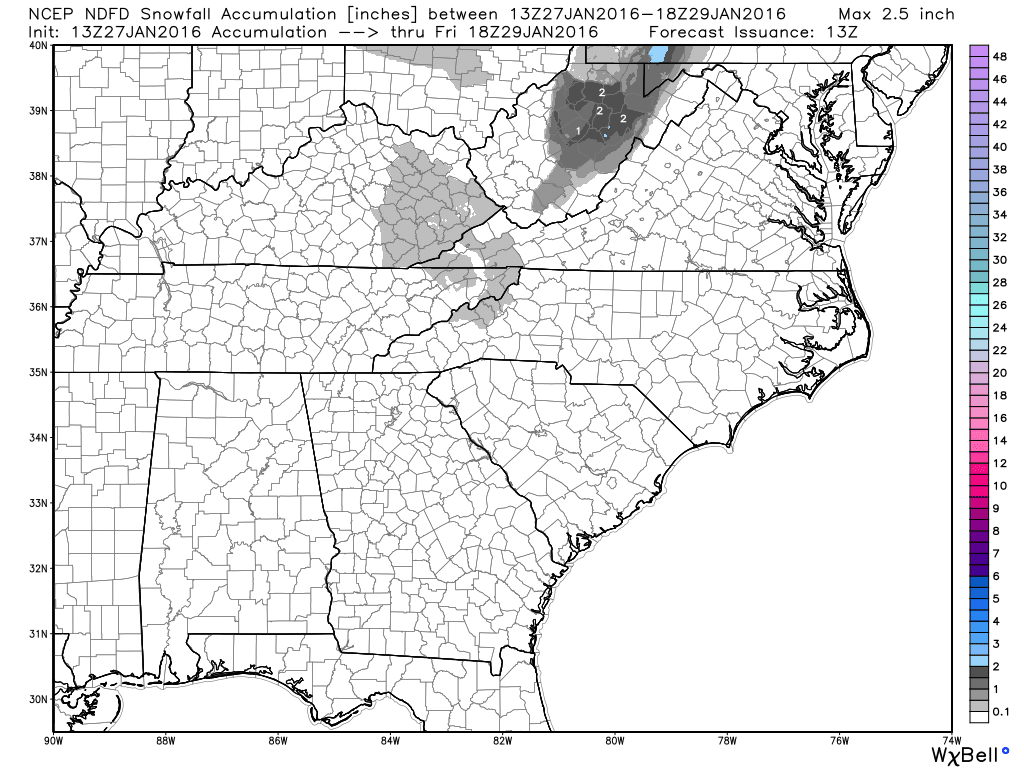 It’s not much but a few inches up in West Virginia would make for a nice start to the weekend, which is shaping up to be fantastic by the way.  It’s going to be quite the contrast from last weekend.  Last weekend, it was a full on snow storm.  This weekend is going to be a complete 180 with sunny skies and warmer temperatures.  It should be quite amazing.  I’m looking forward to riding in a hoody.

We have another entry into the 100% Open Club, and that would be Wisp Resort in Maryland.  They now have all 34 trails open.  Interestingly enough, I just looked at the webcam and I swear I saw some flurries flying around.

I mentioned yesterday how Canaan Resort was 100% open.  Today they are at 46 of 47 trails.  What I wanted to mention is the fact that they have three new glade skiing trails this year, which is how they have 47 trails this year instead of 44.  I don’t know how Mike and I missed this as it’s on the front page of their website!  Those glades are open right now and should be in great condition after the several feet of snow this past weekend.  Tree skiing/snowboarding is the best!

Cataloochee is offering a pretty sweet deal right now that I think is worth mentioning.  For $299, their Slide in 5 deal gets you 5 lift tickets, 5 ski rentals, and 5 lessons.  Even better, if you complete your five lessons you get a free pair of Elan skis with bindings.  That sounds like an amazing deal.  CLICK HERE for more details on their site.

That’s it for the Hump Day update.  Near peak season conditions persist and await you.  Make plans to go skiing or snowboarding this weekend!  Just do it!